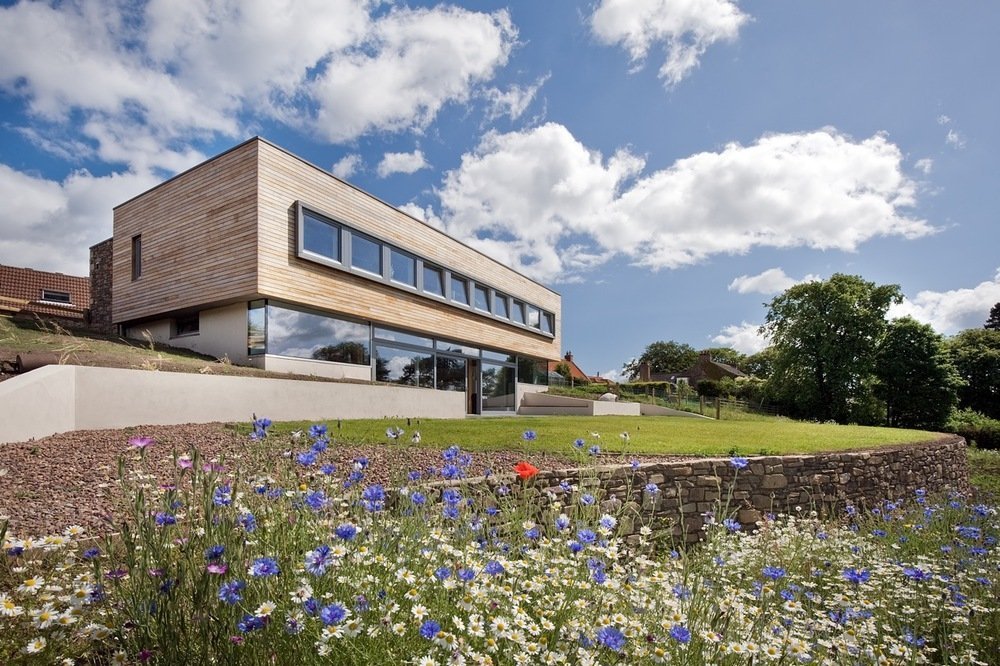 Following hard on the heels of their involvement with the ‘Best in Show’ garden at the Malvern Spring Gardening Show, Rainharvesting Systems Ltd are pleased to be part of another award-winning design – this time the ‘Home of the Year’ in the Grand Designs Awards 2011. The two awards together indicate to the UK’s longest-standing advocate of rainwater harvesting just how much this sustainable method of water supply has been integrated into mainstream thinking, and is now seen as part and parcel of modern developments.

The judging panel of the Grand Designs Awards, which included Kevin McCloud who’s well-known as the presenter of Channel 4’s Grand Design programme, gave one of the top honours to a contemporary home which was built to replace a 1970’s bungalow.  The new dwelling had to provide space for a growing family and take advantage of a hill-side setting.  Venner:Lucas Architects, who designed the house, also wanted to use environmentally-friendlier features as part of the day-to-day functioning of the home.  Rainwater harvesting was chosen as the water source for flushing 4 toilets and to water the garden, and Rainharvesting Systems Ltd was chosen to supply the system.

The rainwater harvesting system collects the 600mm annual rainfall from the 140m2 roof, cleans it, and stores it in the 4,000 litre tank which is underneath the house.  This should mean that 38,000 litres of water used in the house every year comes from rainfall and not the mains water supply.  This also helps to reduce water bills by £40 each year.

He added “Harvested rain water can be used around the home when drinking-quality water isn’t essential – for example washing machines, toilet flushing, watering the garden, and cleaning the car.  Surprisingly 50% of water we use in the home is for reasons other than drinking or cooking.  Using rainwater means that water isn’t taken from the mains supply and this can really help to reduce the amount of water drawn from reservoirs and rivers that supply our water in the first place.  Believe it or not, on average the UK has a lower amount of raining falling per head of population than in the Mediterranean, and the Environment Agency predicts that climate change could reduce the amount of water in rivers by up to 80% by 2050.  The dry spring this year was a taster of how short of water we may be in the future.  So we really need be re-think where we collect our water from and how it’s managed.”