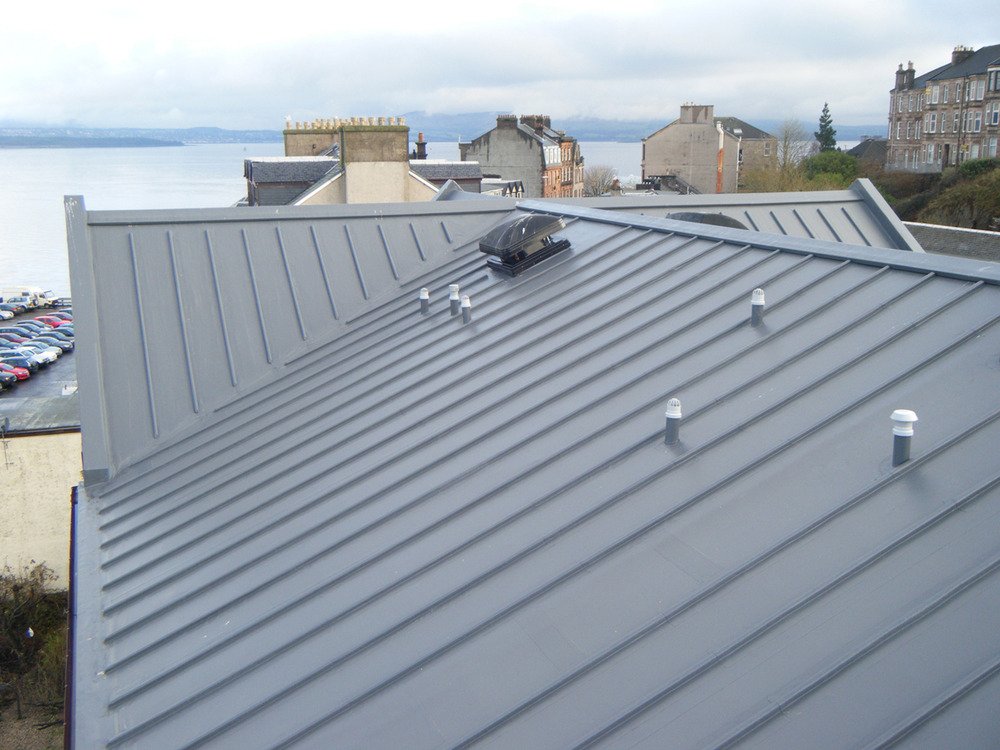 Before it was refurbished with a Sarnafil roofing system two years ago, the Admirals Court residential block of flats on an exposed Scottish coastline in Inverclyde regularly lost roof tiles and, subsequently, racked up insurance claim after insurance claim as a result of storm damage.


Located on the coastal tip of Gourock, the building is battered by harsh weather and gale-force winds that easily dislodged and lifted off the existing lightweight concrete tiles. When the building’s insurers said they were considering withdrawing storm damage cover because of the excessive number of claims, Gerry Gilroy, director of building surveying from the building’s property manager, Ross & Liddell Limited, was charged with finding a lasting solution. 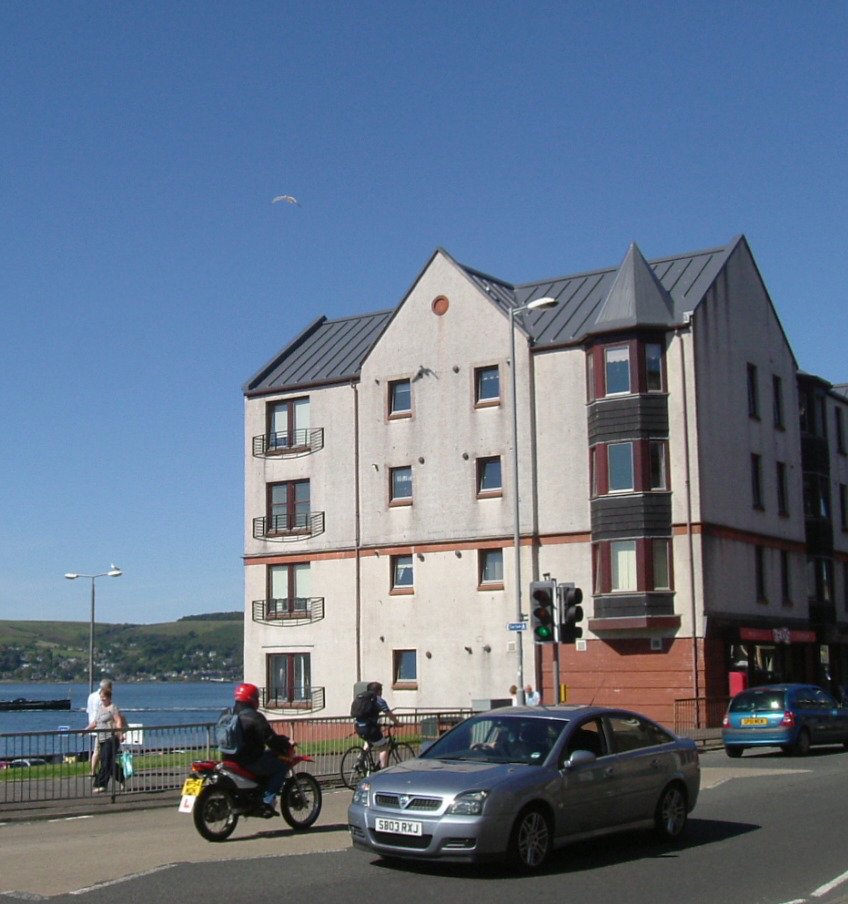 “Due to the nature of the roof structure we couldn’t re-cover with a more robust material than the existing tiles, so had to consider an alternative covering,” Gerry recalls. “I’d in the past re-roofed a building with Sarnafil to mimic a copper-covered roof, so I suggested using single ply to mimic a lead roof for this building. The idea was acceptable to the planning authorities and thereafter we sought a single ply membrane that could do the job. From a pricing exercise Sarnafil proved to be the most economical, and was instructed as a result.”

WG Walker’s Allan Thomson says the project would have been a breeze – but for the building’s extremely exposed location. “This was a challenging job due to the coastal location,” he reveals. “Work started in March when it was very windy and rainy. We had to strip the tiles, remove the rubbish and get the building watertight as soon as possible – with the building occupied throughout and surrounded by a public carpark this was no mean feat! Unfortunately on a few days it was just too windy for us to get up onto the scaffolding, but when conditions were kind to us we were able to get the job done relatively quickly.”

After making the roof watertight with a Sarnavap 5000E SA self-adhesive vapour control layer, Allan and his team secured 500sq m of S327-12EL single ply membrane in Lead Grey with timber batten roll profiles fixed to the roof’s joist posts, providing optimum protection against wind uplift. “This made the roof covering extremely secure,” he adds. “Overall, the project was a success and the new roof looks really good. I hear the residents are very happy because the old tiles used to ‘chatter’ at night in the wind, but there’s no noise now.”


Having successfully weathered two harsh winters already, the roof is set t o withstand the worst the Scottish weather can throw at it for years to come, thanks to Sarnafil’s 10-year extended products guarantee and BBA-certified life expectancy ‘in excess of 35 years’ for 1.2mm membranes of this type.

As Gerry concludes: “Following the roof’s re-covering in Sarnafil, we’ve experienced two winters; the most recent having several instances of strong gale-force winds. But the new roof covering has survived without the annual storm-damage remedial works previously required, which is terrific news.”


As part of the service, Sarnafil Roof Management surveyor John Potts saw the project through from tender and design to final inspection and guarantee. He too is pleased with the roof’s performance: “The roof’s lightweight design and vented ridge certainly gave us a challenge due to the building’s susceptibility to dreadful weather conditions. But the fact that it has now survived two winters is testament to the performance of the Sarnafil system. It also highlights how Roof Management can give clients peace of mind because we take full responsibility for the roof, ensuring they are protected against the risks of incorrect design, defective materials or poor workmanship.”