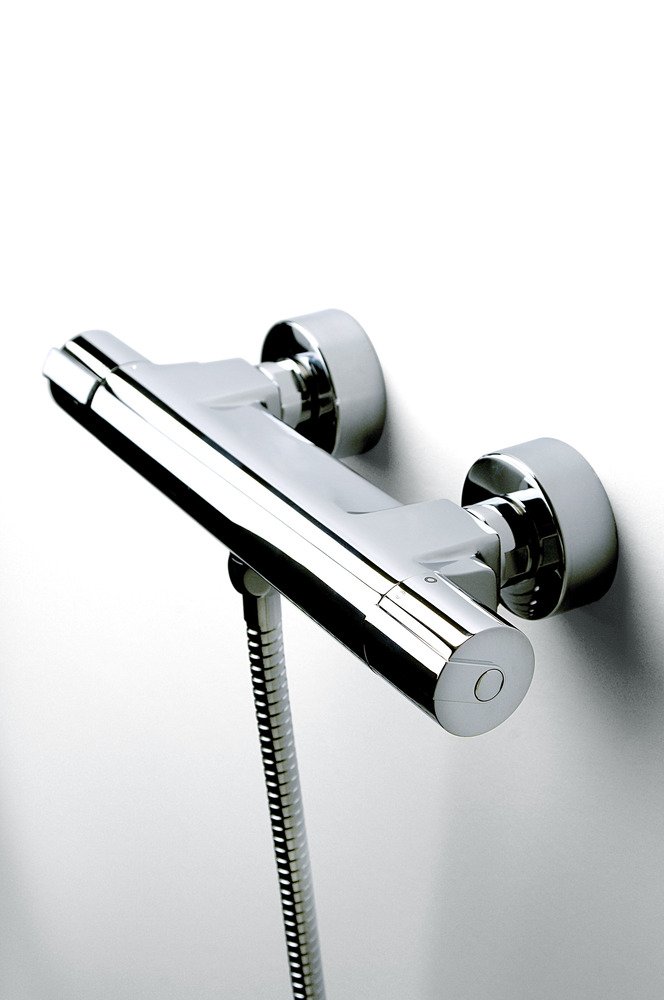 Intatec has introduced a new range of showers featuring its Safe Touch technology, bringing extra safety and comfort to every bath and shower room. The safe touch effect is simple; shower bodies that are never more than one degree warmer than the water coming out of the shower. This is in contrast to normal shower bodies where metal parts can become as hot as the hot water coming straight from the boiler or storage tank.

Vue Safe Touch has an ingenious design. The brass casting of the shower valve incorporates a sleeve of hot water at outlet temperature all around the outside of the shower body, rather than hot at one end and cold at the other. This innovation keeps very hot water away from the surface of the valve. The Vue Safe Touch still has hot and cold water inlets in conventional positions and also uses Inta’s standard anti-scald cartridge technology, which means these showers are as easy to install and maintain as any of Inta’s other showers.

Darran Bougourd, sales director at Intatec, said: “Burns from thermostatic shower valves are unlikely to be severe, but to vulnerable groups such as the young or the elderly, they still represent a concern. To those who aren’t vulnerable, they just represent an irritation.

“You can enjoy a shower without risk of accidentally burning yourself on the shower valve, unlike other types of valve, which can get very hot at one end and very cold at the other. The Vue Safe Touch range introduces a new era of comfort in showering, whilst removing the only remaining burn risk in the bathroom.”

Intatec’s shower range will work with any type of hot water system across a wide pressure range.

For more information on Vue and other Inta showers visit www.intatec.co.uk or call 01889 272 18