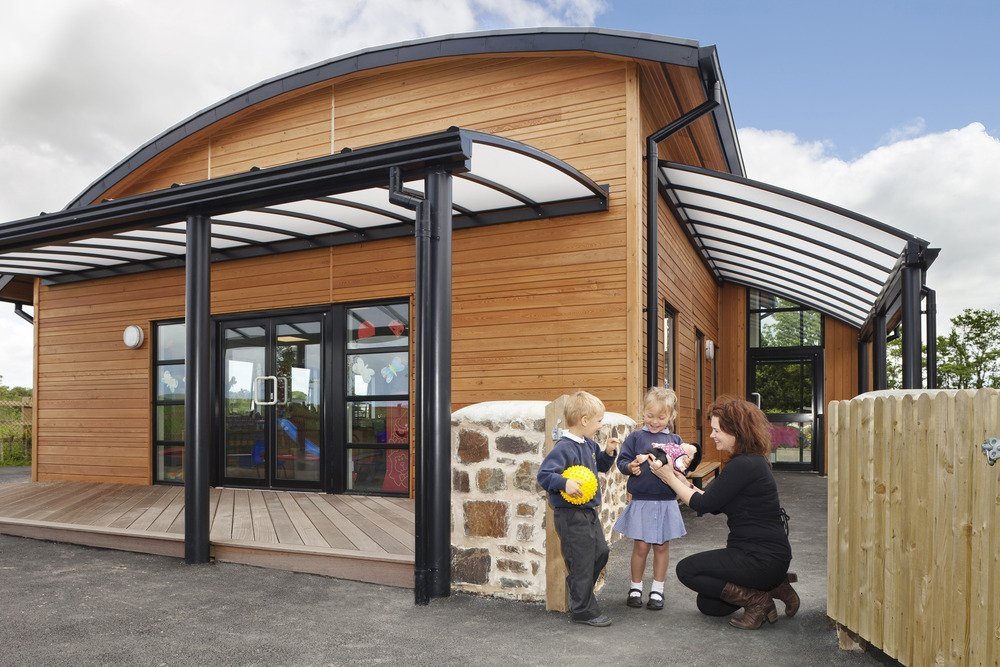 “This is an outstanding and very special little school … it is accomplished in making the very best use of its limited site and accommodation to meet the pupils’ differing needs.”

These glowing remarks are from the introductory lines of the 2008 Ofsted Inspection Report on St Giles-on-the-Heath Community School, near Launceston, Devon.  If you are ever driving that way on the A338 you will pass the school in less than three seconds, but it seems that there has been some dedicated effort put in by its head teacher and her staff over recent years to make it what it is – a little school with a great atmosphere.

Pivotal to St Giles’ continuing development was the provision of a similar property for the pre-school department of Devon’s Ermington Community School by Neath Abbey based Wernick Buildings. This proved to be just what was needed for that community, so the designers, NPS South West were subsequently asked to provide three more modular building designs for Devon County Council based on this successful project. St Giles was chosen to receive one of those designs.

The school roll at St Giles has doubled in the last twelve years to 102 pupils, with an additional 26 children in the pre-school department for 2 to 5 year olds.  This part of the school’s activities was formerly privately run, but has now been absorbed into the school and is operating in the new purpose designed building. 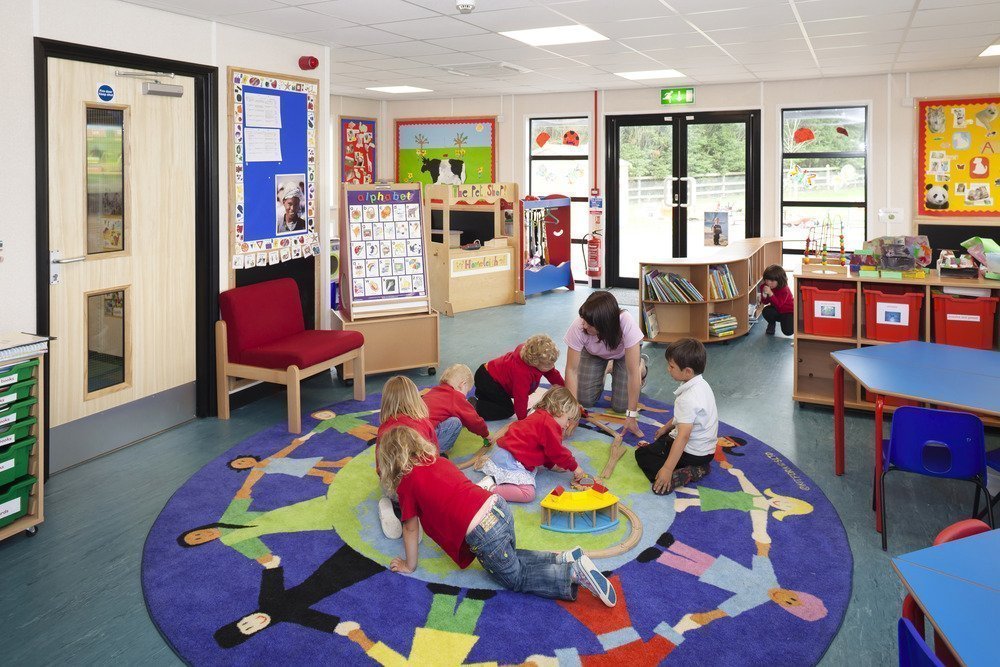 The exterior of the new modular building is finished in Siberian Larch; a sustainable wood that also compliments the school’s environment.  It has a large entrance lobby, an en-suite kitchen to the spacious main room with a cooker and dish-washer, and disabled and children’s toilet facilities. Charlotte McCarroll, the unit’s manager and teacher, described the outdoor provision for the building as, “wonderful for exploration and gardening”, as it has its own spacious grounds with pathways and a garden where the pupils can be involved in growing food so that they experience the dig, plant, cook and eat cycle first hand.  A covered decking area is described as “fantastic” by Charlotte and her staff of four support workers, who can now allow the children to play outside in inclement weather.

“This new building is light years away from our previous accommodation”, said Charlotte. “In the old building, we had a much smaller area to work with and the children had to walk through the school and then through a second classroom to get to our outdoor decking. In March this year we opened as a Foundation Stage Unit and the school took over the running of the pre-school.  With the addition of this new purpose designed building St Giles School has probably experienced one of its biggest changes since it was founded in 1901.

After the new building’s ground works had been completed the four bays which comprise the modular building were delivered and craned-in in one day. Actual time on-site to finish the building was eight weeks.  The property’s natural stone perimeter walls and Siberian Larch exterior complements the school’s rural environment. “Our children and their parents love this new building”, said Charlotte.

A similar traditionally built structure would take 20 weeks or more to complete. A greatly reduced on-site time scale is particularly important in any community, but in St Giles’ locality, it was a major consideration. At a school or college campus the ability to schedule the delivery of a modular building to coincide with holidays or weekends is often a major consideration for senior staff.  As it happens this arrangement was not necessary at St Giles as the craning-in of the four modules was started at 5.30 am on a weekday morning during term-time and was finished by 8.00am, so Holly Torvell, the school’s head teacher, was able to claim that the school’s day-to-day activities were not really affected by noise or any other environmental disruption from the building site.  With modular build most of the construction is completed in a controlled factory environment, so the presence of delivery lorries and other heavy plant on a client’s site is dramatically reduced, thus minimising the impact on the area and reducing the possibility of any health and safety risks.