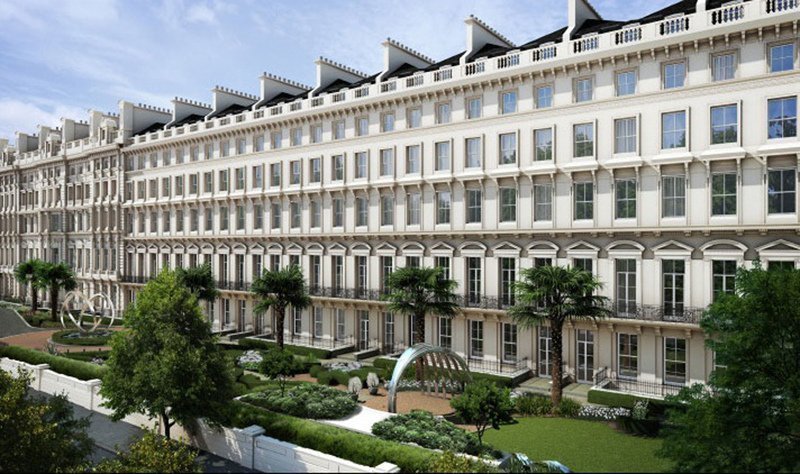 Nearly 200 cubic metres of redwood, 2,500 square metres of glass and 3,000 litres of paint have been transformed into 865 high performance, replica sliding sash windows, balcony doors and sliding doors in a £1.4m contract at London’s most prestigious new address.

It’s the work of specialist timber door and window maker George Barnsdale & Sons, whose products are still wholly designed and manufactured in the UK, and who were specified for the project for their ability to match the stringent requirements of planners, and the need for acoustic performance at this iconic Grade II listed building.

The Lancasters is one of the longest and tallest of the stucco-fronted Victorian terraces in London. Behind the listed façade, the price list starts around £1m, rising to in excess of £30m for a four storey apartment with swimming pool and gym. Sales have remained strong since the launch, despite the financial difficulties that have afflicted international markets, boosted by a show apartment that was designed by Lord Linley. Just 19 of the 77 apartments remain for sale at the prestigious W1 address, which faces south over Hyde Park. 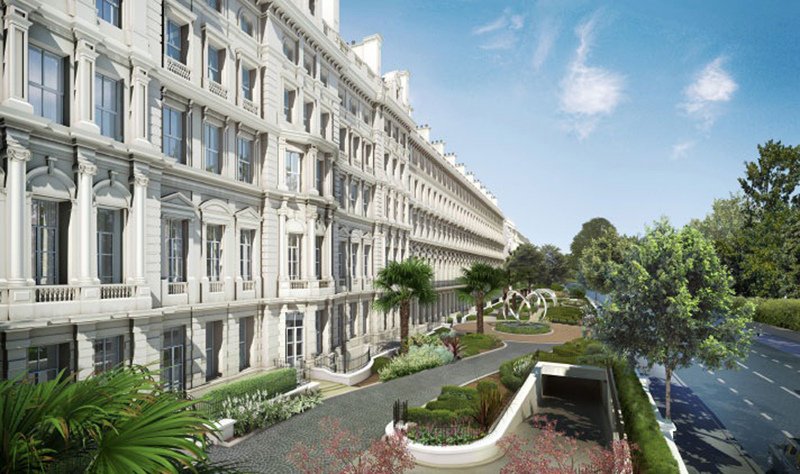 George Barnsdale & Sons have been involved from the start, and were chosen for their mix of heritage and technology, which enabled them to meet planning requirements to recreate the sliding sash timber windows and balcony doors, without any compromise on technical performance.

Paul Howat of Northacre explained: “In the past we have tried sourcing windows from Eastern Europe but they simply didn’t match up to our quality standards. For The Lancasters, the team at Nilsson Architects started out afresh to find and specify a company that could satisfy the performance and aesthetic criteria, as well as handling the sheer volume involved.

“Barnsdales were able to offer us the design service we needed, and a good, prefinished product. There have been many problems in retaining the façade, but none have been due to the windows. The only snags have been where windows have been damaged by others on site.”

The total project for George Barnsdale has involved 800 windows, many of which are sliding sashes, 250 are balcony door sets which stand 3.2m high, and there are nearly 30 sets of huge sliding doors, at ground level. All were pre-finished before delivery to site in their in-house robotic paint plant, completed early this year and the first of its type in the UK, employing technology and techniques previously only seen in the automotive manufacturing sector.


All of the timber in the windows and doors is FSC-certified, with frames constructed from a Redwood WoodHeart® timber, which is X-ray selected as part of the quality assurance process. Door sashes are made from engineered Red Grandis, which has high durability and resistance to fungi. 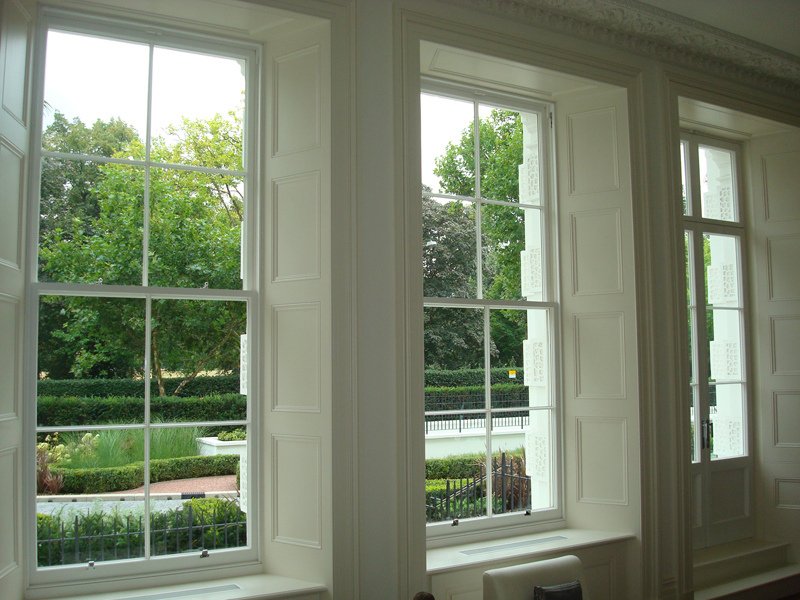 Door and window hardware has been supplied by Roto. The balcony doors are hung with a system that includes concealed hinges and all-round locking from mushroom-headed compression adjustable security cams. The patio style doors use a Roto slide mechanism which uses gaskets to avoid any need for lifting before sliding, and incorporating a fully secure night vent. 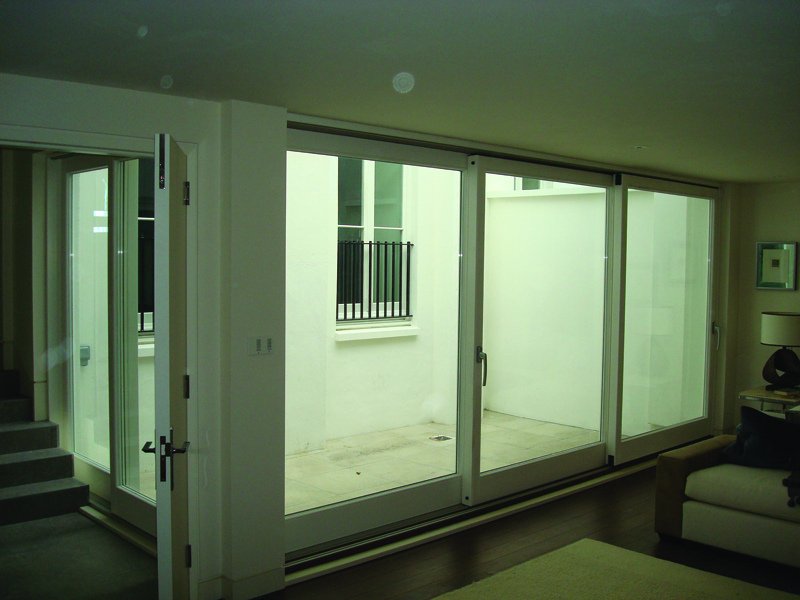 Barnsdale managing director Stephen Wright said: “It’s been a fascinating and challenging project, although we were confident that we were well geared to match up to both the planning requirements and performance with our designs and systems, using high quality ironmongery that looks the part, whilst still delivering great performance.

“The property market may still be in the doldrums generally, but we are working with other major developers on other major prestige developments in the capital, which reinforces our reputation in this field.”

The French Renaissance style Terrace is 130m long with a 30m high façade and is believed to be the longest in Europe. Originally 15 very large, separate houses, it was converted to a hotel in the 1970s, when much of its interior period detail was lost. It has now been fully restored by developers Northacre and Minerva in a three-year £120m project. 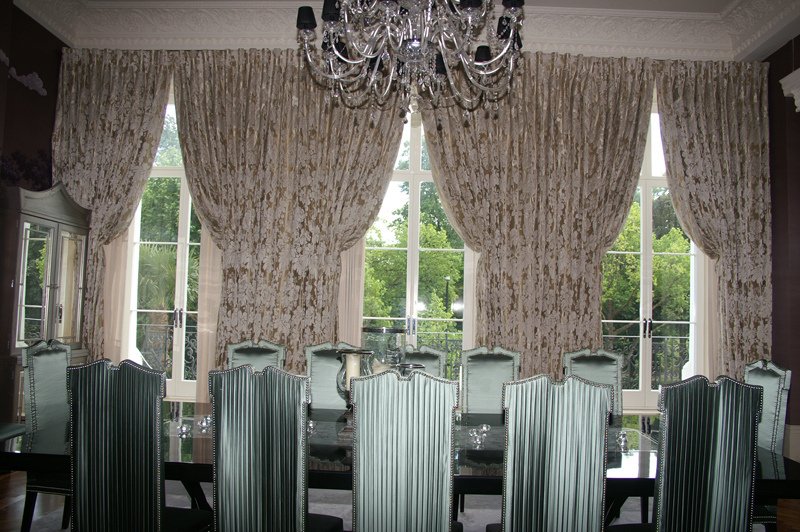