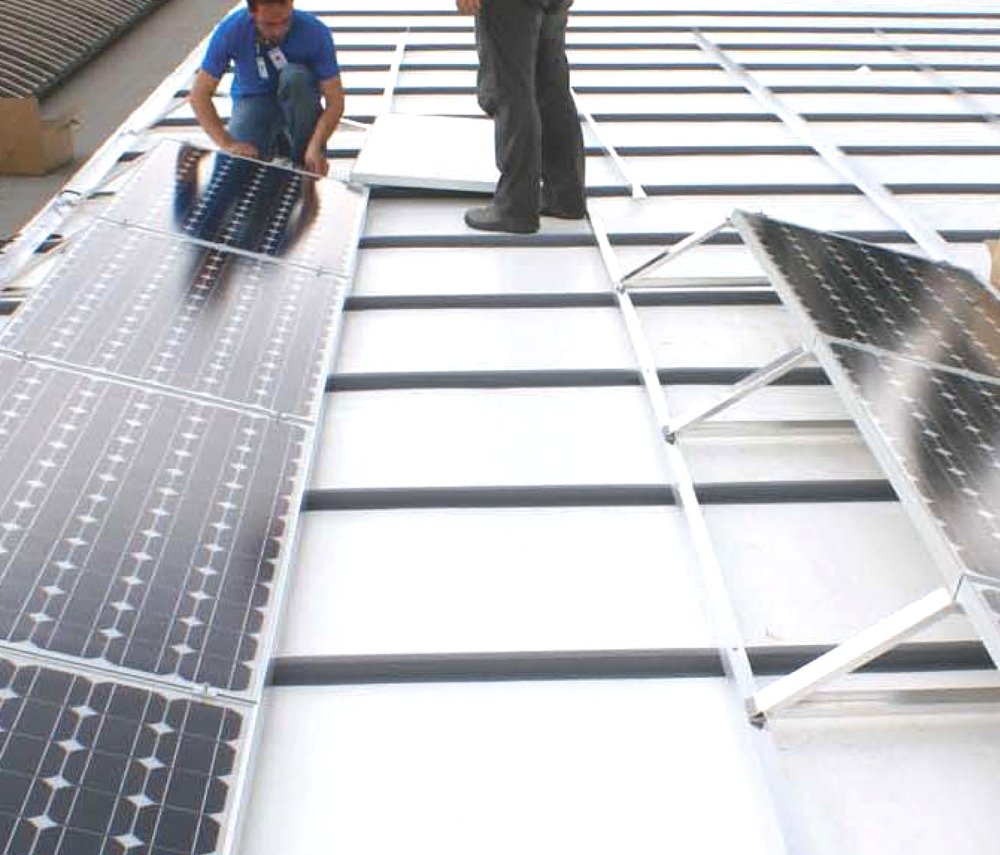 Renolit’s Alkorbright single ply membrane has been independently tested in Italy and the USA, returning the highest reflectivity ratings.

High reflectivity means a cooler rooftop, assisting the efficiency of crystalline silicon cell based solar panels. Reflected rays also can significantly influence the performance of  CIGS based panels by reflecting rays back from the roof surface to the panel. 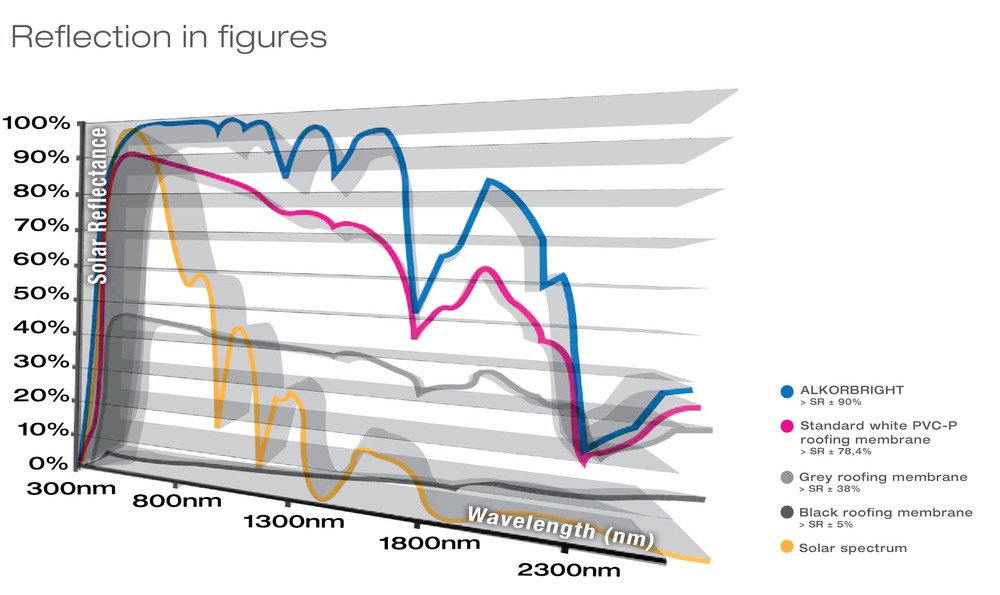 Independent tests in Italy and America

The Alkorbright single ply membrane is a ‘through colour’ white composition with a lacquered surface that prevents the build up of contaminants and ensures easy maintenance. Initially the membrane’s reflectivity was measured by the Group’s own testing laboratories where technicians arrived at a rating of 90%. 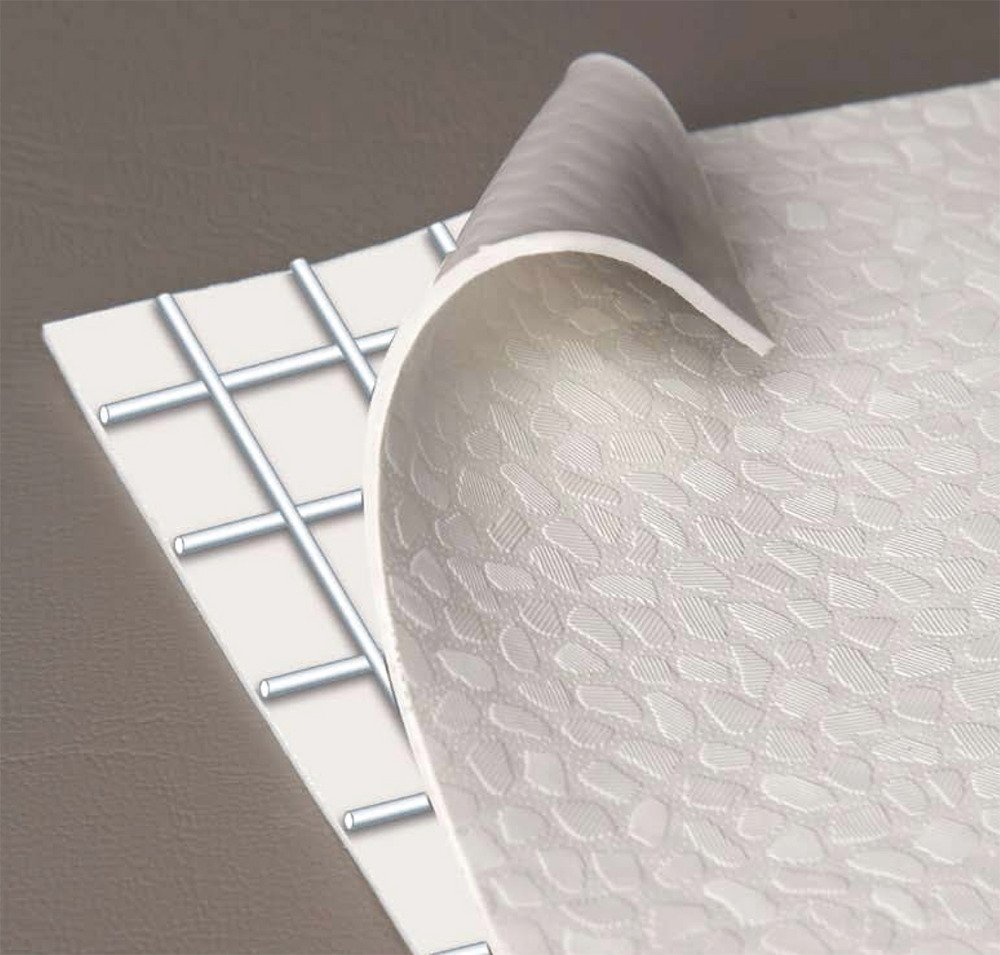 The company was acutely aware that potential customers would require an independent rating and turned to the University of Modena in northern Italy to conduct the research. The University’s technicians actually returned a higher reading than the Renolit team –  in excess of 91% and almost 92% total reflectivity.

In the USA, where the Government offers significant financial incentives for cool roof installations, the independent CRRC (Cool Roof Rating Council) has only recently conducted very similar tests and lists the Alkorbright membrane as returning the world’s highest solar reflection at 91%.

Solar panel manufacturers utilise a variety of different technologies, one of which is copper indium gallium selenide based – CIGS for short. CIGS based panels are only affected by certain parts of solar radiations striking the panel. The performance of these panels is also greatly influenced by the same portion of the solar spectrum being reflected back from the roof surface to the panel. In order to arrive at a CIGS reflectivity rating, it is only the same specific portion of the solar spectrum that is analysed. Once again the Renolit Alkorbright membrane returns a 97% CIGS rating! 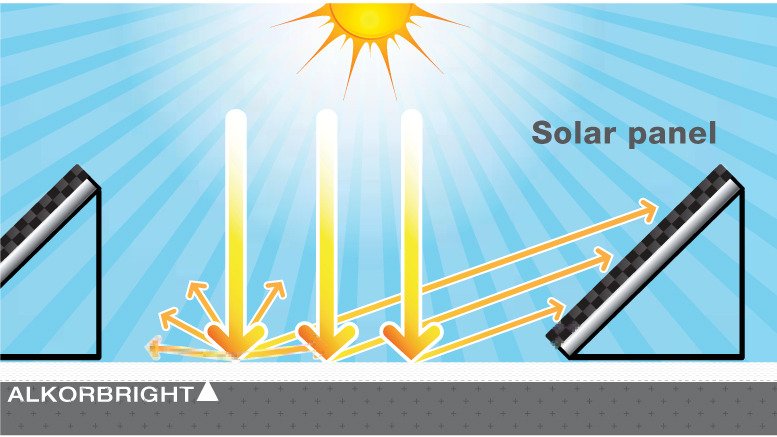 In most industrial and commercial applications – and supermarkets are a good example – the panels are likely to be installed on new or maybe existing flat roofs. When these surfaces are waterproofed using the Alkorbright single ply membrane as opposed to a regular grey membrane, the increased return to electrical power output by solar instalations equates to around 4% for photovoltaic systems, and 9% for solar thermal systems.

The ALKORBRIGHT membrane is installed using virtually the same installation techniques as Renolit’s ALKORPLAN range of membranes, and is complemented by the manufacturers unique ALKORSOLAR profile carrier system.

More informaton on the Renolit range of single ply roofing membranes can be found at www.alkorproof.com. For technical support call: 01670 718283.