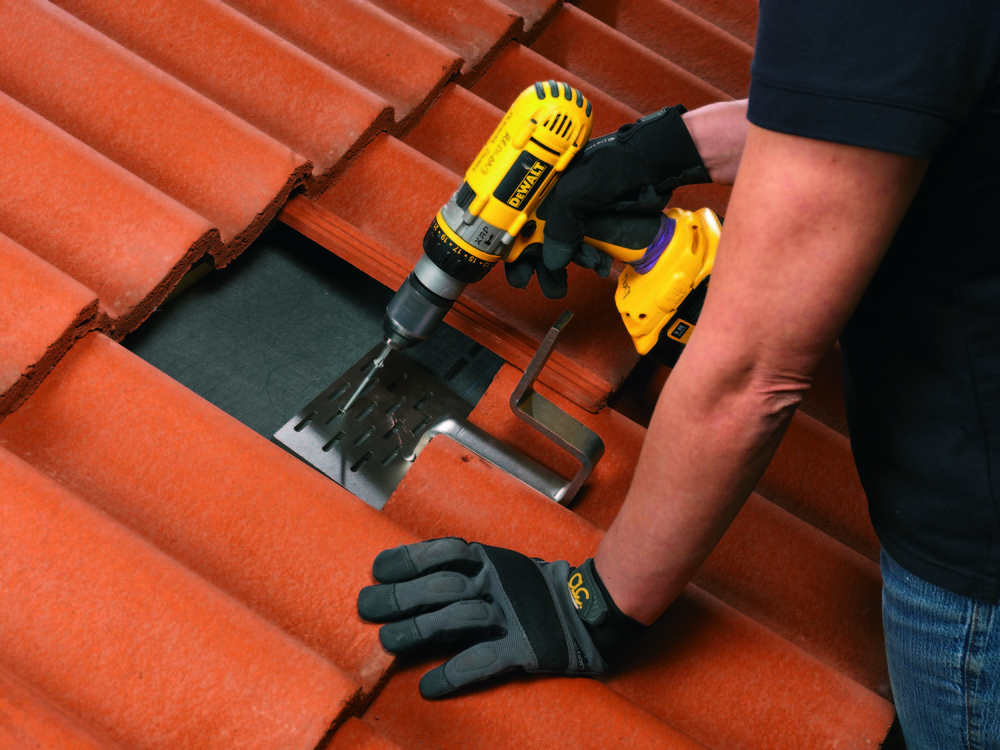 DECC has published the long-awaited Microgeneration Certification Scheme (MCS) 012 standard for the fixing of solar panels on roofs in the UK just days before Redland launched its new MCS 012 compliant fixing hook for Solar PV panels.

Redland’s new hook is designed so that fewer are needed for an installation compared with rival manufacturers.  Because less hooks are required both costs and time onsite can be reduced.

The problem was clearly associated with the fixings being used: in many cases these were proving inadequate to the challenges posed by the weather patterns of the UK.

The publication coincides with the launch of the new Redland fixing hook for on-top Solar PV panels.   Monier Redland developed this hook specifically for the UK market and with the requirements of MCS 012 as a priority.  The hook is therefore exceptionally strong and has been exhaustively tested in the company’s state of the art laboratory to make sure it will withstand all the pressure that the highest winds in European can produce.

With the technical expertise of the global leader in pitched roofing technology behind the new hook, contractors can be assured that using this fixing will not compromise the stability or weather-tightness of the roof.

The Redland Solar PV hook was launched on the Redland stand at Ecobuild 2012.