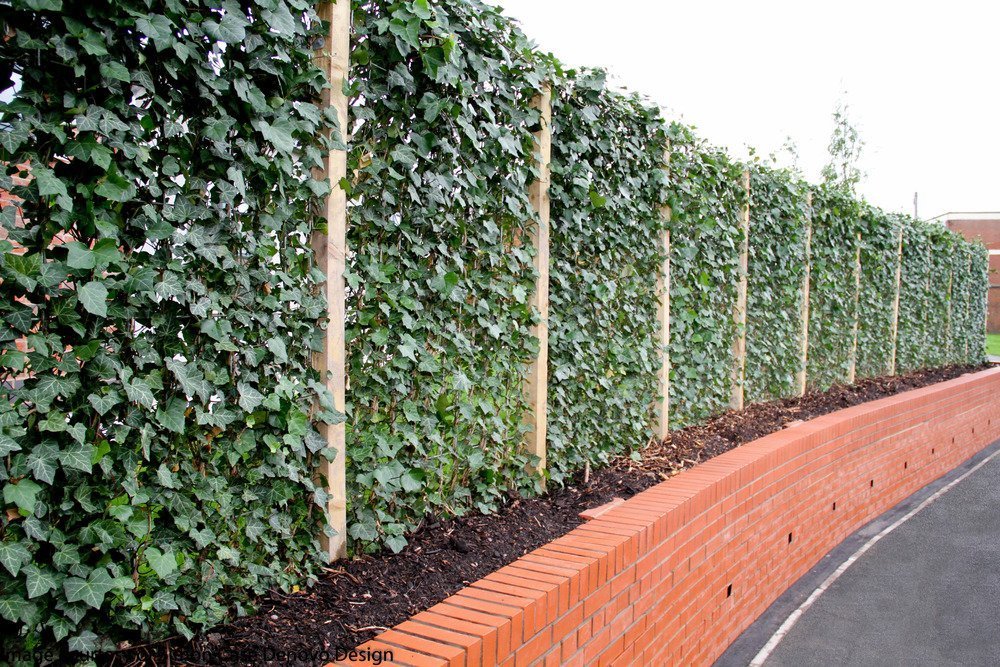 Building work does not take place in a vacuum. When a new development is planned and built, careful consideration needs to be given to the environment in which the new building is located. Increasingly, designers are beginning to appreciate the role that green screens can play in offering a creative, eye-catching solution to this issue.

Whether it’s private or social housing that is being built, Mobilane has worked with architects to ensure that green screens are deployed to fulfil both a design need and bolster the development’s environmentally friendly credentials.

One such social housing project is in Halton View, Widnes, Cheshire. When Liverpool-based architects Denovo Design set about creating a development of “green homes that had a contemporary edge”, a Mobilane green screen was a key part of their design. Denovo had used a Mobilane ivy screen on a previous project and had no hesitation in using one again when faced with an architectural challenge on their Houghton Street development, which had been commissioned by Halton Housing Trust.

In order to foster a sense of community and to ensure that people could keep an eye on one another’s properties, the various homes were designed so they were inward-looking. This resulted in the rear gardens of two bungalows facing on to a main road. Rather than erect a timber fence or brick wall, which could fall foul of vandalism or graffiti, the architects instead opted to install a green screen.

Installed by Lovell and measuring 180cm in height and 51m in length, the screen provides a striking first impression to people visiting the new build development. It also sets the tone for a host of environmentally friendly features that have been incorporated into the affordable housing development.

As well as it deterring potential graffiti artists, the architects chose the Mobilane green screen because it provides a natural habitat for wild birds and insects, and is low-maintenance. Another feature of the green screen is that it absorbs harmful microscopic particles that are generated by motor vehicles.

Given Denovo’s emphasis on the project being environmentally sound, the green screen’s specification in the project helped contribute towards valuable points in its Code for Sustainable Homes Assessment.

Following the completion of the Houghton Street development, Denovo invited Mobilane to take part in an expo that they held in their offices as part of World Green Building Week. Among those who attended were planners, private developers, social housing trusts and building consultants, and it was a chance for the design community to learn about how sustainable products such as green screens can be incorporated into projects.

Denovo’s exposition was an indication that there is a growing realisation within the building design industry that companies need to think creatively when it comes to solving design issues. Such events help promote original thinking and convey the message that original building products are sometimes what are required to overcome challenges.

This point is particularly pertinent with social housing, where housing density can be higher than average. Green screens and living walls can help bring a sense of greenery to areas which would otherwise have little vegetation. The uses of green screens are therefore truly wide-ranging. They help improve the appearance and ambience of a development, as well as lifting its environmental credentials and meeting design challenges.