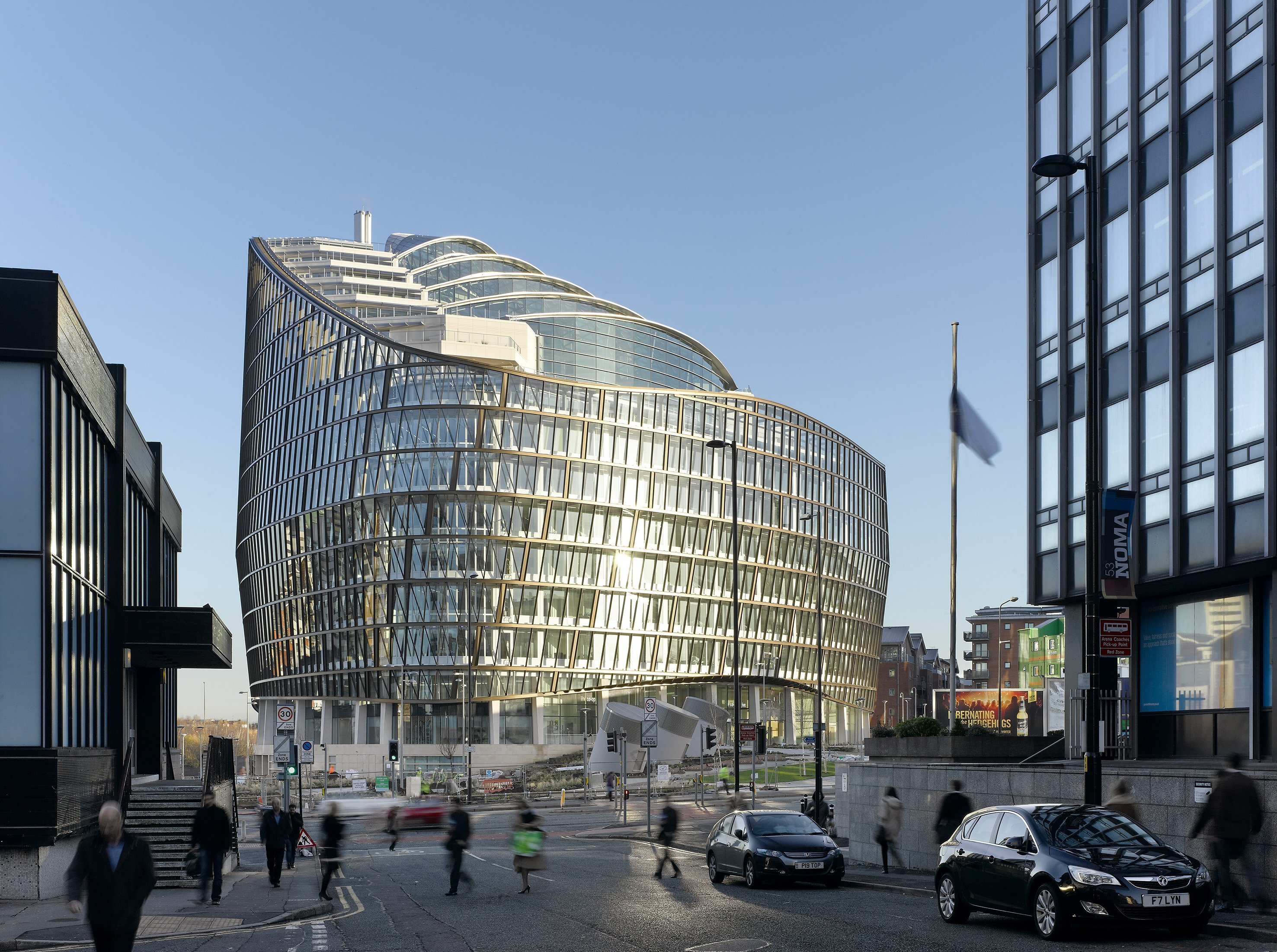 UK fan manufacturer Elta Fans has supplied ventilation equipment for the highly sustainable and award-winning headquarters of The Co-operative Group in Manchester. ‘One Angel Square’ has received several awards for its striking aesthetics and is the most sustainable large office space in Europe. The building has been designed to deliver a 50% reduction in energy consumption compared to The Co-operative’s current Manchester complex and an 80% reduction in carbon. This will lead to a reduction in operating costs of up to 30%.

Several years ago The Co-operative Group originally announced its plans to move from its existing headquarters at various sites around Miller Street and Corporation Street in Manchester to a highly sustainable office building.  Planning permission was granted in 2010, and construction work began soon afterwards.  Given the prime focus on sustainability, an important consideration in the specification of the fans was compliance with the regulations introduced by the Energy Related Products (ErP) Directive.  With this directive, the European Union laid the groundwork for the reduction of energy throughout the entire supply chain of electrical goods.  Its objective was to help fulfil the EU’s obligation under the Kyoto Protocol to increase the EU’s renewable energy sources to 20% by 2020 and increasing energy efficiency by 20%.  The Directive, which covers all the principal fan types between 125W and 500kW input, sets out minimum efficiency levels for fans.  Those fans that do not comply with the efficiency guidelines will ultimately not be marketable within Europe.

The casing of the long lasting and robust, ATEX all metal fan, is constructed from a single sheet of steel, with motors and axial impellers mounted within the length of the unit casing.  All parts are heavy gauge mild steel sheet, roll formed and welded, then hot dipped galvanised to BS 729 after fabrication.  Where aluminium blades are selected, an anti-spark track is fitted around the impeller track.  Alternative impellers of stainless steel or anti-static polypropylene are also available. 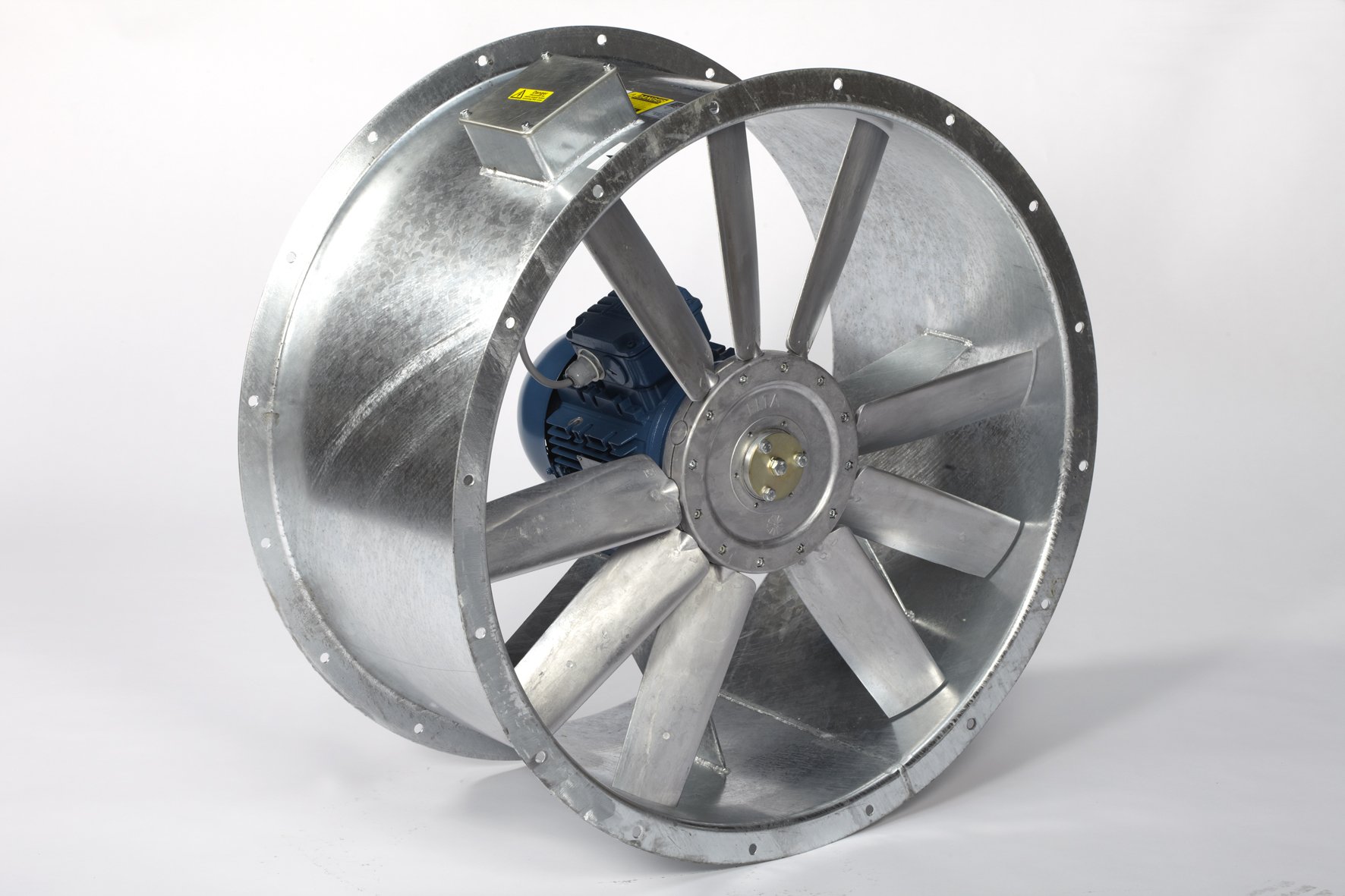 Elta Fans’ QUBe fan is a multi-discharge double skinned centrifugal unit.  It is supplied for straight through airflow with the outlet panel positioned directly opposite the inlet panel. The outlet panel can be easily changed on-site with the top or bottom panels to provide 90° airflow if required.  The inlet and outlet panels incorporate circular spigots with integral U-shaped ozone and UV stable EPDM rubber seals to prevent duct leakage.

As the units were all to be installed in the plant room at the top of the building all fans were supplied with IP66 inverters to allow the units to be connected to the building’s management system (BMS). The IP Code (Ingress Protection rating) classifies the degree of protection provided against the intrusion of dust, solid objects and liquids into mechanical casings with electrical enclosures.

Along with its operational mission statement, The Co-operative Group has also made its social and sustainability goals clear.  Creating zero carbon emissions yet producing surplus energy, its landmark, ‘energy-plus’ head office is the focal point of the NOMA development in the north of Manchester city centre, a 20 acre regeneration scheme, costing an estimated £800 million. The ten year project is about creating a new neighbourhood to meet the needs of local businesses and community.  In December 2012, the building achieved the highest ever recorded BREEAM score of 95.32%, a rating classed as ‘Outstanding’, making it one of the most sustainable large buildings in the world and surpassing its own pan-European sustainability targets.

Heating and ventilation can contribute significantly to a building’s environmental footprint and operating costs so attention has been paid to this in the design.  The diagonal ‘slice’ of ‘One Angel Square’ creates an open atrium nine floors high, topped by a glass roof facing south to collect heat from the sun, maximising both daylight and passive solar gain. The exterior has a double skin façade with a cavity between its inner windows and the outer glass structure. This is for both sustainability taking advantage of the thermal insulating properties within the design and aesthetically co-ordinated to support additional energy savings, whilst emphasising the curve of the three corners of the building. The double skin also provides a walkway between the inner and exterior panels for maintenance and solar shading.

The Co-operative Group is the UK’s largest mutual business, owned not by private shareholders but by over seven million consumers.  It is the UK’s fifth biggest food retailer and a major financial services provider. Among its other businesses are the number one funeral services provider, the third largest pharmacy chain and one of Britain’s largest farming operations. As well as having clear financial and operational objectives, the Group has also set out its social and sustainability goals in its groundbreaking Ethical Plan, which specifies over 50 commitments in these areas. The Group operates 4,800 retail trading outlets, employs more than 100,000 people and has an annual turnover of more than £13bn.

The Co-operative Group head office accommodates 3,500 staff.  Completion of the NOMA development around One Angel Square is expected by 2023.

Further information on The Co-operative Group is available at: www.co-operative.coop

Further information on Elta Fans is available at: www.eltafans.com / www.eltaselect.com