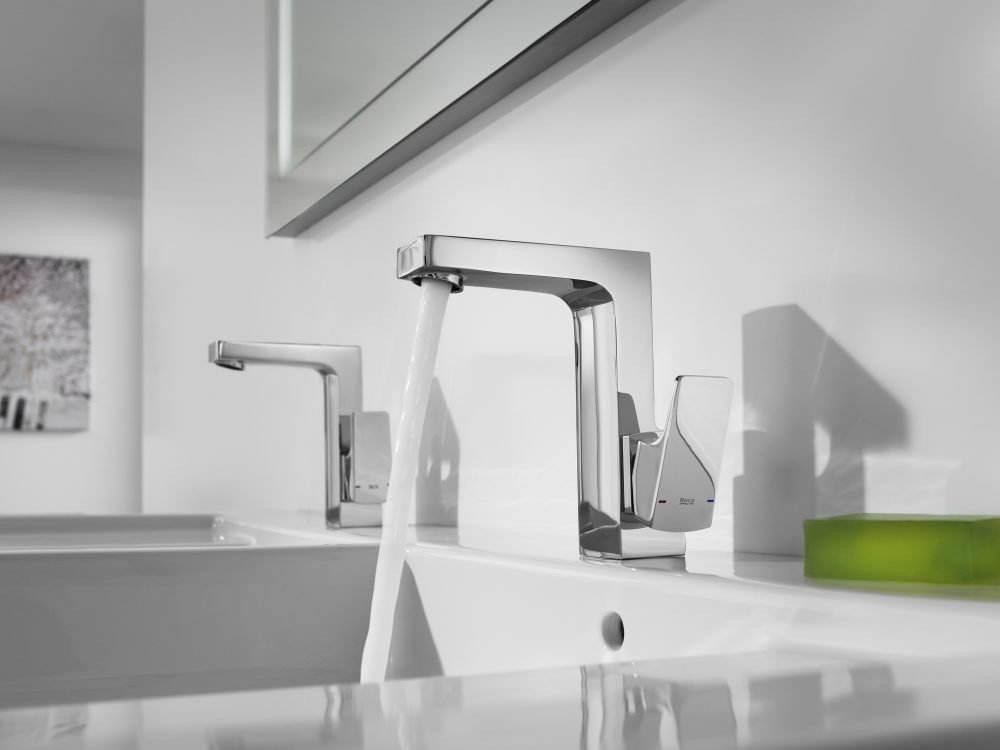 With the pressure on the UK’s water resources reaching near critical levels during the last few years, the requirement to address how we use water in our buildings has never been greater. Hosepipe bans have become an almost inevitable side effect of our recent longer, drier summer months, whilst the increasingly very dry winter seasons have only served to exacerbate the issues surrounding how we use, and potentially waste, water on a daily basis.

Not only are our water resources coming under ever increasing pressure, but the water that we use as a nation also has a significant carbon footprint, which is adding to climate change and leading to those longer, drier seasons. In fact according to Waterwise, water company treating, pumping and other processes account for almost one per cent of total greenhouse emissions in the UK. And of course as well as conserving precious water resources and mitigating some of the effects of climate change, water conservation also makes sound financial sense, as water consumption can add greatly to public and commercial sector costs.

Perhaps unsurprisingly, the majority of the water we use on a daily basis is simply flushed down the toilet, with each of us flushing the toilet an average of 5,2 times a day, according to the latest research from America into people’s living habits. This adds up to almost 12,000 litres of water per year being flushed away if a standard six-litre cistern is used. Frighteningly, this figure can be multiplied even further when public washrooms are taken into account, as users tend to be even less frugal when they aren’t the ones footing the bill for the water rates.

This all means that the biggest key to water-saving lies in the sanitaryware specified for washrooms in public buildings. The onus is on specifiers working on both new buildings and refurbishment projects to source solutions that will minimise water consumption without affecting the overall performance.

Designed with just such a market in mind is the W+W all in-one washbasin and WC from Roca. Designed to maximise space and conserve water, this ground breaking idea, incorporating Roca’s ‘water-reuse’ technology, uses waste water from the basin to fill the WC cistern, thereby reducing water usage by up to 25 per cent compared to a standard 6/3 litre dual-flush WC. 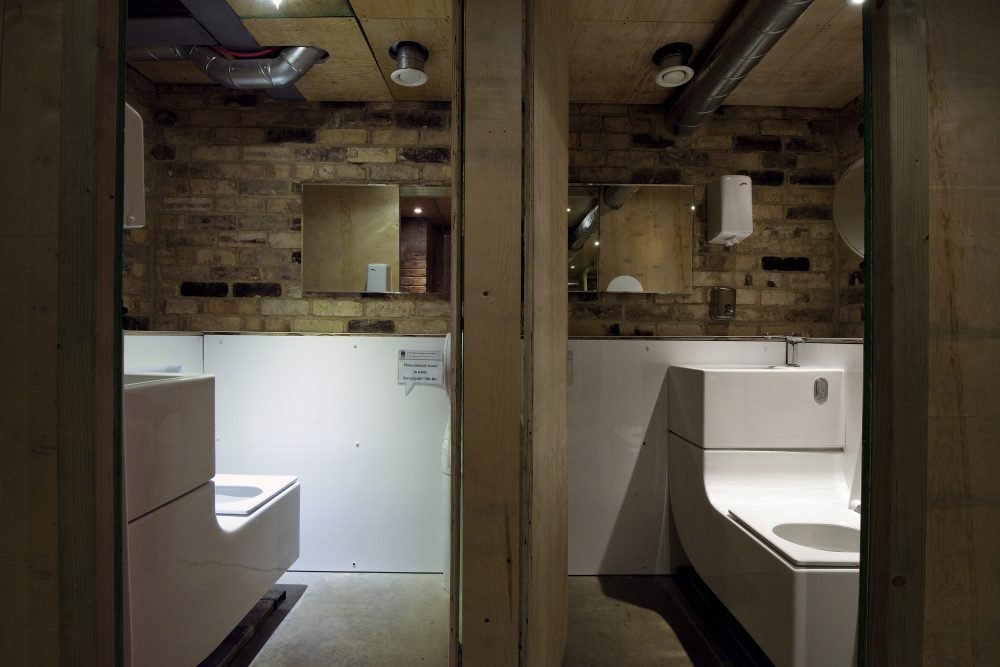 The basin in the W+W has two wastes – the basin waste and one further down the waste pipe. Once the basin has been used and filled with water, the user can either divert it to the mains, or recycle it by storing it in the cistern ready for the next flush. If selected to be reused, the grey water is prevented from flowing out to the mains at the secondary waste and diverted to fill up the cistern, at which point it automatically passes through a double filtration system. In order to eliminate bacteria and odours, this system filters particle debris as well as chemically treating the grey water before storing it to flush the WC. Once the water has been filtered and treated, it is then stored in the grey water reservoir and used to fill the cistern as required. The reservoir holds up to four litres of water, and there is an overflow so that if it gets too full any excess grey water will be discarded via the main waste outlet. In addition, if for any reason there isn’t any grey water stored in the reservoir, for example if the basin hasn’t been used, the float will recognise this and trigger the inlet to fill the cistern from the mains.

And the water-saving doesn’t end there, as the W+W is also fitted with the Singles-Pro tap, which further enhances its environmental credentials. The tap features a progressive cartridge which means control always starts the flow with cold water. As the tap is turned the flow changes to a mix of hot and cold, ending the turn with hot water. This means that heating systems are not fired up unnecessarily, thereby saving energy. Singles-Pro also includes a flow limiter which restricts the water flow to a maximum of nine litres per minute.

It was these water-saving attributes, combined with its compact and contemporary design, that led the W+W to be specified for one of the most respected arts venues in the UK, the Arcola Theatre in Hackney. Aiming to be the first carbon neutral theatre in the world, the venue, housed in a converted paint factory, has undergone a ‘green’ transformation over the last three years, with the W+W being installed last summer. The Arcola has been monitoring its water usage since 2010 and, following W+W’s installation, the savings have been dramatic – spring 2013’s figures were 50 per cent lower than the previous year.

Ruth Mulandi, Arcola’s Commercial Manager, commented: “When we researched water-efficient toilets, Roca’s offering just made good sense. We loved the design of their products and now they’re in situ, visitors find them so intuitive to use.”

In addition to saving water, W+W saves space, with the wash basin housed on top of the cistern. It’s modern, L shaped design, fits snugly into the restricted area of Arcola’s toilet cubicle.

Besides toilet flushing, the other major contributor to water wastage, particularly in public buildings which have a high footfall, is hand washing. Again, Roca can help here too, with its L20 and L90 brassware ranges both featuring a built-in eco disc cartridge. As the lever handle on the tap is raised a level of resistance is reached, giving 50 per cent of the flow, by lifting beyond this bite-point full water flow is achieved. This encourages people to use less water, as hopefully they stop at the level of resistance, which is a more than adequate flow rate for washing hands. Meanwhile, both the L20 and L90 taps also feature a built-in flow restrictor, which sets the water flow to 8 litres per minute, helping to save water without affecting performance.

An important point to note regarding all of these washroom solutions is that not only do they save water, but they do so in a way that will never be noticed by the user as their performance is not compromised. Of course, they also add to the aesthetics of their environment, offering stylish yet extremely effective ways of saving water that no public building can really afford to ignore.