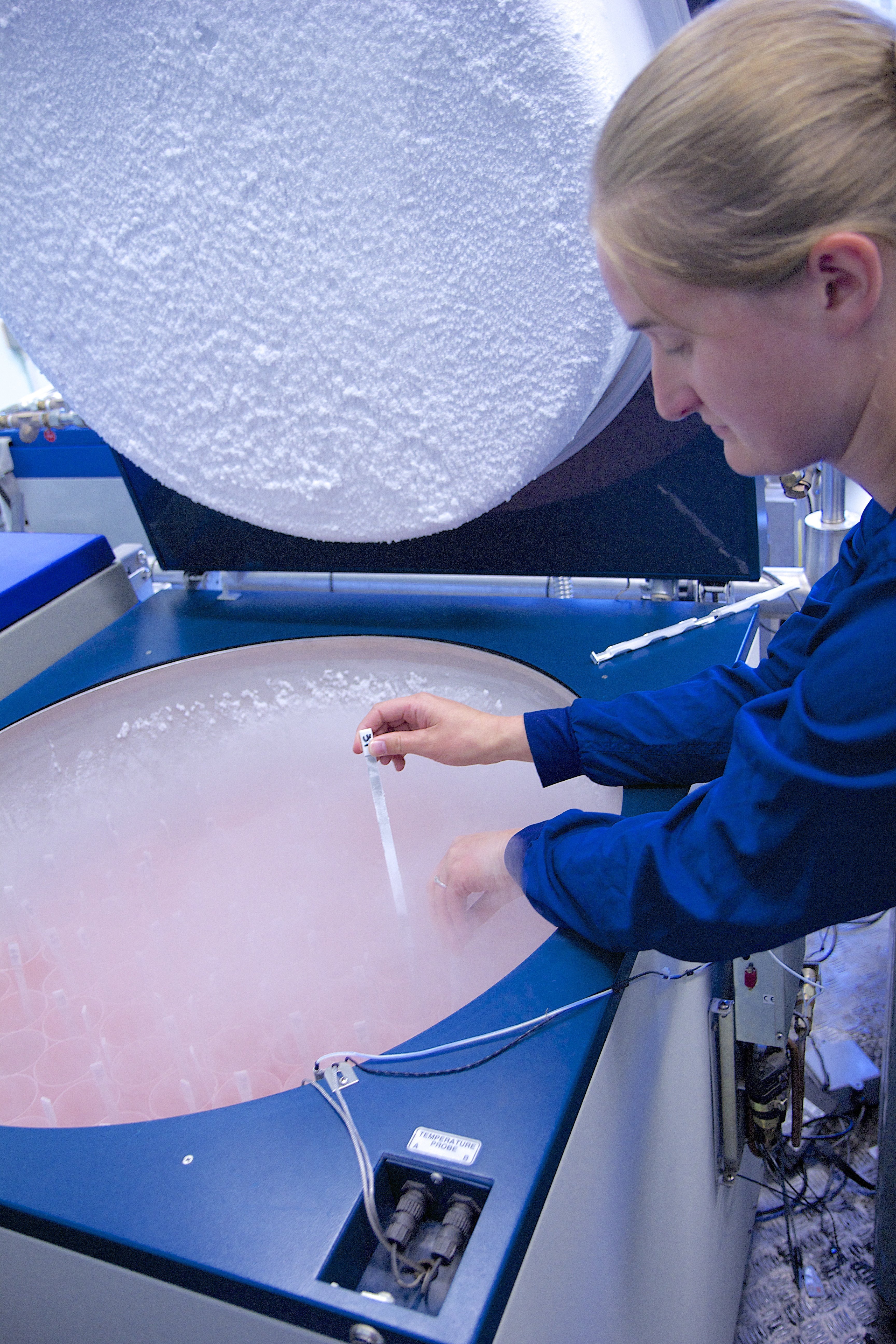 When Manchester’s world-renowned Saint Mary’s Hospital needed a monitoring system that could control the temperature conditions in its Department of Reproductive Medicine it called on Detail Design Engineering to configure a system using products from Trend Controls.

Since it first opened its doors in 1790, Saint Mary’s Hospital has developed a wide range of world-class medical services to meet the needs of the local population in Manchester. Its Department of Reproductive Medicine has become a centre of excellence in the provision of in vitro fertilisation (IVF) and has given hundreds of people the chance to become parents who, through a variety of reasons, were not able to conceive naturally.

IVF literally means ‘fertilisation in glass’ and, unsurprisingly, for any chance of success the process must be carried out in perfect conditions. Maintaining the correct temperatures within the incubators is imperative as a fraction of a degree above or below could reduce the chances of fertilisation occurring.

Recognising that the best way to control the climate would be via an environmental monitoring system that could sound an alarm when required, Greg Horne, lead embryologist and laboratory manager of the Department of Reproductive Medicine, began searching for a solution. Fortunately he didn’t have to look far and after discovering that Sale based Detail Design Engineering (DDE) had already configured a similar system for the National Institute for Biological Standards and Control (NIBSC), he made contact.

Established in 1991, DDE one of the north west’s leading system integration experts has an enviable reputation for the design, installation and maintenance of Building Energy Management Systems (BEMS) and control solutions across the country.Trend Controls

Its impressive client list ranges from local authorities and health authorities to blue chip industrial companies and leading retail chains. David Gould, the company’s director, comments, ‘Our reputation for controlling non-standard, demanding applications such as clean rooms and hospital facilities means that we are often called upon to configure controls based systems that are entirely bespoke. When Greg contacted us we knew that we would be able to help using products from .’

To get a better idea about what could be achieved Gould organised a visit to the NIBSC headquarters with Horne, so he could see how a Trend Controls BEMS monitors the performance of scientific storage equipment including fridges, freezers, incubators, cold rooms and liquid nitrogen vessels. Horne was immediately impressed and requested a similarly specified system to be installed at the Department of Reproductive Medicine.

Work initially began in 2006 when DDE set about identifying all the various elements that required monitoring. Gould explains, ‘The embryos are stored in liquid nitrogen at a temperature of -196°C – a temperature that must remain consistent – so we installed a series of probes and alarms in the incubators to make sure that relevant personnel could be notified if there was any change. Additional sensors were used to monitor humidity and CO2 while oxygen depletion monitors were also installed as if liquid nitrogen leaks or spills it can affect oxygen levels, which is potentially fatal to humans.’

DDE has been a Trend Controls Partner for over 20 years and now uses its products and systems exclusively. Asked why, Gould responds, ‘They are without doubt the most flexible and reliable solutions on the market. When working in environments such as St Mary’s we can’t afford to take risks with products that we cannot rely upon 100 per cent.’

Like the one at NIBSC, the system at the Department of Reproductive Medicine is based around Trend Controls’ IQ251.  A Trend Controls 963 Supervisor graphical user interface is the brains of the system and DDE uses it to configure all the necessary setpoints and levels. The 963 is also programmed to issue alarms and can send messages via text and email to an on-site member of staff via a Trend Controls GSM modem. This allows DDE to dial in and carry out diagnostic checks and in an alarm situation a pre-recorded telephone call is also made to the reception desk so that an additional alert can be delivered.

The environmental monitoring system has been called into action on a number of occasions, ensuring the required remedial action is taken without any disruption to the IVF programme. ‘For six years this system has offered us a level of peace of mind that has gone far beyond our initial expectations,’ concludes St Mary’s Hospital’s Greg Horne. ‘By using products from Trend Controls DDE has ensured that the conditions in the Department of Reproductive Medicine are maintained so that we can have the best possible chance of creating new lives.’