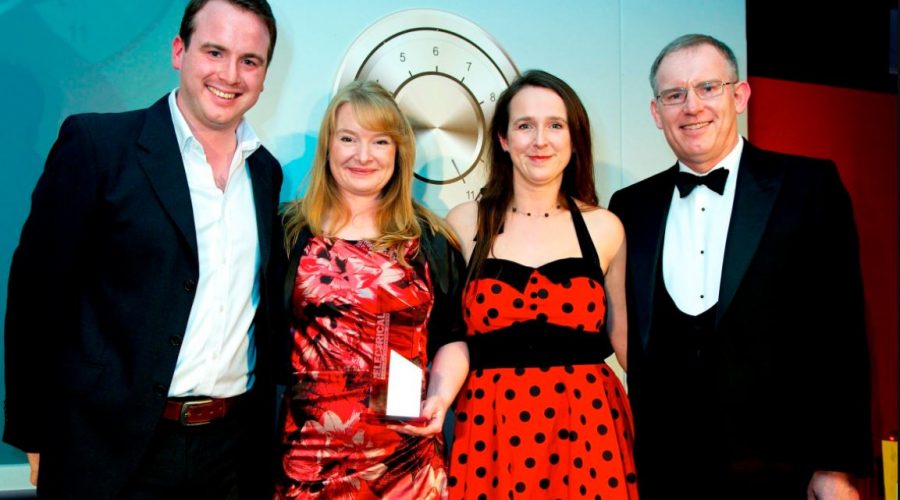 Vent-Axia, a leader in low-carbon ventilation, is celebrating winning an award at this year’s prestigious Electrical Industry Awards. The Sussex-based manufacturer received the accolade of Innovative Residential/Domestic Product of the Year for its Lo-Carbon Solo Plus at a gala ceremony held at The Royal Garden Hotel, Kensington, London. Attended by over 350 Industry guests the event was hosted by radio and TV presenter Matt Forde.

The Electrical Industry Awards, now in its 21st year, recognises and rewards the achievements of the UK’s diverse electrical sector. Within the Innovative Residential/Domestic Product of the Year category judges were looking for both product innovation and commercial viability.

After a rigorous judging process, Vent-Axia scooped the award for its Lo-Carbon Solo Plus centrifugal bathroom/toilet fan. The new and improved Lo-Carbon Solo Plus was launched by Vent-Axia in February 2013 following a re-design of the company’s popular Solo Plus range, which is used widely in the social housing market.  Key advances of the new Lo-Carbon Solo Plus include enhanced aesthetics, a rise in efficiency levels, a reduction in sound levels and an improvement in ease of installation and maintenance.

“We are delighted our Lo-Carbon Solo Plus has won an award. At Vent-Axia we are committed to continuous product development which is why we improved our popular Solo Plus range to help meet the growing challenges the social housing sector faces. We are thrilled the award has given us industry recognition for these technological innovations. It is also very satisfying to be able to provide tenants with affordable, comfortable, quiet, energy efficient ventilation, which provides good indoor air quality while removing the risk of condensation and mould,” says Jenny Smith, Product Marketing Manager, Vent-Axia.

Meanwhile, the Lo-Carbon Solo Plus features Vent-Axia’s pioneering ‘datalogger’, designed to help landlords avoid damage to their housing stock through condensation and mould. The datalogger records the fan’s daily use which can be checked and interpreted by an engineer. This supplies the property’s landlord with valuable information on whether a fan has been operating or whether a tenant has switched off a fan.

Another ingenious development to the Solo Plus range, is the fan’s redesigned impeller.  The new range now features an innovative centrifugal backward curved impeller rather than a centrifugal forward curved impeller.  This improvement means that the Lo-Carbon Solo Plus is filter-less, reducing the need for maintenance, thus impacting on cost – a crucial factor in social housing.  This powerful centrifugal impeller allows installations using 100mm ducting in straight runs, while still achieving 15l/s as required by Building Regulations Approved Document F.

Available both IPX4 and IPX7 rated (SELV) the Lo-Carbon Solo Plus has an optional speed for constant trickle ventilation (12l/s), selectable at installation. Depending on the model, the fan will switch from trickle (if selected) to boost via the pullcord/light switch/humidity sensor/PIR.

For further information on all products and services offered by Vent-Axia telephone 0844 856 0590 or visit www.vent-axia.com.
Follow @VentAxia