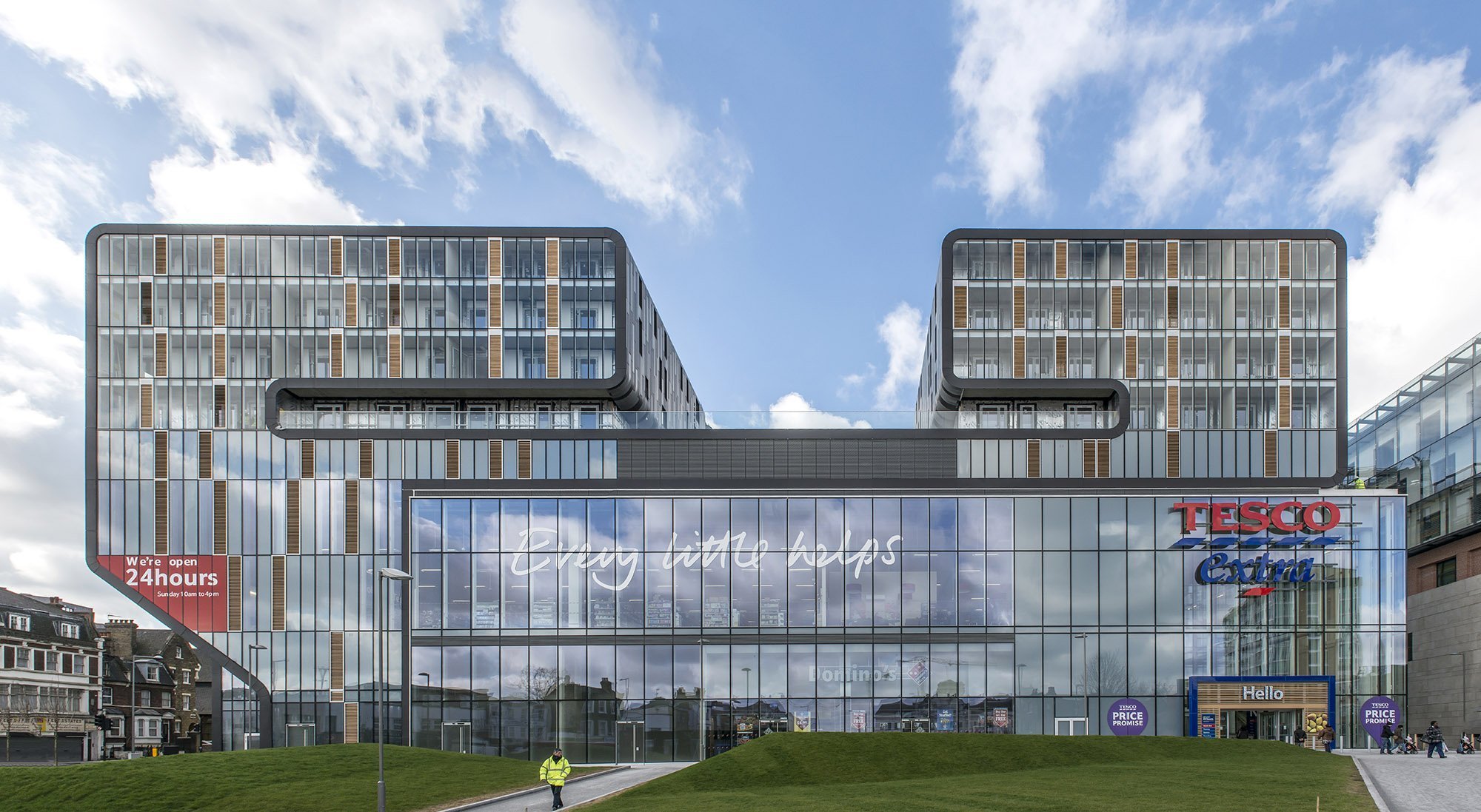 Working with building envelope contractor, Prater, NVELOPE has supplied its NV4 and NV5 support systems for an £86 million development for Tesco at Woolwich in London. This exciting, mixed use development includes a Tesco Extra store, additional retail units, car parking and a police station as part of a major regeneration to Woolwich town centre. 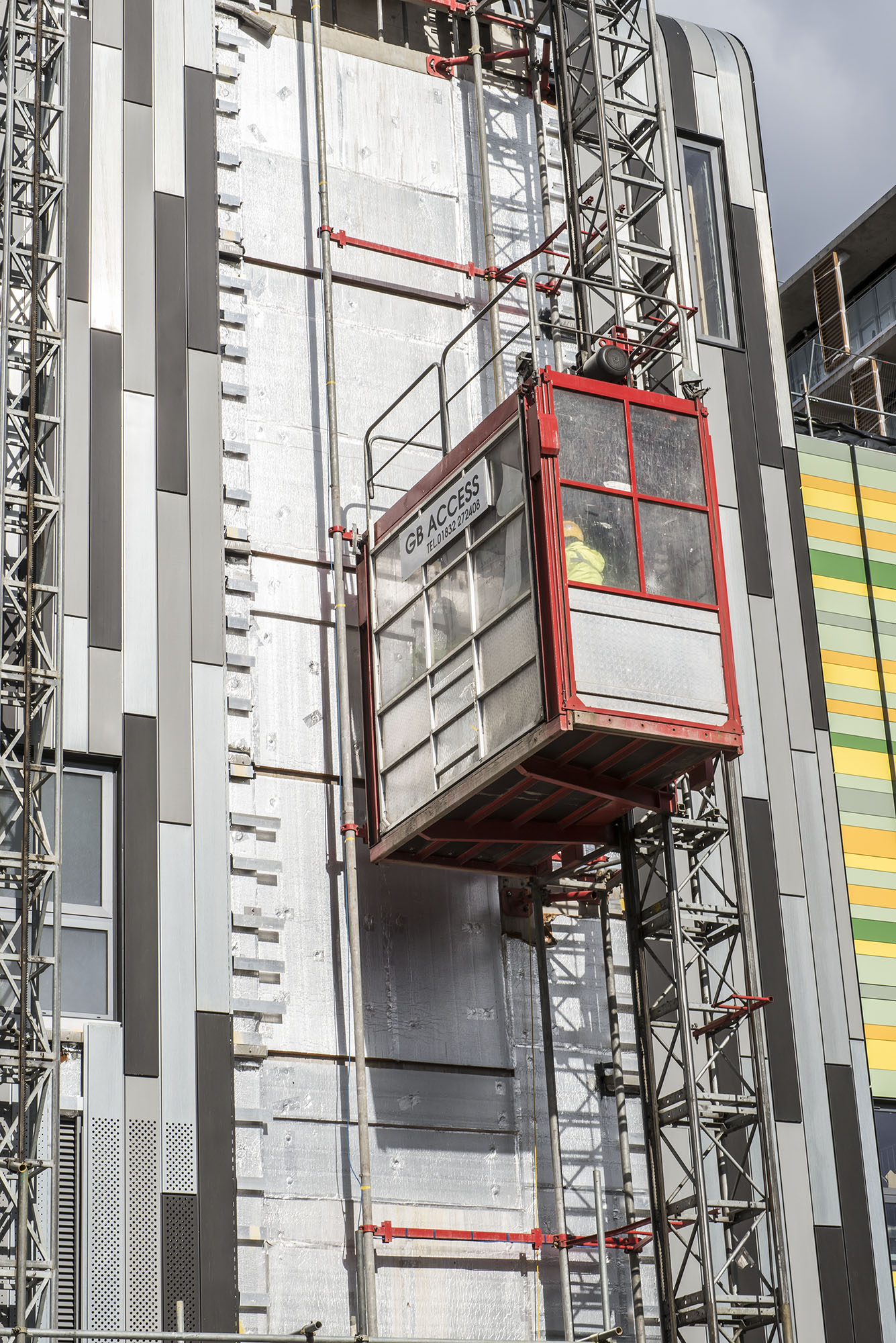 The development features approximately 7,000 m2 of aluminium rain screen and zinc cladding panels which have proved hugely significant in creating an attractive, multi-coloured appearance across the scheme. As a result, the affordable housing is very much an integral part of the contemporary city living concept at the heart of the development where the suburban model of the large supermarket has been successfully brought into an urban context.

Manufactured in the UK and developed using the highest specification alloys, NVELOPE products and systems are ideal for supporting a wide variety of façade materials The NV4 and NV5 vertical systems (including brackets) used on this project are fixed to the substrate at set vertical and horizontal separations. 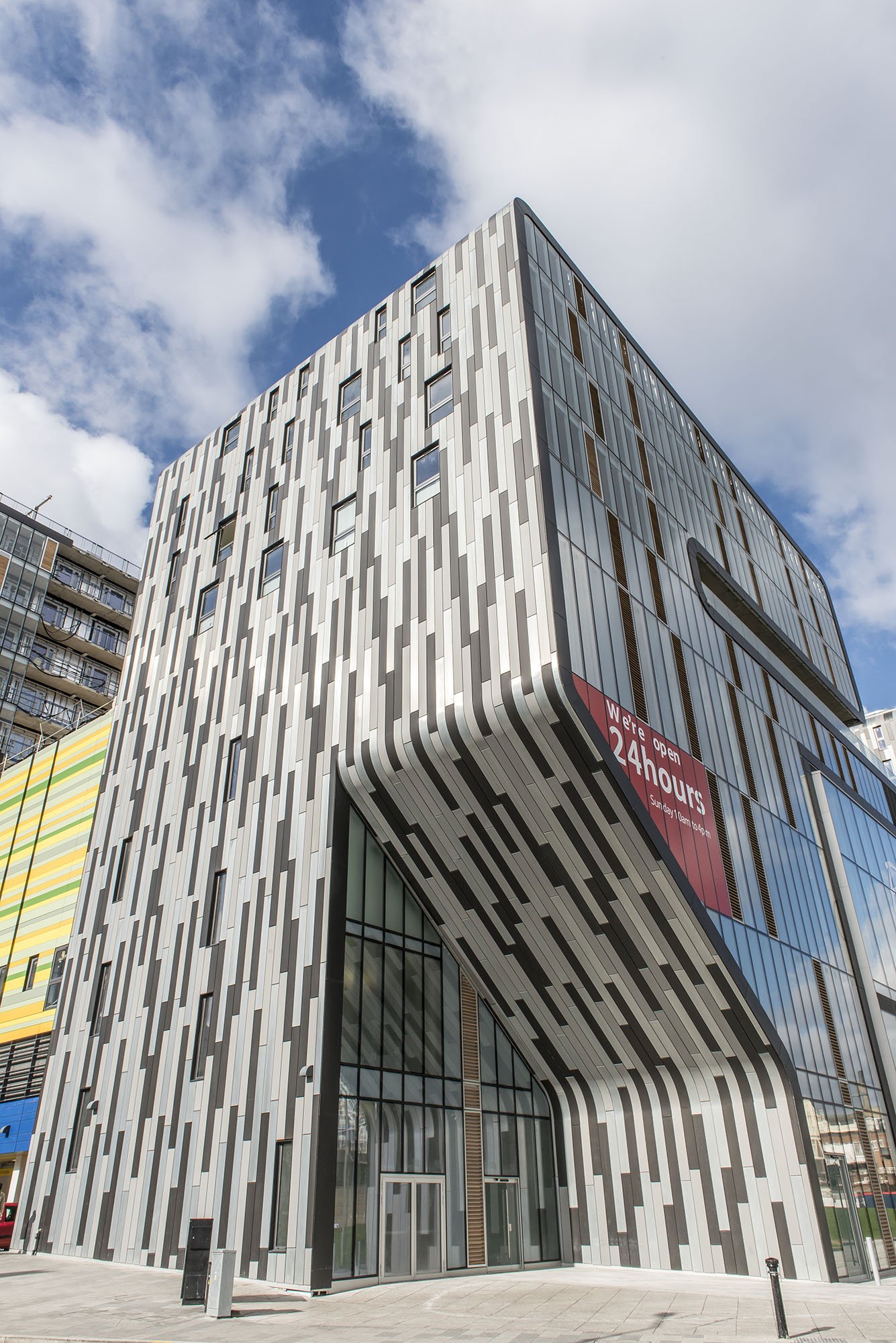 Vertical ‘L’ rails profiles are attached to the brackets at intermediate locations and ‘T’ rails at panel joints to allow for expansion and contraction caused by dead loads and dynamic load. These flexible points are vital due to the differing thermal performances of the materials being combined. The façade has, in effect, to be able tofloat on the sub-construction, meaning that every single element must have only one fixed point while all the other fixing points must be executed as floating or moving points.

NVELOPE’s range of rainscreen brackets and grid systems can be optimised for specific projects, as on this installation, thanks to the expertise of our technical design support service. This ensures that NVELOPE can add real value to the design process, bringing housing associations real freedom with an almost infinite range of façade appearance and layout options.

For further information on NVELOPE Rainscreen Systems, visit www.nvelope.com or call the company direct on +44 (0)1707 333 396.