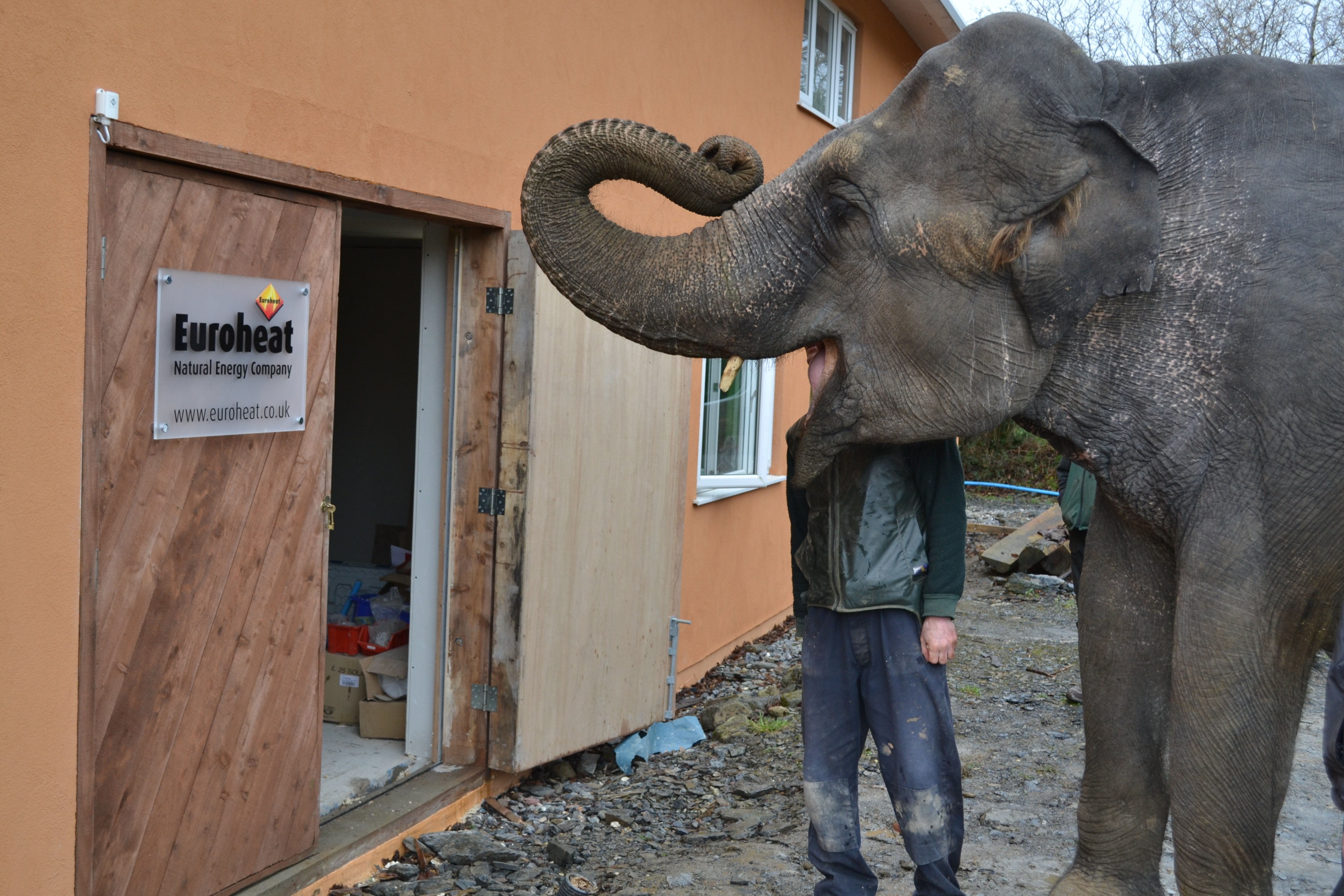 At Skanda Vale, a multi-faith ashram in Wales, an unusual resident – Valli the elephant – is enjoying toasty new accommodation thanks to a wood burning boiler from Euroheat. Simon Holden, co-founder of Euroheat, explains the project.

Skanda Vale, ‘The Community of the Many Names of God’, resides near Carmarthen in Wales and was founded in 1973 by Sri Lankan Guru, Sri Subramanium. Apart from Skanda Vale’s 90,000 pilgrims, an important area of work is animal care. There are a large number of different animals, including Valli the temple elephant, a herd of cows, buffalo, deer, goats, plus many birds, rabbits and dogs – many of whom have been rescued from slaughter or neglect.

Valli was found as a baby by Sri Lankan villagers, sheltering with a herd of wild buffalo.  She was taken to an elephant orphanage and a year later donated to the Guru by President Jayawardena, in recognition of his service to Sri Lankans living in the UK. 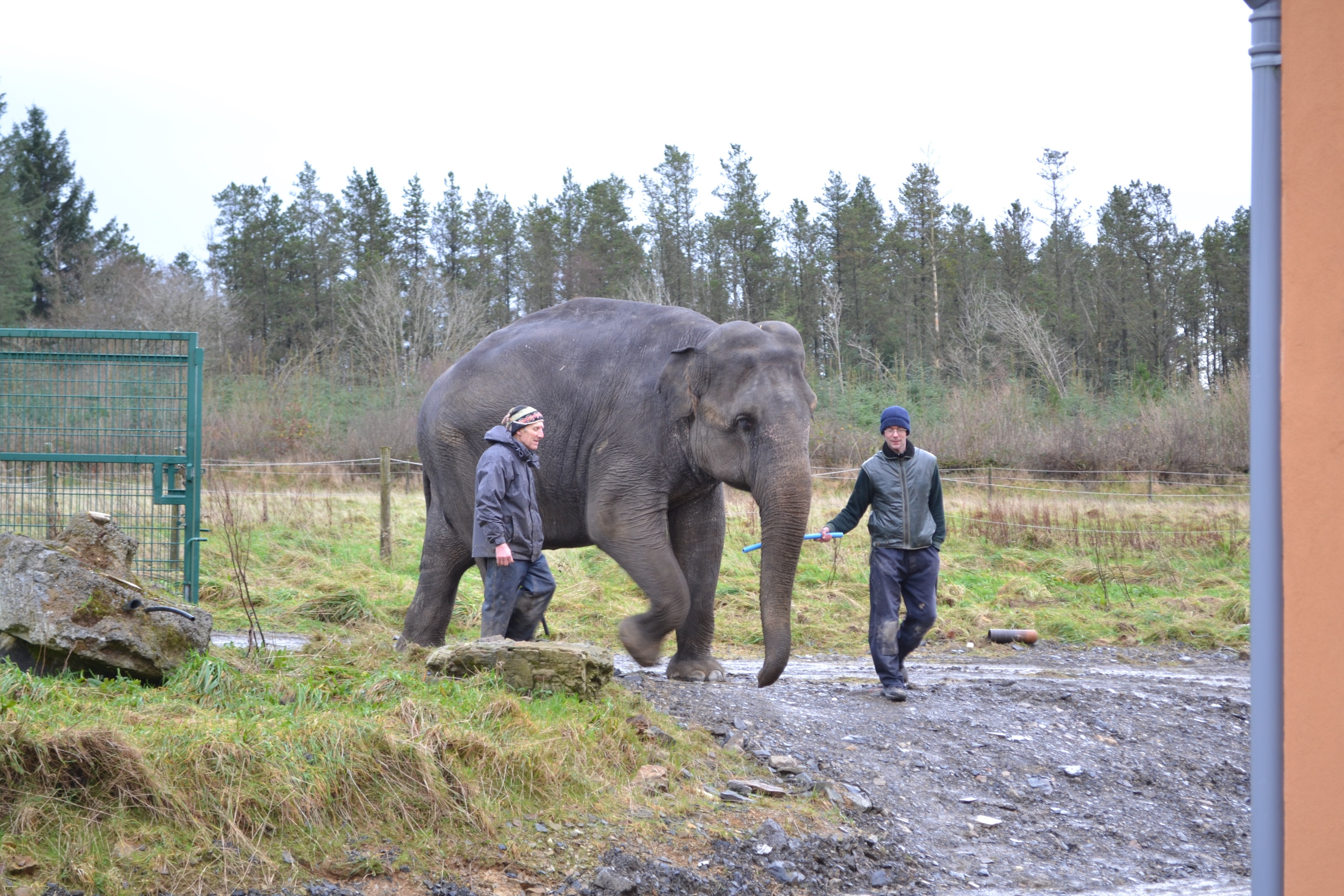 Last year, Valli was built a spacious new home, including deep-filled sand pits to dig for treats, a knobbly tree trunk, for scratching those hard to reach places, and a heated waterfall and plunge pool, kept warm by a 30kW HDG Navora log biomass boiler, combined with a 2,500 litre accumulator. The boiler also heats the walls of Valli’s house, giving her a nice warm place to lean against – one lucky elephant!

Wood fuelled heating, logs in particular, was the ideal choice for Skanda Vale thanks to the vast amount of trees grown on the ashram’s land. Its green credentials also fitted with the ethos of Skanda Vale and once the domestic Renewable Heat Incentive kicks off, the scheme will be eligible for RHI returns.

About the boiler: The HDG Navora is a down firing gasification split-log boiler, with a front loading fuel chamber. The large refuelling and cleaning doors have an opening angle of over 100 degrees which makes for simple operation. An ingenious rear ventilation feature has been integrated, resulting in low surface temperatures, keeping the heat where it belongs; in the heating system. 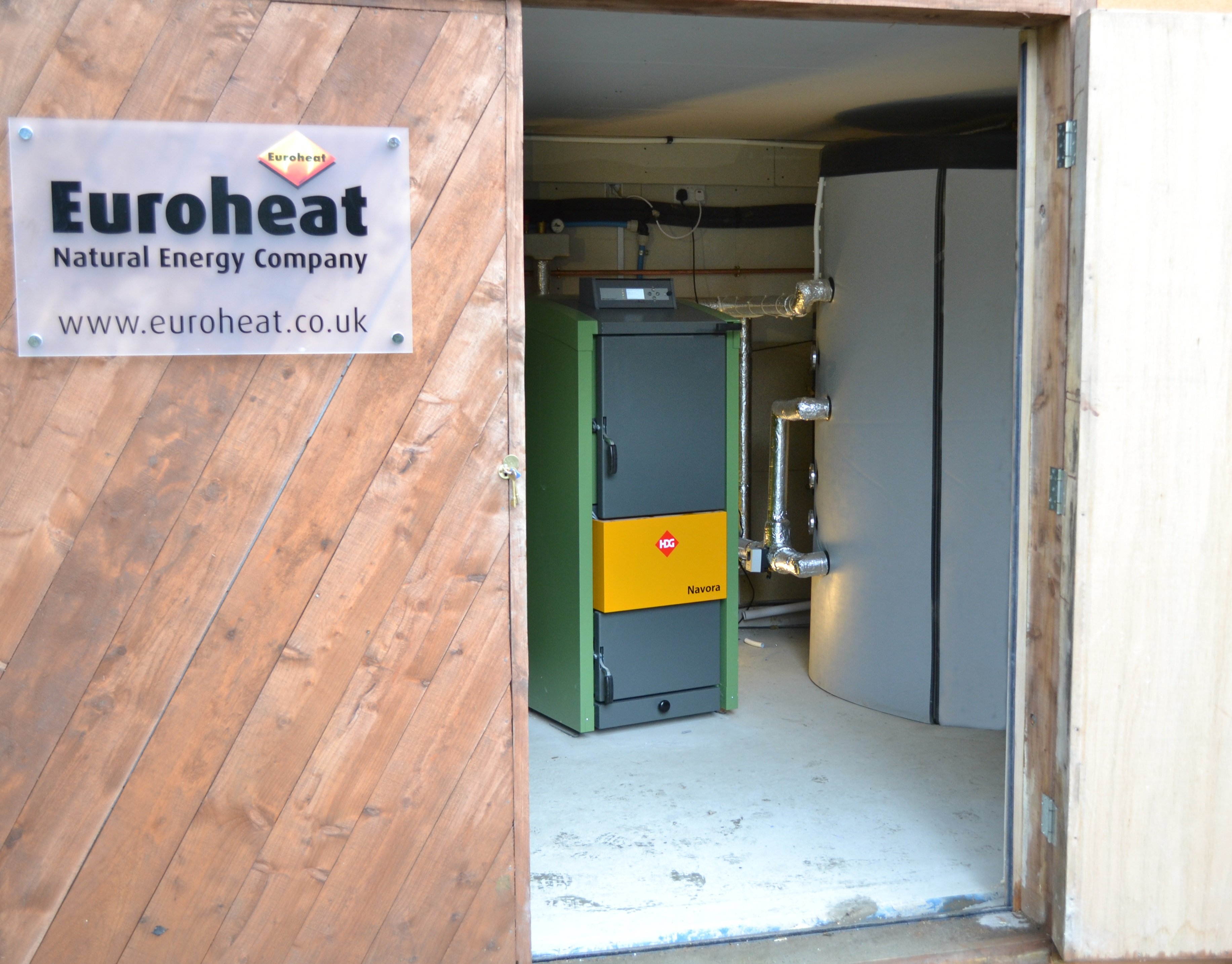 “Euroheat have been great all the way from design to installation and commissioning of our Navora 30kW boiler,” said Brother Stefan from Skanda Vale. “The boiler is easy to use, highly efficient and the boiler controller gives us an incredible amount of information on the state of the boiler and buffer tank.”