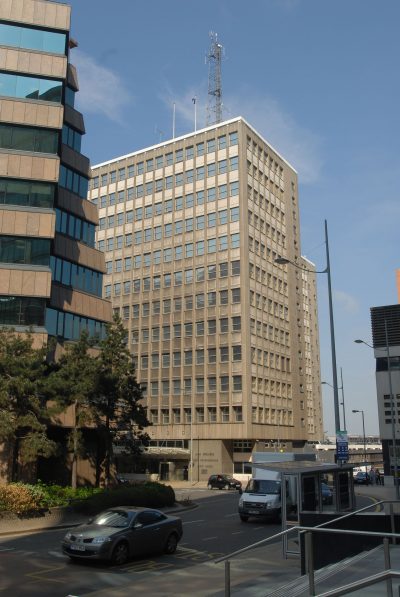 As the second largest police force in the country,West Midlands Police operates from a diverse range of buildings. Energy efficiency is a high priority for the organisation and it uses Building Energy Management Systems (BEMS) from Trend Control Systems to achieve this.

Serving an area of 348 square miles and with a population of almost 2.8 million people, West Midlands Police covers the three major cities of Birmingham, Coventry and Wolverhampton, as well as the busy and thriving districts of Sandwell, Walsall, Solihull and Dudley.

It operates from over 90 buildings – all of which are of different shapes, sizes and ages – including its 11-storey headquarters at Lloyd House in Birmingham. As one of the nation’s 2,000 largest energy consuming organisations it is part of the CRC Energy Efficiency Scheme, which requires energy consumption reports to be produced annually.

Tim Pugh, a CIBSE Low Carbon Consultant, is the in-house Chartered Mechanical Engineer for West Midlands Police and is responsible for the controls infrastructure across the estate. He comments, ‘When the CRC performance league tables were first published we were the highest ranked police force in the country. While we were obviously delighted about this, it didn’t happen by accident and we have managed to reduce consumption across the entire estate by various measures including using a Trend BEMS. This not only allows us to monitor and manage energy usage, but also ensures the right comfort conditions for those working in the buildings.’

Public sector bodies are under immense pressure to reduce their carbon emissions and energy related expenditure and West Midlands Police are achieving this reduction through a process of continual improvement. To put these savings into perspective, if West Midlands Police used energy at the average cost per square metre of other Police Forces, they would spend an additional £2m a year on energy.

Impressive though this is, Tim and the M&E team are always looking to identify new ways to make the existing infrastructure operate more efficiently as part of their overall carbon reduction and energy management plan.

In 2012, after conducting one of his regular energy audits, Tim recognised that the existing boiler control strategy was not fully optimising energy use and he felt that gas consumption could be reduced with demand based control. He says, ‘The way that a traditional boiler firing sequence is controlled is based on flow temperature and time criteria. This often involves firing up multiple boilers, which isn’t always necessary to reach a set temperature. I felt that systems should be demand led i.e. designed to recognise system load and prevent boilers operating needlessly and inefficiently, thereby reducing gas consumption and limiting wear and tear on the plant.’

In order to explore this concept, Tim called in Trend Controls who took forward the idea and developed the advanced boiler controls software. West Midlands Police’s building controls and maintenance partner, Birmingham based Airtech Controls, then configured this software for use in the Police Headquarters building.

The BEMS at Police Headquarters comprises over 100 Trend IQ2 and IQ3 controllers, which are monitored and controlled via a 963 Supervisor. Mark Bent, Trend’s business development manager, explains, ‘The 963 Supervisor is the brains of the system and provides a real-time user interface for the BEMS. It enables Tim and other designated users to monitor plant and building services, and make any necessary changes to the way they use energy’.

Airtech Controls is one of the leading companies in its field. Its managing director, Martin Beer, comments, ‘Our relationship with West Midlands Police goes back nearly 10 years and we currently look after the Trend BEMS for heating and hot water systems across its estate on a “continuous commissioning” basis. It’s only by the strength of the partnership and by working very closely with Tim and the M&E team that we can all jointly deliver the significant improvements made to date.’ Airtech Controls has focused on the specification, installation and maintenance of Trend technology for many years, and is one of Trend’s select group of IQ Assured Accredited Partners. As a result, customers like West Midlands Police have the peace of mind of knowing that their system will operate to its full potential.

Having discussed the options, Tim and Martin configured a ‘wish-list’ that would achieve their objectives. Tim states, ‘The most important thing was that any new strategy should utilise the current controls infrastructure without causing any downtime during its implementation. Police Headquarters is operational around the clock and therefore additional mechanical and electrical works to the boilers would have been highly disruptive. We also wanted to avoid a fragmented approach that would necessitate the purchase and configuration of additional hardware.’

With these prerequisites in mind, Trend’s Mark Bent was brought in to see how the company could help. He comments, ‘Our team set about developing a system that we now call Trend Advanced Boiler Control (ABC). Airtech Controls then removed the existing boiler control strategy from the Trend outstation and, using flow and return rates, configured it so that the boilers only fire up when there is an actual demand’. 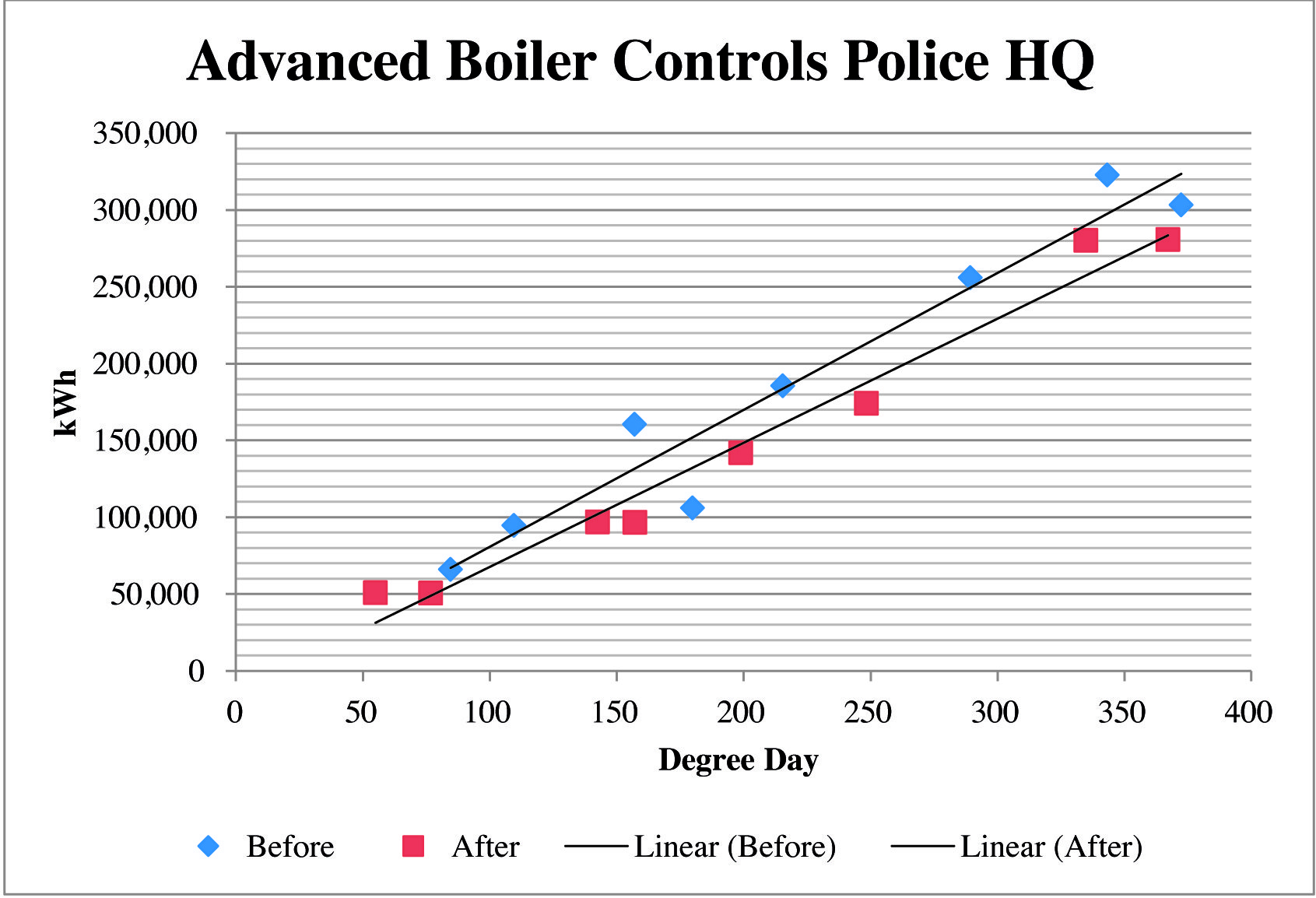 As well as providing front line diagnostics to quickly identify any problems, the energy savings so far have greatly exceeded expectations. Tim Pugh of West Midlands Police is delighted with the results and concludes, ‘Taking the weather into account, our trials of Trend’s Advanced Boiler Control strategy have demonstrated energy savings of over 10% per cent on the gas consumption in the first 8 months of use. This is fantastic and the fact that it has been carried out using our existing infrastructure is testament to Trend’s and Airtech’s ability to work with us to develop a solution that met our needs. We are now looking to roll out the installation of this strategy across our other sites.’