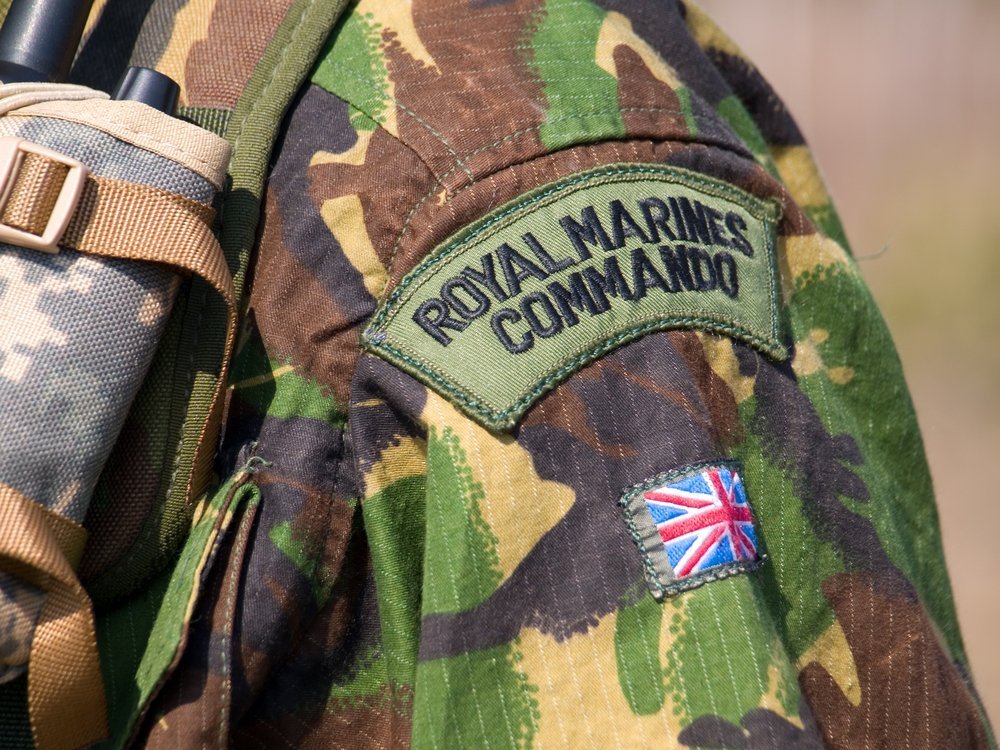 Norton Manor Camp is a Royal Marines military base located in the picturesque Somerset village of Norton Fitzwarren, just two miles south west of Taunton. For over 30 years it has served as the home of 40 Commando Royal Marines, a battalion sized formation of the British Royal Marines and subordinate unit within 3 Commando Brigade’s amphibious warfare capability.

The base fully supports 40 Commando personnel and their families, providing a range of accommodation suites and houses. The camp includes extensive fitness and gymnasium facilities, an indoor swimming pool, squash and tennis courts, outdoor climbing tower and football and rugby pitches. The base also has a medical centre, dental surgery, education centre, library, Internet suite, convenience store and families centre.

With such a high density of people inhabiting and using over 55 buildings of a variety of shapes and sizes, controlling energy use and expenditure at Norton Manor Camp is vitally important, which is why the Ministry of Defence (MOD) has embarked on a programme to become as energy efficient as possible.

Debut Services was formed in response to the MOD’s Prime Contracting initiative and is a joint venture between real estate solutions provider, Lend Lease, and Babcock International Group, one of the UK’s largest providers of property management services. It works across all MOD sites and the company’s Deputy Group Estate Delivery Manager

Somerset Group,Keith Bright, explains, ‘We are committed to addressing the unique challenges posed by the MOD’s diverse property portfolio by promoting and developing new and better ways of managing its estate. Debut acts as a single point of responsibility to deliver the capital works programme and the estate facilities maintenance.’

Having identified Norton Manor Camp as a location that could see significant benefits from a Building Energy Management System (BEMS) upgrade, capital funding was approved by the Defence Infrastructure Organisation (DIO) for Debut to deliver a new Trend BEMS. Bright contacted Martyn Robbins, business development manager at Trend. Robbins comments, ‘After visiting the site and getting a better understanding of the challenges that Keith was trying to address, I was confident that the flexibility and robust features of our BEMS would offer a perfect solution.’

After working closely with Robbins on a design and specification that would meet all budgetary and operational objectives, it was clear that a new BEMS network would not be required.  Robbins’ design experience with similar projects was proposed as a way forward for innovative use of the existing site network that would ensure less disruption to site operations and provide a much faster network speed with facility for future expansion. Bright submitted a proposal to the DIO. He states, ‘After looking at all the possibilities with Martyn it was clear to me that only a Trend BEMS would facilitate the type of energy monitoring and management performance we required. Once funding was agreed for the project the next step was to appoint a Trend specialist integrator to carry out the work.’

Along with a number of other Trend Partners (integration companies), Clevedon based ATS Controls was invited to tender for the project. After assessing its abilities as one of the country’s leading BEMS design, installation and maintenance specialists, with vast amounts of experience in a variety of applications, ATS Controls was awarded the contract. 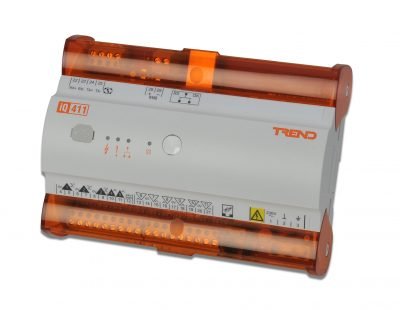 The company’s Project Manager, Rob Nevay, takes up the story and says, ‘We have worked almost exclusively with Trend for over two years and last year we were proud to become one of a select group of Trend Technology Centres (TTC). To gain and maintain this status we must demonstrate that we satisfy rigorous qualification criteria and undergo regular formal audits to ensure our activities continue to meet Trend’s required standards.’

Work began on site in early 2013, with an immovable completion deadline of the end of March. An existing BEMS from another manufacturer was already in-situ, although it had been poorly maintained, had not been upgraded and was incapable of producing any meaningful data. The possibility of using a wireless based system was considered but deemed unfeasible due to design complexity and cost.

However, having already carried out a full site audit, ATS Controls recognised that the existing copper twisted pair structured cabling infrastructure could be reutilised for the Trend BEMS by converting it to an Ethernet protocol. This made a massive difference to the overall cost of the project, and Rob Nevay comments, ‘At each outstation a copper to IP media converter was fitted, which enabled Trend controllers to be installed. Having successfully carried out this process at Norton Manor Camp, we now know that many other MOD sites could achieve an upgrade to a Trend BEMS by using a similar copper cabling infrastructure.’

The project involved configuring 41 separate outstations across the entire estate using a variety of Trend IQ3 and IQ4 controllers, drives, and I/O modules, all of which are linked to Trend control panels. Operational and energy meter data is monitored from a central location via a Trend 963 Supervisor – a graphical, real-time user interface that acts as a window to the BEMS and allows permitted personnel to directly access the information they need.  Debut has had three engineers complete Trend training and these people can now work on other MOD/Trend sites.

In a military environment security is an important consideration and Trend’s Martyn Robbins comments, ‘Security settings ensure that each user is only presented with information and functions that are relevant to their authority or task, and the 963 Supervisor even learns the structure of the system so that it can make adjustments to how the building services are configured.’

The installation was completed on time and the true benefits of the decision to upgrade are now being realised. On-going refinement of the BEMS is necessary to make continual savings and ATS Controls carries out a regular process of optimisation. This ensures that the building services operate in strict accordance with demand, thereby avoiding unnecessary use of energy, while making the BEMS work much harder to increase return on investment.

For Debut Services’ Keith Bright the new BEMS has exceeded all of his initial expectations, and he concludes, ‘This has been one of the largest projects of its kind that we have completed for the MOD and I’m delighted that Norton Manor Camp now has the ability to manage, monitor and save energy thanks to the combined expertise of ATS Controls and Trend.’