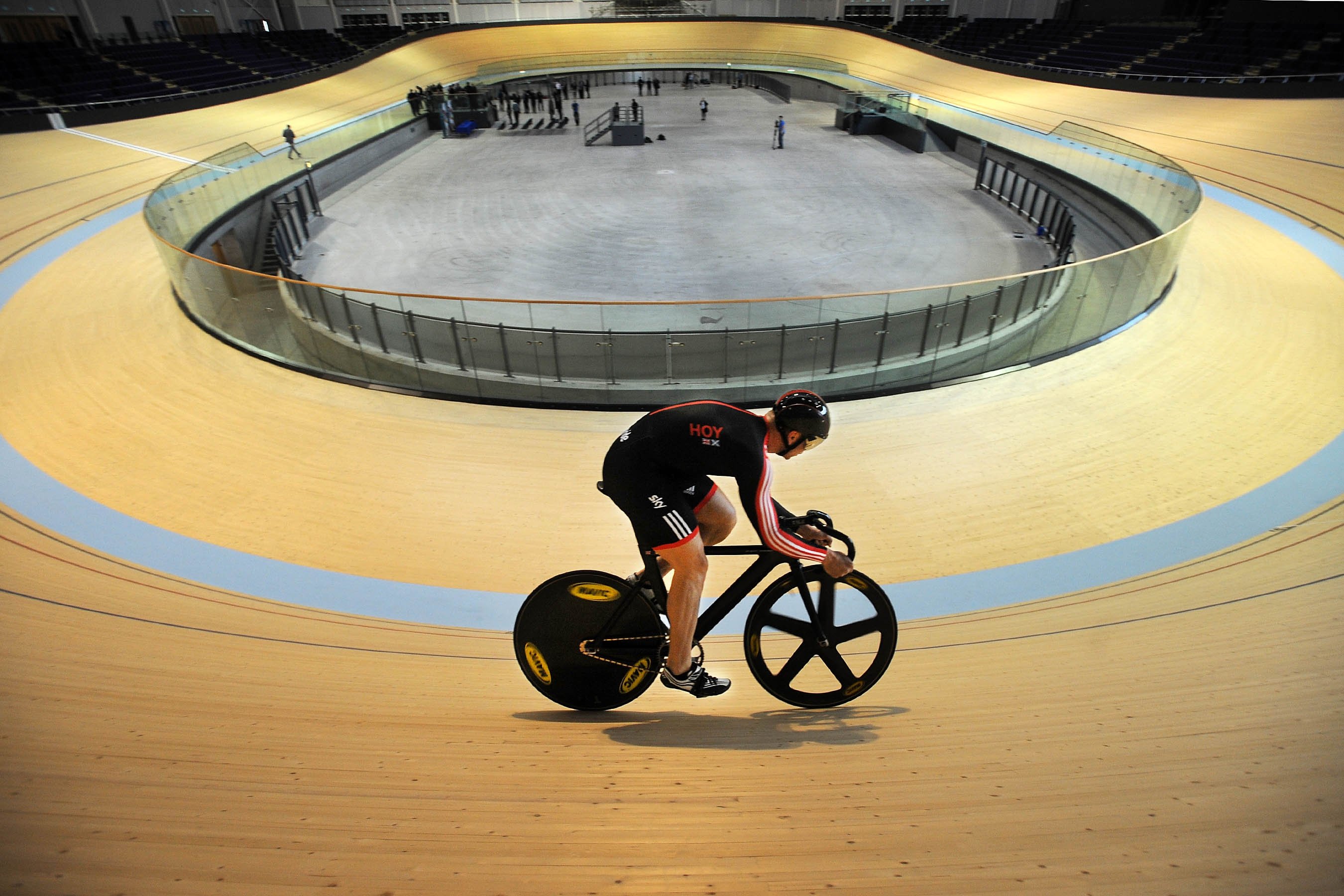 The Emirates Arena and adjoining Sir Chris Hoy Velodrome played pivotal roles in the success of the recent Glasgow 2014 XX Commonwealth Games. To fulfil its ambition to be one of the most sustainable sporting events ever, a Building Energy Management System (BEMS) from Trend Control Systems was used in both of these state-of-the-art venues.

With 4,500 athletes taking part in 17 different sports, the Glasgow 2014 XX Commonwealth Games was one of the highlights of the summer. For the city it represented a chance to put itself on the world stage and provided numerous opportunities for people, businesses, organisations and communities to get involved. 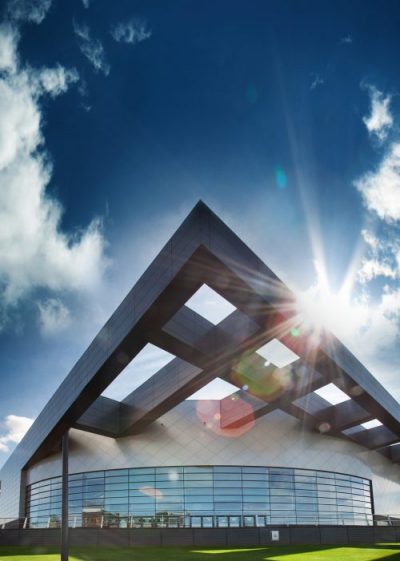 Glasgow 2014 utilised 14 individual venues and most of the events took place on three compact site clusters to the east, south and west of the city centre. Although many existing venues were used, Glasgow 2014 offered an opportunity to help regenerate certain areas and part of this activity involved the construction of the Emirates Arena and Sir Chris Hoy Velodrome – state-of-the-art venues that are housed in one of the most versatile structures of its kind in Europe.

Located on a 10.3ha site, the £116m Emirates Arena and The Sir Chris Hoy Velodrome comprise a 38,000m2 7,000 capacity arena, a multi-purpose 2,500m2 sports hall that holds 1,000 spectators and a 2,500 capacity velodrome, which occupies an area of 8,500m2. The complex also includes dance and fitness studios, external multi-court areas and the facility is the administrative hub for several national sports federations and Glasgow Life’s Sports Development unit. The arena is also a national training centre for athletics, basketball, netball, track cycling and volleyball.

The venue opened on 6th October 2012 and quickly became a popular landmark. As part of the Glasgow 2014 legacy, it will also aid the development of the next generation of elite Scottish athletes and provide first class facilities for the community.

During the early stages of the event preparation programme, Glasgow 2014 expressed a desire to be one of the most truly sustainable sporting occasions in history and its efforts were recognised when it was awarded ISO 20121 certification, the international standard for sustainable event management. This certification demonstrates that Glasgow 2014 considers the economic, environmental and social impacts of every decision made.

Optimised energy management was considered vital, so when constructing the Emirates Arena and Sir Chris Hoy Velodrome, it was decided that a BEMS would offer the most effective method of monitoring and controlling how this resource was used. As part of a comprehensive tender process, Glasgow based Enterprise Control Engineers, a leading installer of BEMS and a Trend Partner, was invited by the main contractor, Sir Robert McAlpine, to put forward a proposal. Formed in 1982, Enterprise Control Engineers has an enviable reputation for its engineering, design and commissioning skills, and the ability to offer a complete controls solution.

‘The Emirates Arena and Sir Chris Hoy Velodrome are housed in a massive building and the requirements for the BEMS were quite complex,’ explains Graham Hobbs, Enterprise Control Engineers’ operations manager. ‘Having worked with Trend for many years, we were confident that its BEMS would meet all the stated requirements, thanks to its ability to control the building’s energy consuming devices. The data the BEMS produces allows facilities managers to better analyse, understand, reconfigure and improve their site’s energy usage and costs, by having them presented in an organised and informative way.’

Impressed by its approach, Sir Robert McAlpine awarded Enterprise Control Engineers the contract and work soon began on-site. To make the system as future proof as possible, Trend’s IQ®3xcite controllers were used extensively. Asked to explain their features and benefits, Patrick Quinn, Trend Control Systems’ Regional Business Development Manager, replies, ‘By communicating via Ethernet, IQ®3xcite can integrate seamlessly with a client’s IT network and the embedded web server enables access from anywhere in the world, without the need for proprietary software.’

The flexibility of the devices has proved ideal in every situation, despite the wide variety of plant they are called on to control. Enterprise Control Engineers’ Graham Hobbs, says, ‘Their versatility means that we have been able to use them for a diverse range of applications including controlling the boiler house, the air conditioning system, the underfloor heating in the changing areas, the Fan Coil Units in the offices, and the radiant heating panels in corridors. They also perform an important role in maintaining the conditions within the Sir Chris Hoy Velodrome by monitoring humidity levels, which if not kept at the correct levels could have a detrimental effect on the wooden track.’

The IQ3xcite controllers have been configured alongside a series of control panels, which are connected via an optical fibre based local area network (LAN). All data is sent to a central monitoring station located on-site, where the facilities management team can interact with the BEMS through the use of a Trend 963 Supervisor.

An advanced real-time graphical user interface, the 963 Supervisor enables designated personnel to monitor the plant and building services, and make changes to the way the building uses energy during different times of the day. An additional 963 Supervisor unit has been installed at the Glasgow Life HQ, which enables authorised users to monitor and adjust the facility remotely.

‘Security settings ensure that the user is only presented with information and functions that are relevant to their authority or task and the 963 Supervisor even learns the structure of the system so that it can make adjustments to how the building services are configured. Remote monitoring has also been enabled, so that even when off-site, facilities managers can check the system via a PC, or even mobile devices such as tablets and smartphones,’ explains Trend’s Patrick Quinn.

In order to provide an early warning system an alarm management system has been configured on the 963 Supervisor. Alarms indicate problem areas and events, such as water leaks or when conditions fall outside the setpoint parameters. Once again, the alarm management system has been configured to allow for remote operation if an alarm were to occur ‘out of hours’. Notification could also be sent via a SMS and email to a dedicated mobile phone. To avoid any false alarms, Enterprise Control Engineers also configured a special ‘event mode’ for the BEMS to account for spikes in energy use when the building is fully occupied.

In addition to the interface provided by the 963 Supervisor, Trend’s IQ®View8 full colour 16:9 touch screen displays were used in the boiler house panel and the main chiller panels to provide those working in the area with instant access to energy usage information. A self-configuring user interface to the BEMS, the IQ®View software presents the user with a familiar Windows operating environment, with visual access to all of the controllers and devices on-site.

Since being installed the BEMS has operated perfectly and it continues to make the Emirates Arena and Sir Chris Hoy Velodrome as energy efficient as possible. As a precautionary measure, during each of the 11 days of competition personnel from Enterprise Control Engineers were deployed from 8.00am to midnight to respond to any unforeseen BEMS related issue. As it turned out, there were no issues at all to deal with during that period, which only goes to prove the reliability of the BEMS.

The feedback from the building’s occupants on the BEMS has been unanimously positive and Graham Hobbs of Enterprise Control Engineers is delighted to have worked on what is the most prestigious construction project in Glasgow’s recent history. He concludes, ‘While the Glasgow 2014 XX Commonwealth Games was a fantastic event that we all enjoyed, the fact that this venue has left a lasting legacy as a centre for sporting excellence, a community sports facility, and is a catalyst to major investment and regeneration in the area, is equally rewarding. We now have a contract to maintain the BEMS, which will continue to ensure that the building remains as energy efficient in the future as it is today.’