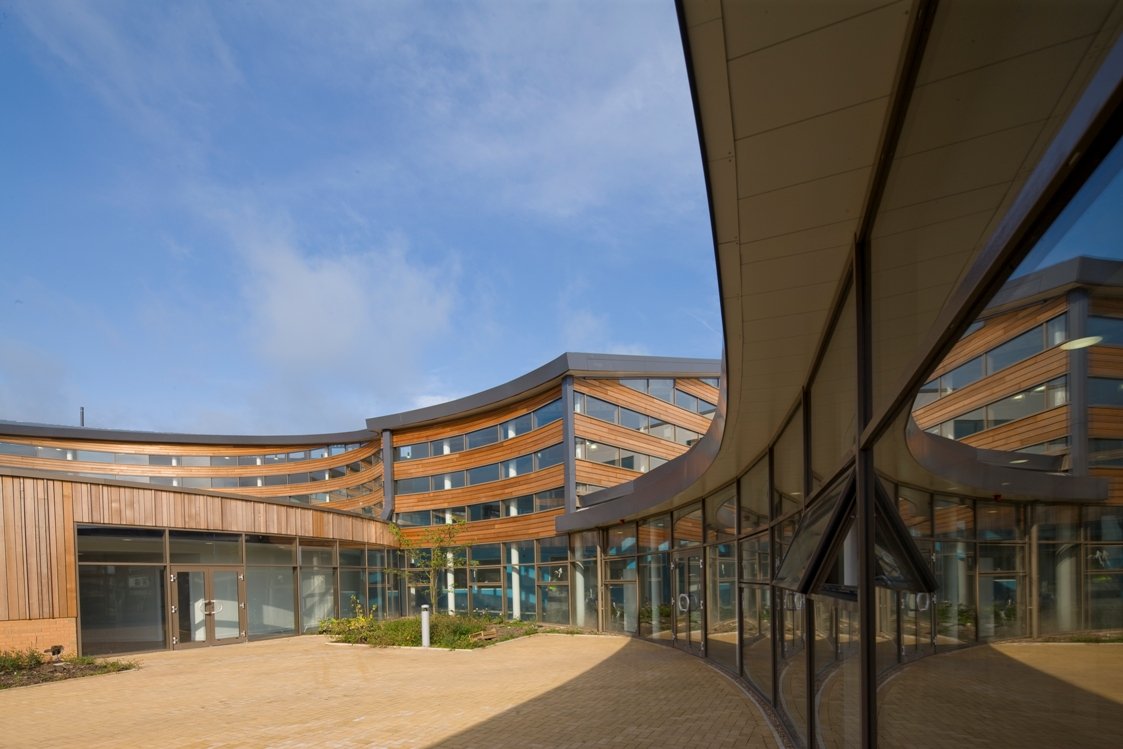 Becoming something of a local landmark because of its prominent location, Appleton Academy in Wyke, West Yorkshire, with its circular design and sloping green roof is the first through-age academy in the region linking three phases of learning in a single building. 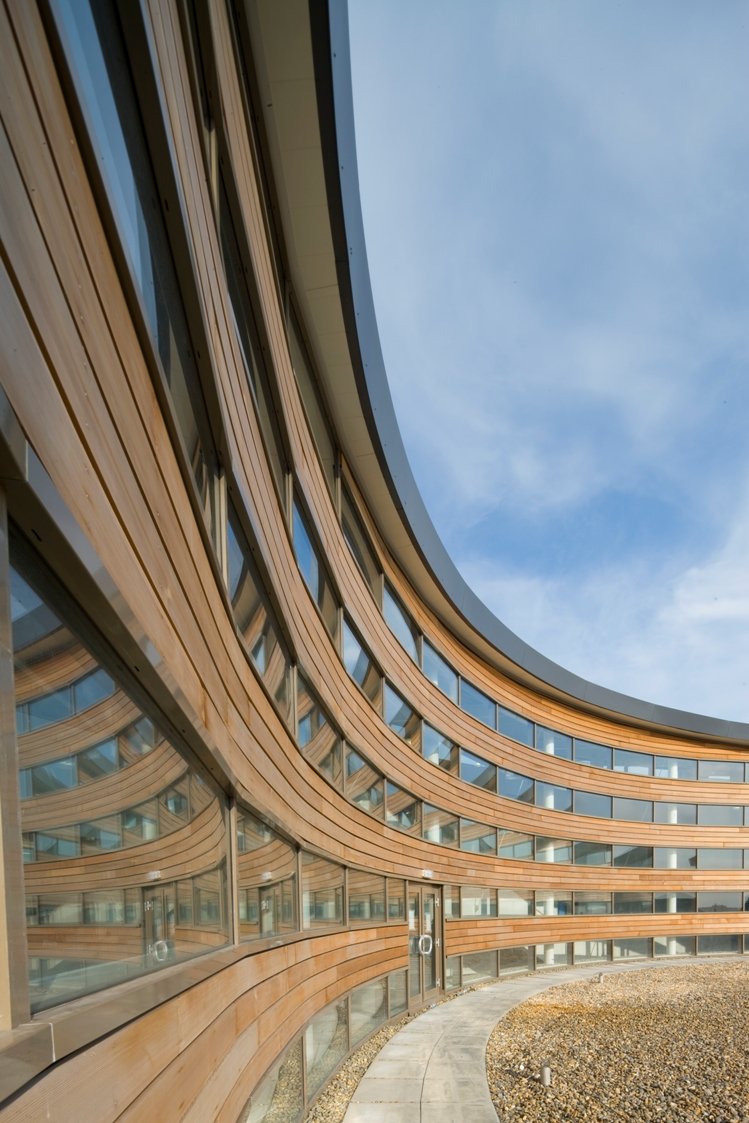 Developed on behalf of Bradford College the academy incorporates two former schools offering education from nursery through to sixth form in a unique concept with the building stepping up in scale as pupils’ progress through key learning phases. An important part of the development included a new community library and primary school facilities funded by Bradford Council.

While separate entrances are maintained for lower, middle and upper schools, who maintain individual identities, all share in the combined facilities of the academy including the extensive community library, collaboration spaces and theatre. The refectory, cafe and staff hub form a portal in the outer circle of the academy with panoramic views across the Pennines. 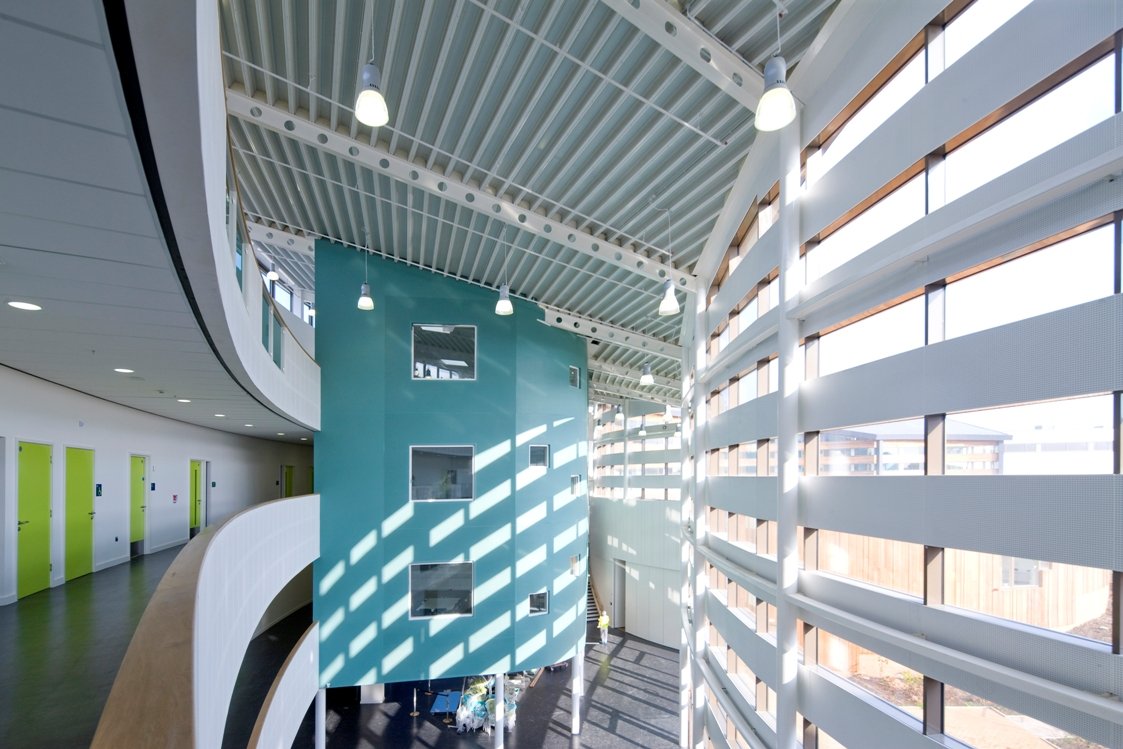 Growing from its single storey the academy progresses through its circular form to four levels with its light and bright interior aided by the use of Reynaers CW 50 curtain wall with insert vents throughout. Nowhere is this more apparent than in the upper development where a floor to ceiling curtain wall system, interspersed with the building’s classic and striking cedar rain screen finish, was fabricated and installed by leading building envelope specialist Prater.

“Our continued specification on ground breaking educational projects such as Appleton Academy demonstrates the level of understanding and knowledge we have acquired to help realise and deliver creative design”, said Paul Duffy, Reynaers Sales Director. “The academy is designed to provide the best possible environment for learning as well as serve the local community for a long time to come.”

Appleton Academy was a full interdisciplinary project utilising Building Information Modelling and was highly commended at the SCALA Civic Building of the Year Awards 2013. Main contractor on the project was H&J Martin.