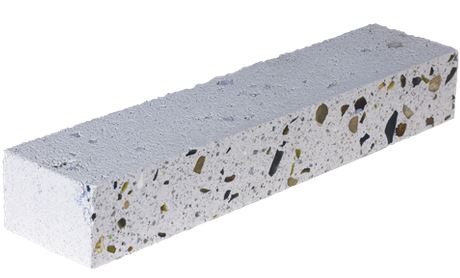 Lignacite’s new range of ROMAN BRICKS has been created to offer a contemporary design feature to Architects.

Lignacite’s Roman Bricks are available in a range of colours, textures and finishes, offering a contemporary and flexible module for Architects and Designers.

Why Choose Our Roman Brick
The Roman Brick is either cut from our standard size block, or formed in a special block machine mould, we can therefore offer this format in all of our colours and texture combinations to create a large variety of different effects.

How it’s Made
As with all Lignacite products, Roman Bricks are manufactured from a range of different aggregates and incorporate a high percentage of recycled materials such as shell, glass and mother of pearl.

Versatile
Whilst creating a contemporary look, the use of Roman Brick can also facilitate new buildings to blend into more traditional settings.

Custom-Made
Our aim is to work alongside designers to create unique products that compliment individual projects.

This can include using the recycled aggregate from an existing building on a site, through to incorporating almost anything from natural sea shells to luminescent powder coated glass.

Where It’s Been Used
This product has been used to great effect in a number of recent projects including the Athlete’s Village in the Olympic Park and Blackpool’s Tower of Love.

The Cumbria Archive project involved the creation of a state-of-the-art archive for north east Cumbria public records offices and the restoration and renovation of the Grade II* listed mansion, Lady Gillford House at Petteril Bank. 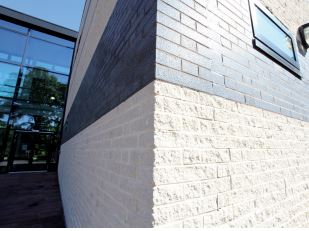 The archive building generates its own style and confidence and represents the quality aspirations of the project and the rejuvenation that the project brings to the site as a whole. Though it is a large building it is sited on the footprint of a demolished factory to minimise the effect on historic landscape. The form was designed to sit as low as possible in the landscape and light coloured materials were used on the elements facing the existing residential properties. English Heritage was closely involved in creating a building design which combines an innovative and striking
balance of old and new. 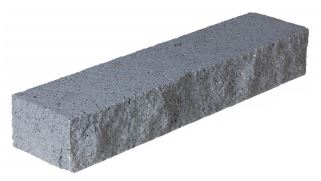 This second phase of Canning Town’s Rathbone Market redevelopment comprises 165 new homes, 12,000 sq ft of retail space, a new community building and two new public squares, one of which will form the centrepiece of the finished scheme and permanent home for Rathbone Market, and the other a new landscaped entrance to the existing subway beneath the Newham Way. The proposals improve pedestrian links within the locality and realise significant environmental benefits. 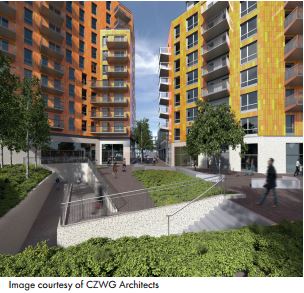 What the Architect had to say… 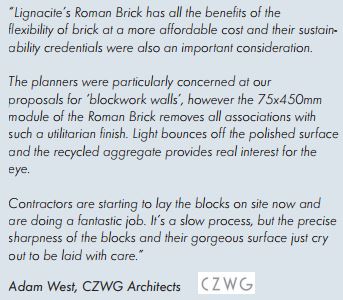 Lignacite worked in collaboration with dRMM to create a new and unique Planished Roman Brick that incorporated recycled glass. Initially in green but ultimately using brown glass. The bottles were ‘sourced’ at home by Lignacite’s thirsty workforce. The resulting masonry skin has been used in the walls and floors of the Olympic Village. 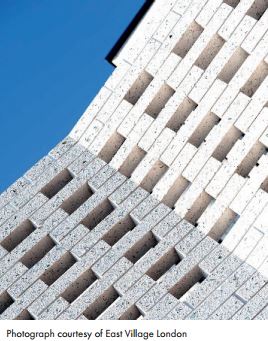 Now known as East Village, this is London’s first Olympic legacy village and newest neighbourhood on the doorstep of the Queen Elizabeth Olympic Park. It is an entirely new residential area for London and provides 2,818 high quality, well designed homes for thousands of individuals, couples and families.

East Village in it’s new guise continues to win awards, the latest being on the 5th of February 2014 picking up two prestigious awards at The London Planning Awards – Best New Place to Live and the Mayor’s Award for Planning Excellence.

This product’s highly decorative yet durable manufacture and finish, combined with it’s good looks and sustainability continues to stand the test of time on this London landmark.

The Tower of Love, perched on the Blackpool seafront was designed by dRMM and incorporates Lignacite’s planished Roman Brick, a product developed in collaboration with the architect.

The concept was to create a civic space that framed couples between the ocean and the Blackpool Tower, as they exchanged their marriage vows. At ground level a restaurant connects promenade and horizon views.

Festival House has outwardly pitched walls, exaggerating its scale from all angles. The engineered timber construction is set on a plinth. The Roman Brick has been used as cladding to protect the walls from the Atlantic weather. 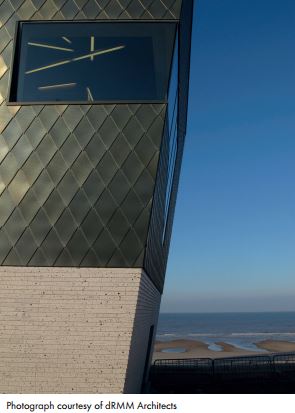 The blocks are made from recycled glass which is bound together in a limestone matrix and then planished. Planishing is a technique that creates a polished finish, but with a degree of texture.

On the main building it has been stepped to create small overhangs and interest with additional shadow.
The overall result combines recycling and sculptural form.