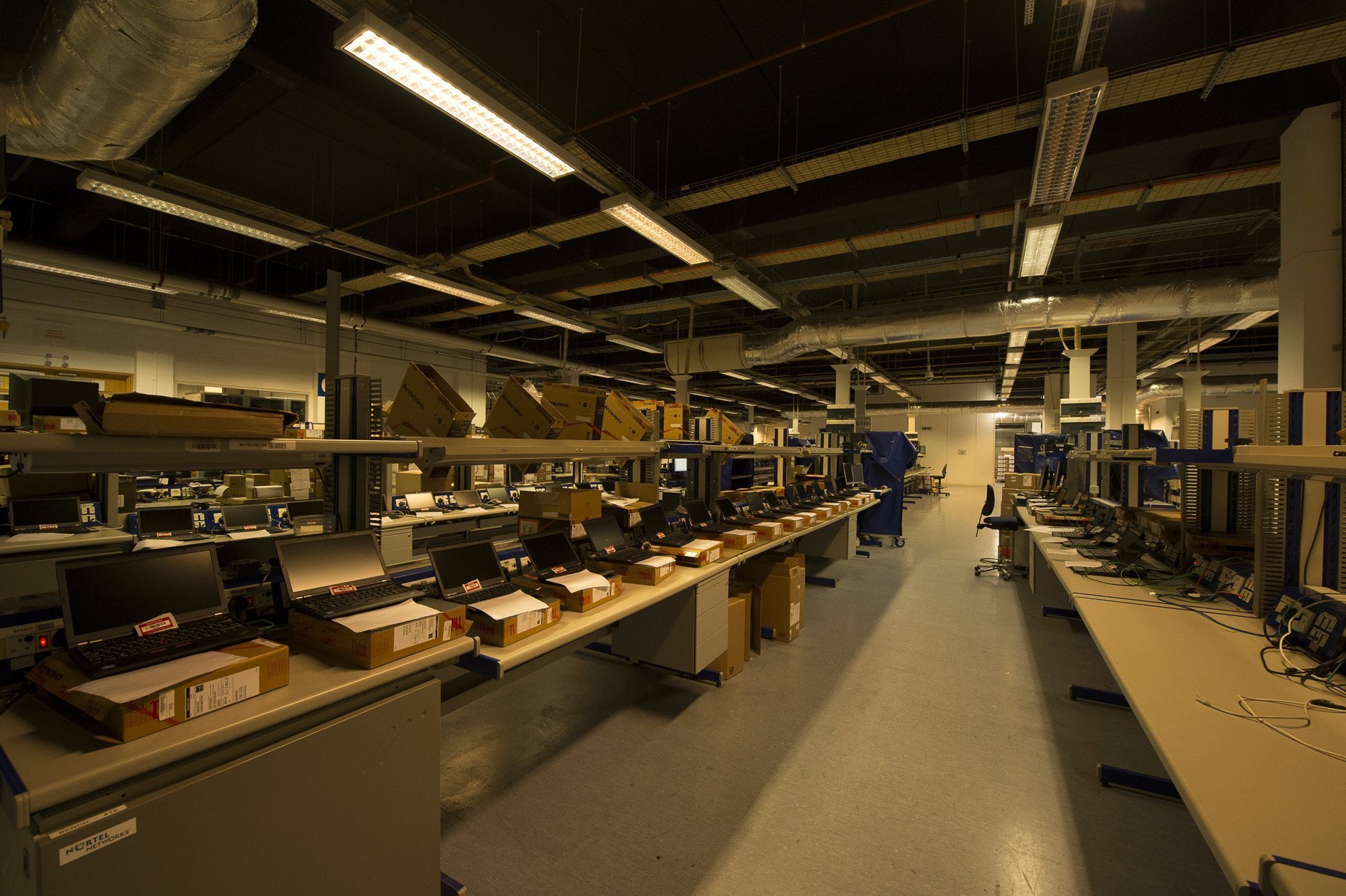 One of the true success stories in British IT history, Computacenter was formed in 1981 during the early days of personal computing by two entrepreneurs, Philip Hulme and Peter Ogden. Such was the interest in what the company had to offer that by 1983 it had achieved a turnover of £1.5m. Having always strived to exceed the expectations of its customers, in 2012 Computacenter received the highest satisfaction rating in a KPMG survey of UK IT service providers and their customers, coming top for customer satisfaction and innovation.

Computacenter is proud of its status as Europe’s leading independent provider of IT infrastructure services. It advises organisations on IT strategy, implements the most appropriate technology, optimises performance, and manages its customers’ infrastructures. In doing this it helps companies maximise productivity and the business value of IT for internal and external users.

As well as helping its customers adopt green IT practices, Computacenter has its own rigorous corporate social responsibility (CSR) agenda and does all it can to reduce its energy consumption and lower its CO2 emissions. Since 2007, it has been committed to the 10 core principles of the United Nations Global Compact (UNGC), aimed at demonstrating ethical, environmental and social responsibility towards its workforce and in its business interactions within each community and country in which it operates.

Computacenter’s UK headquarters is based in the Hertfordshire town of Hatfield and the site also houses its 350,000ft2 customer fulfilment centre (CFC). A vital part of the company’s operation, Computacenter’s Head of Facilities, Kevin Graham, was concerned that the lighting system used in the CFC was inefficient and not producing a desired level of light output. He comments, ‘I realised that the sodium lamps and fluorescent tubes in-situ were yesterday’s technology and that far more efficient alternatives were available. While the light output was a concern, so too were the costs associated with lighting the CFC, as we had used 738,814kW/h of energy in the previous 12 months.’

Having been made aware of Future Energy Solutions (FES), he invited the company in to discuss the various options available and it soon became apparent that a light emitting diode (LED) lighting solution would offer the best return on investment (ROI). Commenting on the benefits of LED lighting, Marcus Brodin, Commercial Director at FES, states, ‘Our experience has indicated that using this technology can reduce lighting bills by up to 65 per cent. What’s more, LED luminaires are also environmentally friendly, as they are 100 per cent recyclable and free from mercury and other hazardous chemicals that are harmful to the environment. This is important for any organisation like Computacenter that is committed to CSR.’

With the lighting in the CFC being on for anything up to 18 hours a day, FES and Computacenter decided that replacing the 700 luminaires would offer the most immediate benefits. FES is agnostic in selecting the right technology package, so after narrowing down the most suitable options to two brands from its panel of manufacturers, Brodin provided case studies that looked at how each product set could meet all the operational and environmental requirements based on price, energy savings, aesthetics and enhancements. Finally, it was decided that LED fittings from Whitecroft’s range would be the best option, thanks to their ability to deliver low energy usage and high comfort lighting with minimal through life maintenance.

The 11 week long installation programme was completed on time and on budget, and the result is that the CFC will have a post upgrade energy use of 334,290kW/h per year – a massive 54.75 per cent improvement. In addition, the maintenance of the previous infrastructure used to cost Computacenter in the region of £4,000 per year and this will now be negligible for the next five years at least, and a fraction of the existing maintenance costs thereafter. The new luminaires are also installed with a five year advanced replacement warranty that provides a faster substitution of any defective parts.

As one of the nation’s 2,000 largest organisations Computacenter has to comply with the CRC Energy Efficiency Scheme. Therefore, it is required to monitor its energy use, and report its energy consumption on an annual basis. The cost to the company of CRC compliance was £6,500 per year, a figure that has now been reduced to £3,000.

Creating the correct environment for the safe operation of equipment within the facility was also a key objective, as although the previous lighting levels were meeting CIBSE guidelines regarding Lux levels required in correlation to workplace activities, Graham felt that more could be done. The LED lighting upgrade has increased Lux levels by 25 per cent, which as well as enhancing the health and safety of employees, will also increase productivity and general wellbeing.

Computacenter’s Kevin Graham is delighted with the results, and concludes, ‘Not only did FES meet the agreed deadline, its project management and delivery capabilities were second to none. The new lighting infrastructure will not only offer a fast ROI and make a significant contribution to our environmental agenda, it has also made the CFC a more pleasant place to work. I’m looking forward to hopefully working together again with FES on future projects.’

FES has produced a time-lapse video of the entire Computacenter installation, which can be viewed at http://vimeo.com/110147443.