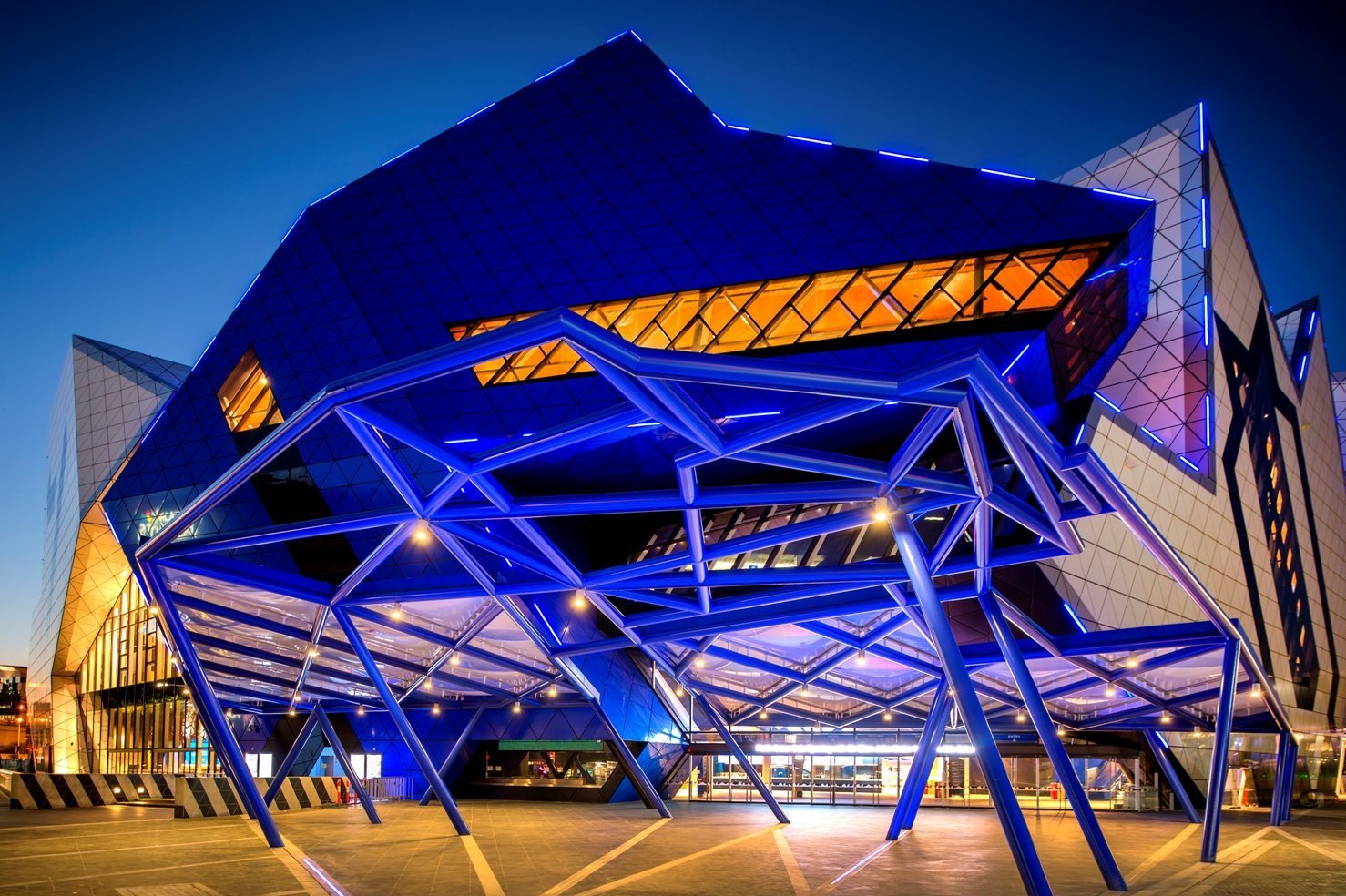 Designed by architects ARM+CCN, a joint venture of ARM Architecture and CCN Architects, Perth Arena is defined by nine unique façades and links the city’s business district with Northbridge. Its vivid colours and dynamic geometry provide a vibrant and eye-catching new international entertainment venue attracting world-renowned artists to the capital of Western Australia. 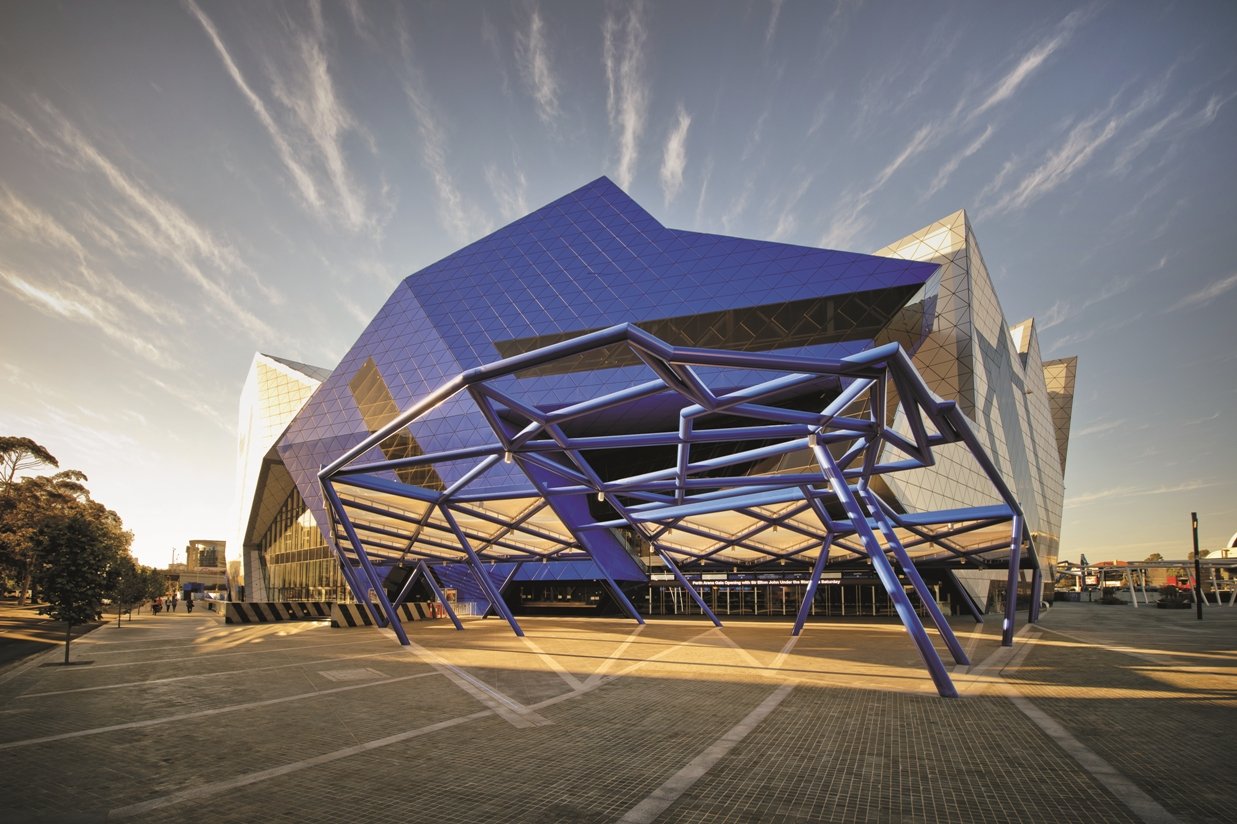 Taking the form of interconnecting polygons the façades feature a bespoke curtain wall solution designed and developed by Reynaers and based on the CW 50 Structurally Clamped system.  As part of the development programme the bespoke curtain wall system was extensively tested to ensure its ability to withstand all wind loads, thermal and structural movement as well as the system loads imposed by the building’s diagonal transoms.

Fundamental to the design concept developed by the architects the glazing had to be as one with the other façade materials, presenting a uniform and uninterrupted exterior. Laced with bold colours blue, white and black, the façades merge seamlessly with cladding in bold geometric patterns while parallel sashes of irregular shaped windows appear almost nonexistent when viewed from the outside. Internally, however, it is a different story as the fenestration highlights the design features while bringing in all important natural light, combined with skylights, to vital areas of the arena. This visually stunning achievement led to the building been awarded The Australian Window Association’s ‘Best use of Windows and Doors Commercial – New Construction’ award. 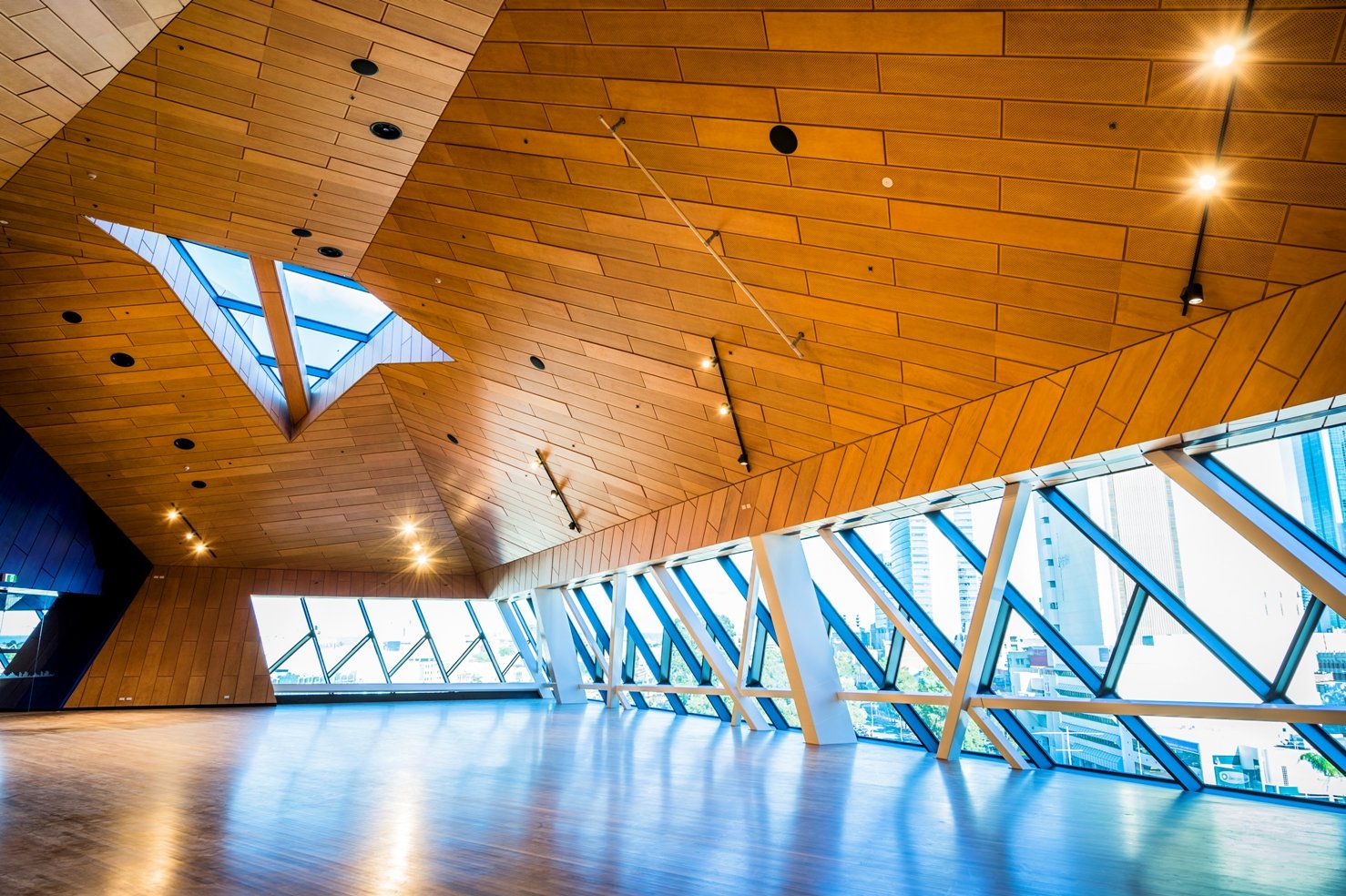 As day turns to night a transformation takes place as the arena comes to life with pulsating streaks of light chasing along the clean lines of the building like a huge spacecraft on the landscape it instinctively draws people towards it.

Energy efficiency and the environment play a significant role in the day-to-day operation of Perth Arena which utilises mixed-mode natural ventilation aided by the installation of parallel openers in the curtain walling. An expansive roof area accommodates a large photovoltaic array and low energy displacement air conditioning is utilised throughout the venue. With U-values of approximately 1.5 and a Solar Heat Gain Coefficient ranging from 0.23 to 0.6, the CW 50 curtain wall systems assist the building’s energy efficiency. 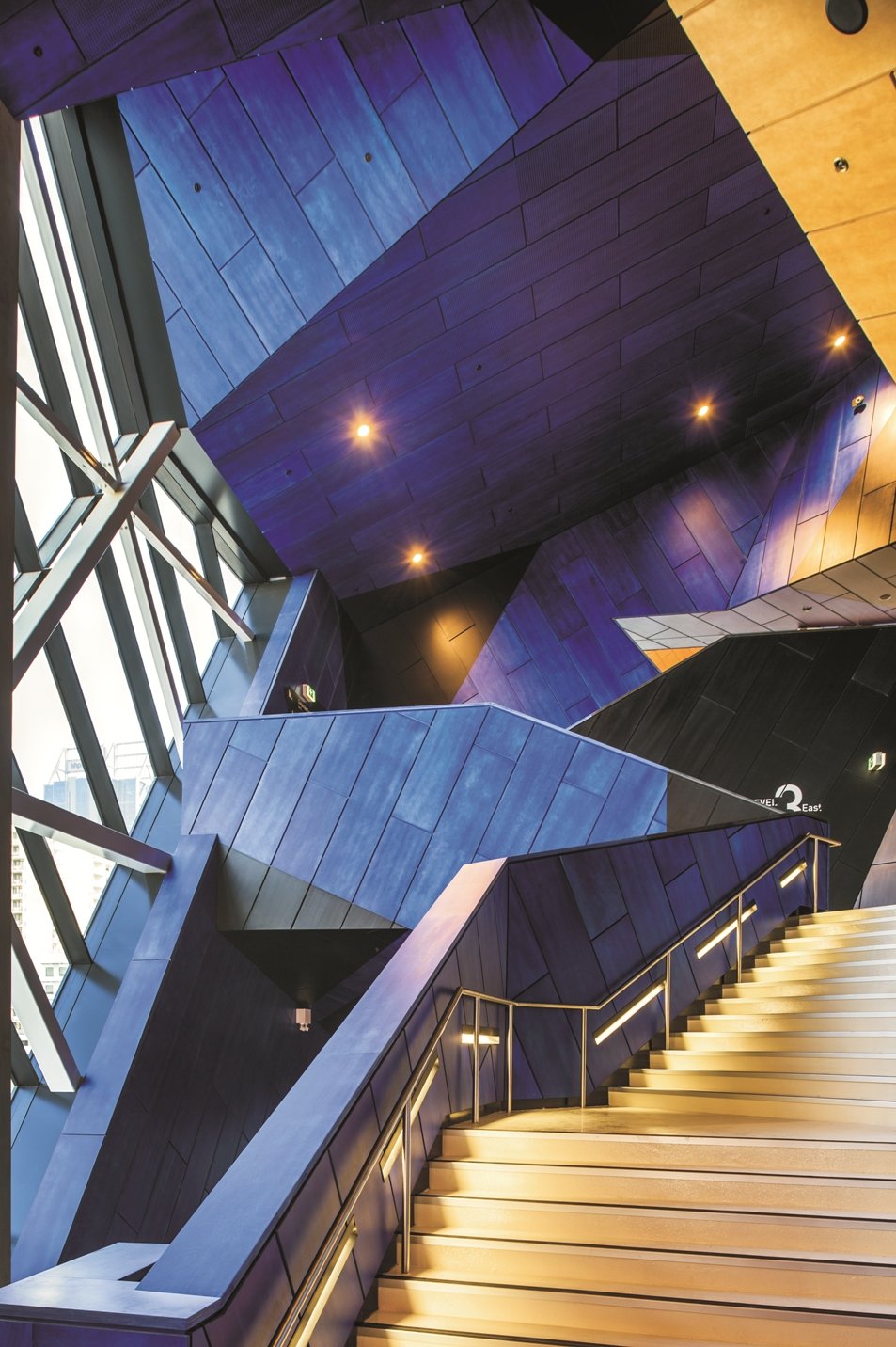 Contained within the highly complex arena is a concert venue and multi sports stadium with complete flexibility to stage A-listed music concerts alongside international and national sports tournaments, the equal of any venue in the world. In addition to the 15,500 capacity arena topped by a 56 metre by 35 metre retractable roof that opens in just seven minutes, there are five high quality and distinctive function areas, 36 corporate suites, six food and beverage outlets and a 686-bay underground car park. All are interlinked by vast 50 metre high atriums and walkways for ease of navigation throughout the arena complex.

Main contractors on the project were BGC Construction, Perth and Fabricators were Alcom Fabrications, Perth.