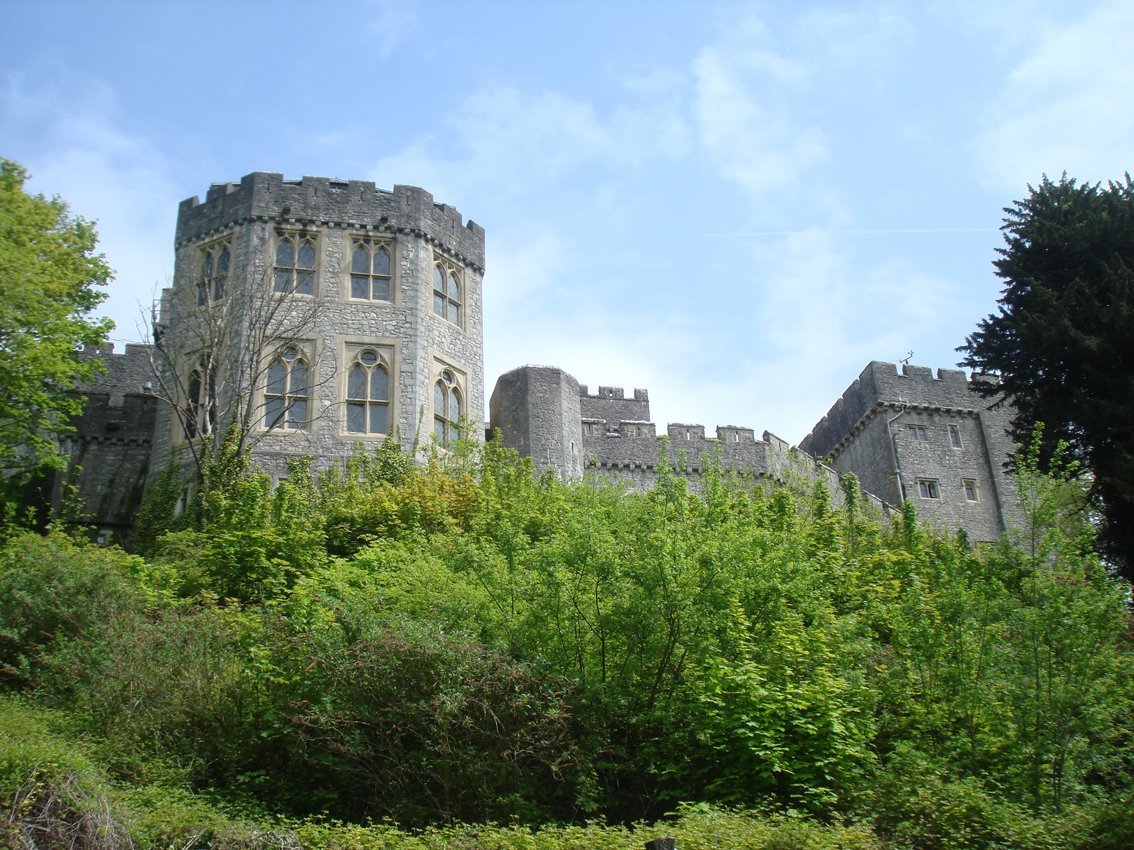 When Atlantic College’s biomass boilers failed to operate correctly due to problems with the heating system’s internal process controllers, a Building Energy Management System (BEMS) from Trend Control Systems came to the rescue.

Established in 1962, Atlantic College was the first United World College (UWC) and has been providing pupils from all over the world with an educational experience centred on shared learning, collaboration and understanding.  Based at the stunning St Donat’s Castle – a 12th Century castle near the town of Llantwit Major on the South Wales coast – it was among the first educational institutions in the world to follow the international baccalaureate curriculum and currently has 350 students from more than 90 countries.

Back to the future

St Donat’s Castle acts as the main building of the College and is used for assemblies and performances, a library, staff offices, student common areas and a wide variety of academic departments.

Students live in seven accommodation houses, while lessons take place in modern academic blocks, converted medieval estate buildings and the Castle itself. The facilities include a state-of-the-art gymnasium and a converted tithe barn, which is also open to the public as a theatre, arts centre and cinema. This building with its contemporary glazed extension by notable local architect, Chris Loyn, has received much praise in the architectural community as well as from groups interested in building conservation. 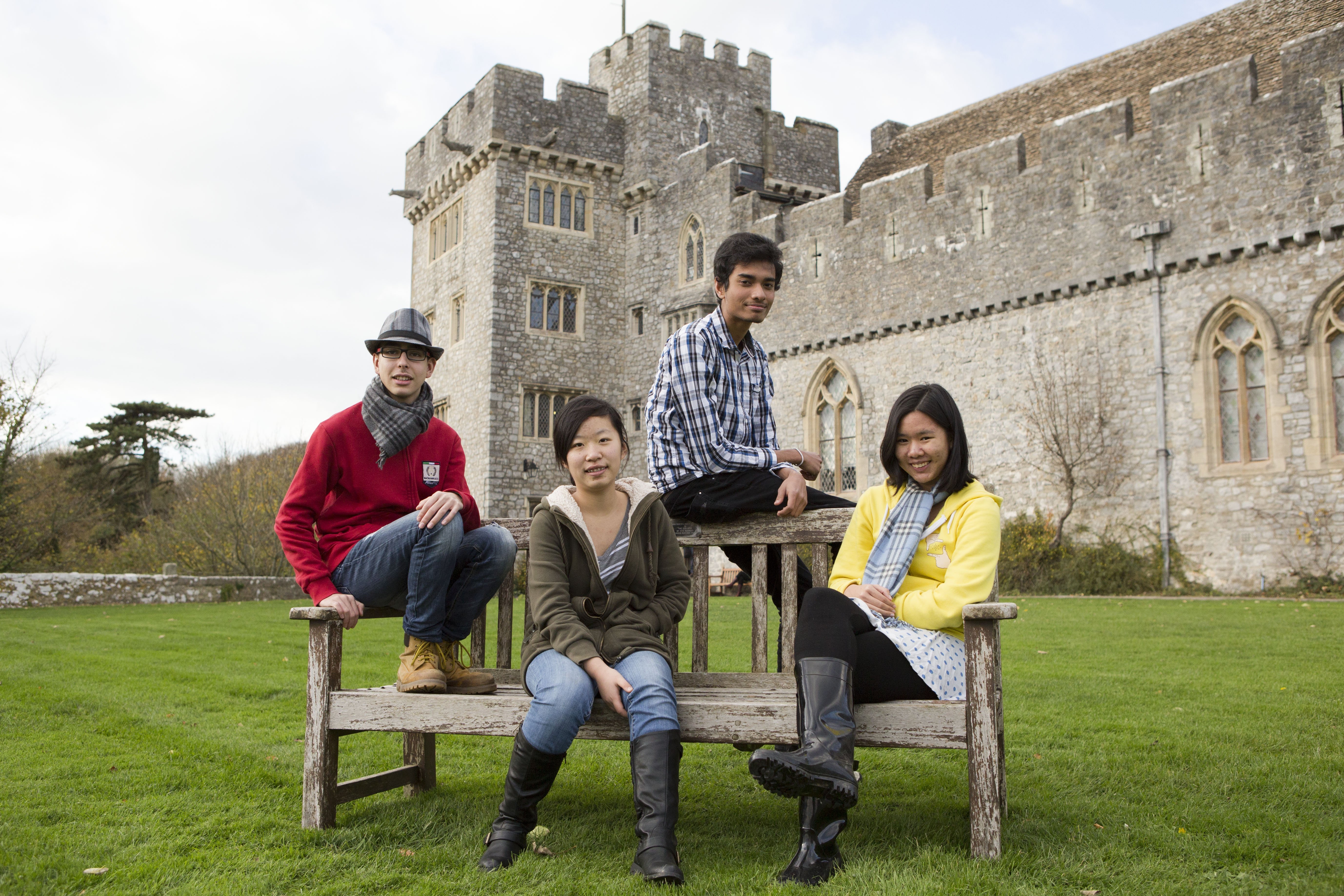 Heat of the moment

Atlantic College also has a strong focus on local and global sustainability and does all it can to operate in the most environmentally friendly ways possible.

Nick Grenfell-Marten, Director of Operations at Atlantic College, explains, ‘In 2004 we installed a 1.2MW biomass heating system, featuring two biomass boilers. Brought in to replace an ageing and unreliable oil based boiler system, it runs on locally sourced sustainable woodchip biomass. It makes the campus currently the largest site in the UK to be heated in such a way.’

However, by 2010 the original biomass boilers’ process controllers were regularly failing. This was due to ageing mechanical components causing the process controllers to burn out due to a lack of motor protection. Replacement parts were expensive and difficult to source, which meant the College had to rely on a back-up LPG boiler and the older oil fired boiler, which increased running costs, reduced its ability to provide heat and hot water and hampered its sustainability based efforts.

Atlantic College contacted Gloucestershire based Global Building Controls (GBC) with a view to specifying and installing a new control system.

Paul Martin, Director at GBC, comments, ‘We work within a diverse range of environments and pride ourselves on always finding an appropriate solution to any problem. After carrying out a site visit we concluded that most of the modern controllers available would need a lot of mechanical modification to make them compatible with the existing system. To address this issue, we decided to design and manufacture a process control system that would work in harmony with the existing mechanical components utilising a BEMS from Trend.’

Finger on the pulse

A Trend IQ controller adjusts the boiler output demand according to the measured boiler temperature, in order to maintain the set temperature, which is user adjustable. The combustion fan blowers are regulated independently by pulsating the blowers with short pulses at low output, while the flue fans are also optimised through the use of Trend’s VSDs.

Commenting on the advantages this offers, GBC’s Paul Martin states, ‘In this way variable boiler outputs are achieved and the boiler controllers will shift into slumber mode when the boiler flow temperatures are satisfied against their desired set points.’

The system features a wide range of intelligent technology. The feed and ash auger motors are protected with smart motor protection overloads that can stop the motors automatically when they sense overcurrent due to a jam. The control system has been designed to allow an automatic attempt to clear the jam by reversing the motors for a few seconds before re-starting in the correct direction.

Paul Martin says, ‘We have built in a lockout feature, whereby an engineer can be alerted through the local Trend IQView4 display or the site 963 Supervisor, a graphical, real-time user interface that acts as a window to the BEMS and is connected via a local area network (LAN). Wood jams are further prevented by flush fitting proximity sensing probes with LED colour change indication mounted in the wood hopper. The visual indication on the probes helps to identify where the jam has occurred.’

Burn backs are prevented by first automatically dosing wood chips with water through the pulsing water solenoid valves. Then, once the overheat sensors are satisfied, the stoker motors are reversed to draw back the wood chips from the flames, thereby preventing it happening again. As soon as the system detects a stable condition, the process will attempt to restart.

Atlantic College has also commissioned GBC to improve the energy efficiency of its swimming pools. Inverters are now used to drive the pool pumps and reduce the pump speeds during low pool turnover periods. The pool dosing equipment monitoring system has also been integrated into the 963 Supervisor, so that pool water quality conditions can be logged by the BEMS.

Atlantic College’s Nick Grenfell-Marten is delighted with what’s been achieved and concludes, ‘The installation of Trend BEMS boiler process control has played a vital role in achieving additional energy reductions and lowering the site’s overall carbon emissions, as the new controls have enabled a reduction in the amount of wood chips needed, without a loss of heating output. It is an excellent result for us and I’m looking forward to discovering new ways of using the Trend BEMS to make further savings.’