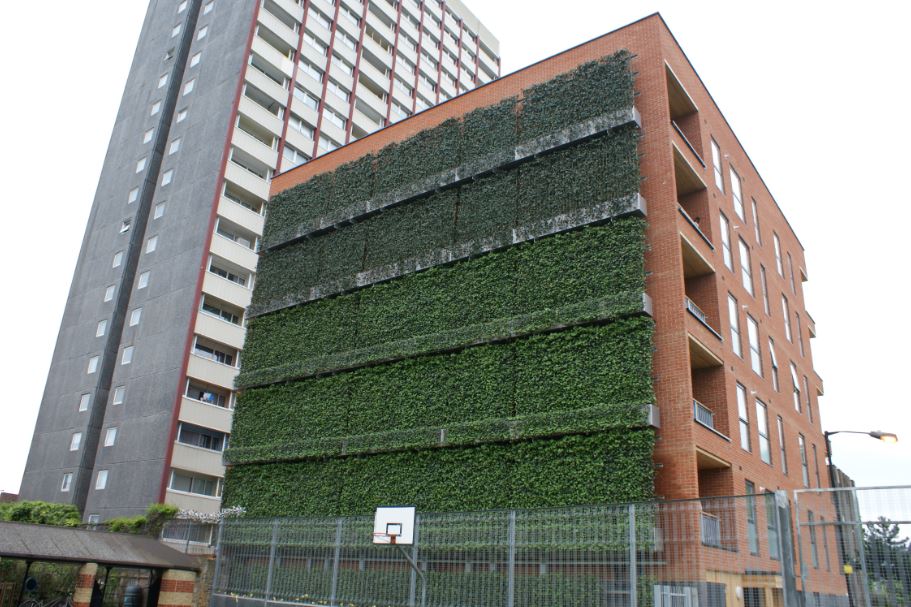 In its 2012 report on health indicators of sustainable cities, the World Health Organisation recommended 9 square meters of green space per inhabitant of urban spaces. Of course, the WHO was referring predominantly to the importance of parks and other spaces to public health for recreational use, but the organisation also recognises the importance of greenery in tackling other health issues such as air quality.

Recommending green space within towns and cities is all well and good, but if those urban centres are centuries old with limited space – as they typically are in the UK – what alternatives are there for introducing greenery to help tackle air pollution?

One solution is not to think laterally, but vertically instead, because here we have a great deal of square footage of space that can be used.

This idea of vertical greening of buildings is of course not new. The idea of living walls and cultivating plants on the sides of buildings is both well established and extremely effective, as well as delivering a stunning effect. Yet there are other ways in which vertical structures can be quickly and easily introduced. 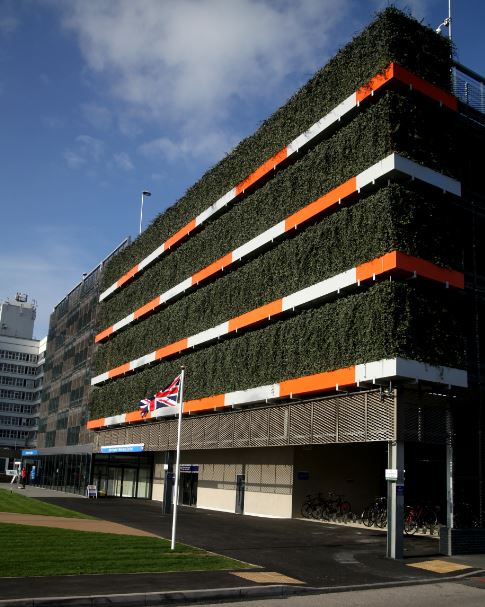 Fencing and boundary walls are the obvious areas in which local authorities should be considering a green approach as part of their strategies for improving public health. Green Screens are, as the name suggests, robust and secure wire fencing that features plants – typically ivy. Quick and easy to install, Green Screens become more verdant over time and can be installed free standing or up against existing brick and stone walls. They can even be attached to walls above ground to create a living wall.

In both the private and public sector arena Green Screens have found a range of uses; from narrow footprint fencing around residential developments, to security fencing around schools, hospitals, council buildings, public parks and car parks, to central reservations along dual carriageways.

The ivy of Green Screens requires minimal maintenance and as well as helping to improve air quality by absorbing carbon dioxide and airborne particulates, also serves to attract bees and other insects. The benefits of plants in tackling the ‘heat island effect’ in build-up areas is well understood.

For more information on the Mobilane Green Screens, as well as details on other Mobilane living systems visit www.mobilane.co.uk.