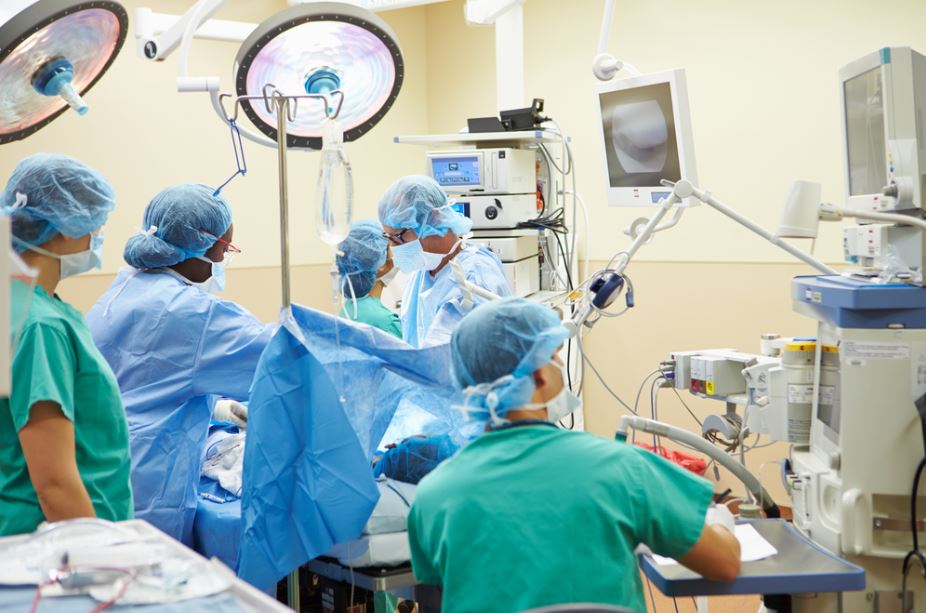 Reducing hazards to patients and staff from airborne contaminants, dust and harmful microorganisms is a fundamental requirement within hospital operating theatres. So when Pennine Acute Hospitals NHS Trust wanted to make its ventilation systems more efficient and effective it asked Trend Control Systems to configure its Building Energy Management System (BEMS) to maintain air quality and save money.

The Pennine Acute Hospitals NHS Trust serves the communities of northern Manchester, Bury, Rochdale and Oldham, along with surrounding towns and villages, and has a population of around 820,000. It operates from four sites – Rochdale Infirmary, Fairfield General Hospital Bury, North Manchester General Hospital and The Royal Oldham Hospital – providing a range of elective emergency, district general services and specialist services.

Like all major healthcare estates, Pennine Acute Hospitals NHS Trust is under increasing pressure to ensure that it uses energy as efficiently as possible in order to lower its operational costs and fulfil its corporate social responsibility (CSR) based objectives. All aspects of its operation are under scrutiny in this regard, particularly building services and plant.

Operating theatre ventilation systems use considerable amounts of energy due to the large numbers of air changes needed in these environments when occupied – up to 20 per hour – and because none of the fresh air supply is re-circulated. Also, besides the heat or cooling energy input to this air, the fan motors that supply and extract air also consume high levels of electrical energy.

Pennine Acute Hospitals NHS Trust’s operating theatres were being ventilated even during long periods when they were empty. ‘Setting back’ is traditionally considered the best way to maintain high levels of air quality and reduce the potential for airborne contaminants, dust and harmful microorganisms to proliferate. It involves lowering the temperature and reducing the supply and extract air volumes by a small amount when the theatre is not required. This ‘standby mode’ also allows the theatre to be brought up to full operating conditions in a relatively short period of time.

However, Health Technical Memorandum 03-01 (HTM 03-01): Specialist Ventilation for Healthcare Premises Part A, Design and Validation, section 6.23, states, ‘Many ventilation systems may be completely shut down when the area served is not in active use. Alternatively, where there is a need to maintain a background condition, the ventilation output can be reduced by setting back the system.’

With this in mind, Pennine Acute Hospitals NHS Trust contacted Trend to discuss how its existing BEMS could help transition from setting back to a full shut down position when the operating theatres at Rochdale Infirmary and Fairfield General Hospital Bury were not in active use. The organisation’s Head of Estate Operations, John Allwork, explains, ‘The decision to move to a full shut down based situation was not one that could be taken lightly. There were a number of factors that had to be considered and action could not be implemented without the full backing of the Trust’s head microbiologist, our control of infection team and the theatre management team.’

Of most concern was the fact that once the ventilation system was switched off the theatre would have no way of removing any environmental contaminates caused by people entering and leaving the rooms. Similarly, under certain environmental conditions, any warm moist air trapped inside the ductwork after the system is turned off could become a source of contamination. It had also been found necessary to run the ventilation system, preferably at full speed, following any cleaning of the operating theatres to aid drying and prevent harmful microorganisms from forming.

After listening to the requirements, the team and Trend proposed a plan that would address the Trust’s health and safety concerns, while initiating significant energy savings and operational efficiencies.

As contaminates usually come from people entering and leaving the operating theatres, it was important to make sure that the system is activated whenever traffic exceeds certain defined parameters. Peter Moore, Key Account Manager at Trend, states, ‘We decided to install passive infrared (PIR) movement detectors that could be fully integrated with the BEMS. To address the cleaning issue, we suggested that the ventilation system should run at no less than half speed prior to undertaking any tasks and remain active for a period after completion.’

The BEMS has been configured to fully control how the air handling units (AHUs) operate. The AHUs have an occupancy time profile in conjunction with the PIR technology in some instances, but purely PIR control in others – the latter scenario is gradually being introduced across all the operating theatres, as it has been found to be more effective. 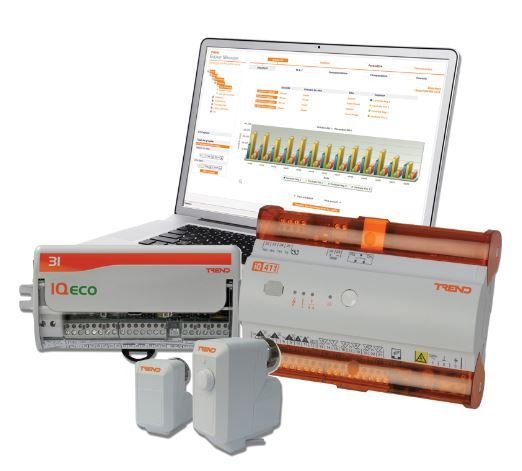 Where the AHU has a time profile in place, it maintains the operating theatres as occupied for that set period – outside of this period the PIRs maintain the space as occupied when movement is detected. After a period of 30 minutes where no movement has been detected outside of the occupied time period, the AHU then shuts down. However, any subsequent movement detected by the PIR reactivates the AHU for a minimum period of 30 minutes. In locations that only have PIR technology, the AHU is activated for a minimum of 30 minutes from the start of each detected movement.

It was also felt that operating the system in conventional set back mode in the winter months would be useful in preventing water systems within the plant freezing and stopping ice forming on filters. Meanwhile, limiting the minimum temperature inside the theatre to 15°C minimises the risk of condensation forming and allows the room to be restored to full operating conditions within a reasonable time.

John Allwork at Pennine Acute Hospitals NHS Trust is delighted with what’s been achieved and concludes, ‘Our BEMS has once again proved invaluable in helping us become a more energy efficient operation. The health and safety of patients, staff and visitors is of paramount importance to us and it was vital that our desire to fully shut down the ventilation systems in the operating theatres had no negative implications. Not only has this been achieved, but we are now able to save around £30,000 a year in energy costs.’

With a worldwide distribution and support network covering over 50 countries, Trend Control Systems is a major international supplier of building energy management solutions (BEMS).  In the UK, it possesses a larger installed system base than any other brand.

The vast majority of Trend’s control systems are supplied, engineered and commissioned by approved systems integrators.

Now part of the Environmental Combustion & Control (ECC) Division of Honeywell Automation & Control Solutions (ACS), the long-established Trend business has its own, dedicated management team, R&D operation and distinctive portfolio of products and services.  It is entirely independent of Honeywell Building Solutions (HBS) and this deliberate segregation of the businesses facilitates fair competition on product and service supply, therefore ensuring that the interests of the customer are always best served.