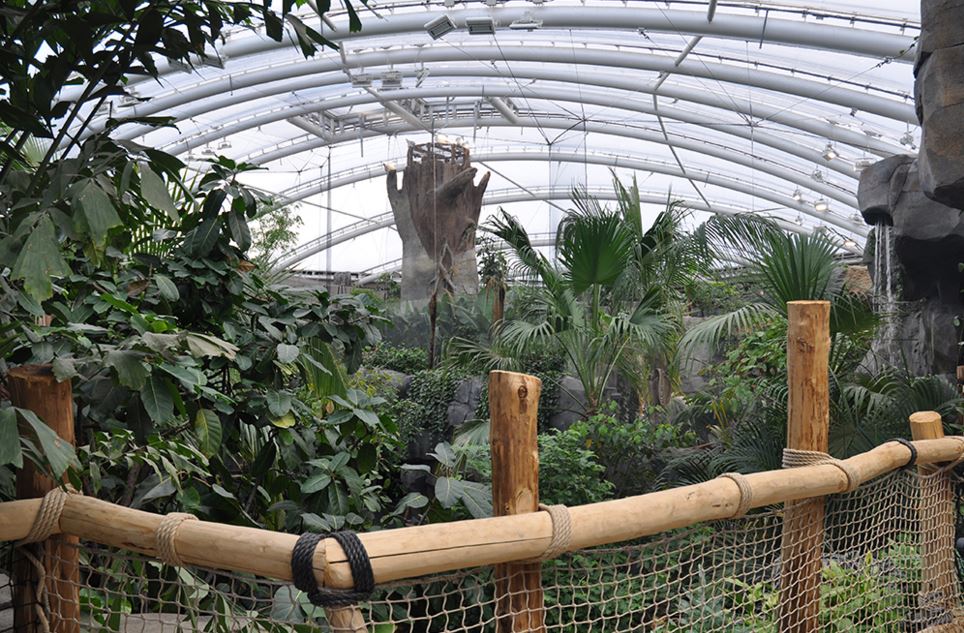 In 1930, George Mottershead bought Oakfield House in Chester, along with seven acres of land, for the grand total of £3,500. He then visited a zoo in Manchester and what he saw that day inspired him to create ‘a zoo without bars’. George opened Chester Zoo in 1931 with his family and a small group of animals, never forgetting the vow he made. By the time he died in 1978, aged 84, Mottershead’s dream of a ‘zoo without bars’ was well and truly flourishing. 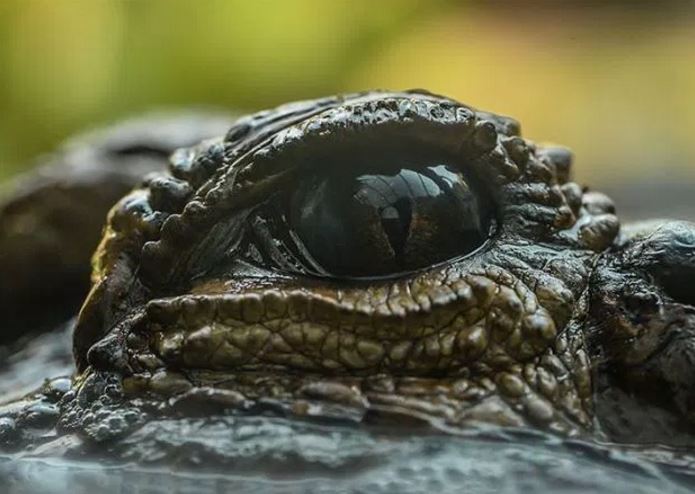 Fast forward to 2015 and with more than 12,500 animals in 125 acres of award-winning zoological gardens, Chester Zoo is one of the world’s top attractions of its kind. 1.4 million people visit every year and its mission is to be a major force in conserving biodiversity. The latest attraction is Chester Zoo’s Islands, which aims to transport visitors to the South East Asian islands of Panay, Papua, Bali, Sumba, Sumatra and Sulawesi. Work began on the £40m, 60,000m² development in 2013 and it has taken almost two years and thousands of working hours to build. 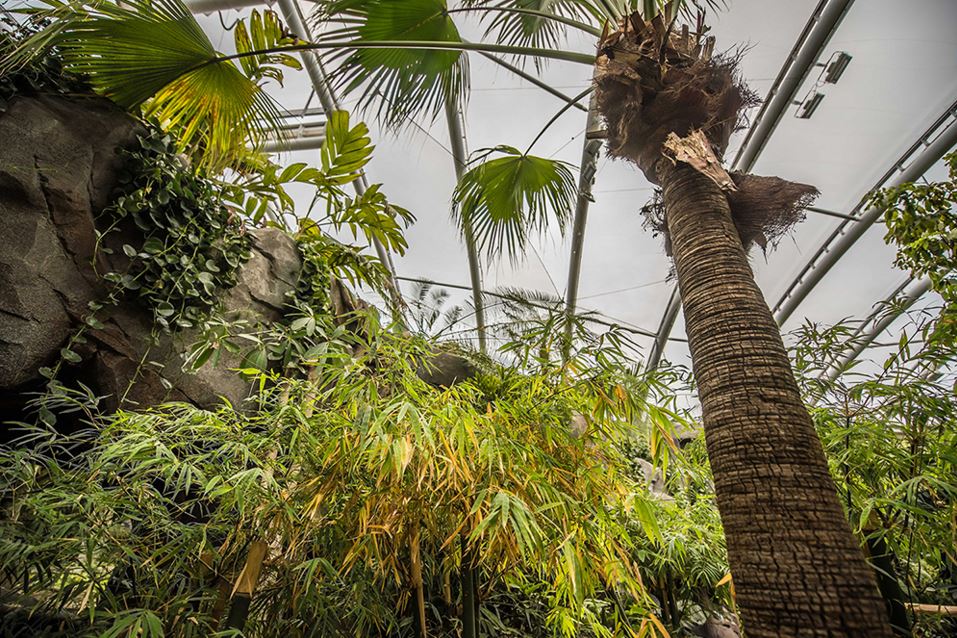 The largest indoor zoo exhibit in UK history, Monsoon Forest is the centrepiece of the Islands and the second phase of the project to be completed. Islands gives visitors the chance to take a walk or boat ride past turtles, Sumatran tigers, cassowary birds and many other species, as well as through bamboo copses and rice paddies. It is also home to the Sundra gharial, one of the world’s largest crocodiles, whose habitat is cleverly set out so these remarkable creatures can be seen both above and under the water through spectacular glass viewing windows. 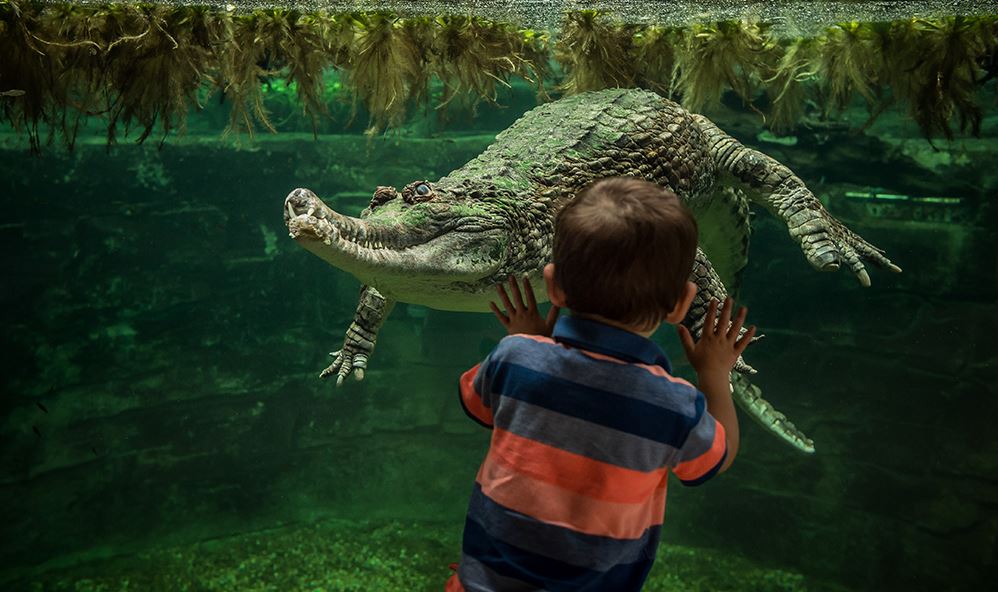 Crown House Technologies (part of Laing O’Rourke) is the M&E contractor for the Islands project and sub-contracted Morecambe based Cook Fire & Security Ltd to provide the fire detection system for the Monsoon Forest. Joe Weiss, ‎Technical Director at Cook Fire & Security, states, ‘Over the last 14 years we have become one of the leading installers of state-of-the-art solutions throughout the north-west of England and beyond. We have been involved in some highly prestigious projects but the Monsoon Forest was a unique environment and required some significant thought about the best way to protect, staff, visitors and, of course, the animals.’

A Honeywell D1 system allowed Cook Fire & Security to combine advanced audio management with a flexible architecture to deliver an advanced PA/VA solution at Monsoon Forest. Generally, this type of technology is utilised in public or larger buildings and, following the detection of smoke or fire, automated messages control the flow of people, allowing an orderly evacuation without panic. However – as animal welfare is at the very heart of Chester Zoo’s activities – one of the key priorities was to have a PA/VA system that could alert staff and visitors without causing distress to the creatures living there. Joe Weiss comments, ‘Obviously, the animals are used to the sound of human voices, so we felt that a PA/VA system would be more appropriate than the type of loud siren commonly used.’

Monsoon Forest is entirely enclosed and with temperatures reaching highs of 80°F, this level of humidity meant that a great deal of consideration had to be given to the most suitable fire detection system. A solution based around the Morley-IAS ZX5SE control panel was installed in the keeper’s section, as it is intuitive to use and easy to install, network, configure, maintain and expand. The public areas, however, required a solution that could offer high levels of false alarm prevention while blending in with the tropical surroundings.

Explaining the thought process, Weiss says, ‘Due to the height of the roof, access for installation and maintenance of a conventional or addressable system would have been problematic. Also, the high levels of moisture would have also been a problem and could have triggered false alarms. Therefore, an aspirating smoke detection system was the most suitable option.

A All-Spec system was chosen and Martyn Keenan, Business Manager (North West) for Morley-IAS says, ‘As a universal air sampling device for a broad range of applications, All-Spec makes it possible to achieve a cost effective solution in accordance with EN 54-20. This allows the devices to be used in areas where other smoke detectors and air sampling smoke detection systems are no longer suitable, such as Monsoon Forest. By putting water traps on all pipework going back to the control panels, an extra level of false alarm detection has been achieved.’

A highly innovative way of installing the system was employed, as the pipework was fitted when the roof interior was on the ground and then hoisted into position. This eliminated the need for access equipment and ensures that the environment will not need to be disturbed during any planned maintenance. Aesthetics were also important and white plastic was used to ensure that the system blended into the overall appearance of the roof structure.

Ian McIntosh, health & safety manager at the zoo at Chester Zoo is delighted with the fire detection system that has been installed, and concluded, ‘The response to Monsoon Forest since it opened has been terrific and it is now a key part of the Chester Zoo experience. However, we also value the role that technology plays in keeping our staff, visitors and animals safe, which is why having Honeywell fire detection technology installed by Cook Fire & Security gives us peace of mind.’

For further information, go to www.morley-ias.co.uk