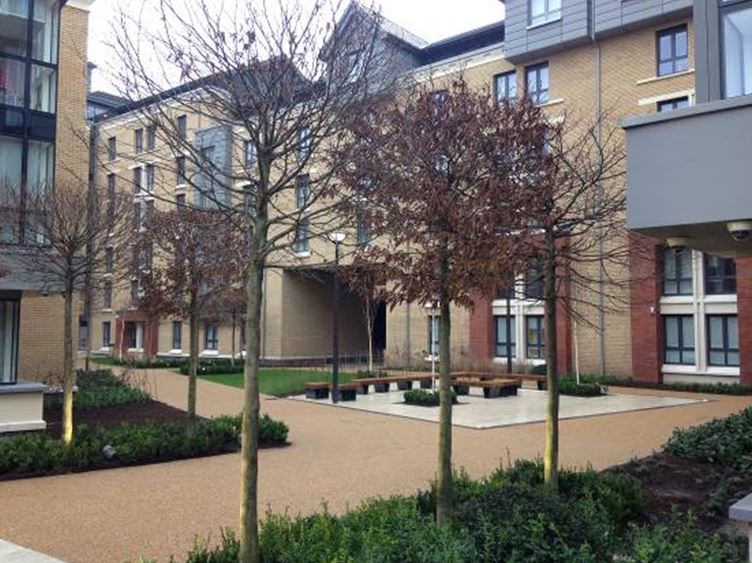 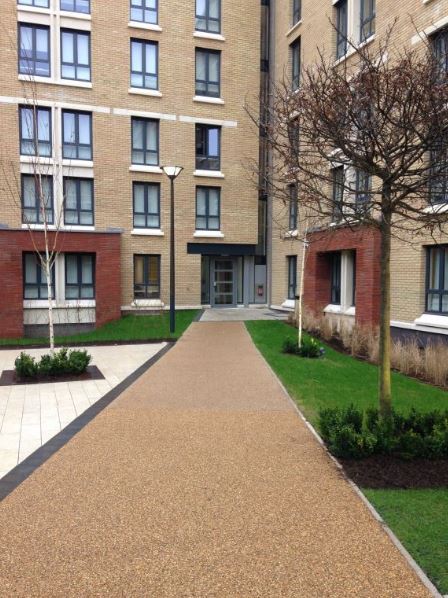 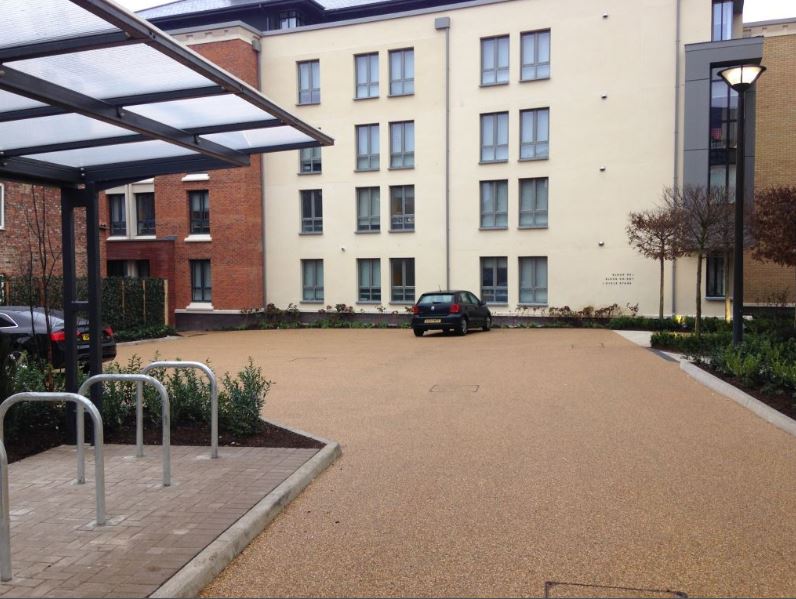 The development creates 58 purpose-built student flats and 303 studio apartments owned and operated by Student Castle, one of the UK’s most respected student accommodation providers. The project also includes the redevelopment of the Wards warehouse, creates a new frontage on Walmgate with new 6500 square feet offices for The Press fronting onto Walmgate and Hurst’s Yard.

PRODUCT AND APPLICATION
Ronacrete Approved Contractor Route One Highways mixed the two resin components with a slow speed drill and paddle before adding the resin to a large forced action mixer containing the aggregate blend. After ensuring that the aggregate was fully coated with resin, Route One Highways spread RonaDeck Resin Bound Surfacing to level at a depth of 15mm and smoothed the surface with a steel float. The finished surface was ready for foot traffic within four hours.

CONCLUSION
A newly regenerated brownfield site within York city centre provides accommodation for students and office space for The Press; it is enhanced by pathways and car parking areas surfaced with RonaDeck Resin Bound Surfacing.