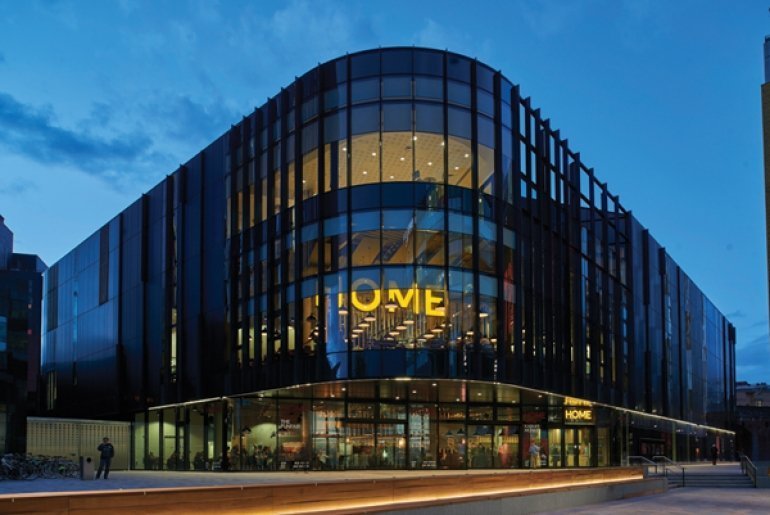 The external cladding and roofing work on Home, found on the city’s First Street, was carried out by Prater. This was made possible due to funding from the European Union for a joint venture between Ask Developments and Manchester City Council.

Overall, a total of 51 units of Reynaers’ curtain walling product CW 50 were installed, as well as Reynaers’ CS 68 aluminium windows.

Reynaers was consulted about the design of the façade in the prefabrication stages to help ensure the system allowed for building movement and live loads.

Rebecca Cope, Marketing Manager at Reynaers, said: “Lead architect Ernst ter Horst’s brief was to make the building of the highest quality and present itself as warm and welcoming. He was inspired by ideas of filling the building with life and the playful interaction with daylight.

Netherlands-based architects Mecanoo International wanted to ensure there was a strong connection between inside and out. Home also needed a strong identity, so it developed a dramatic cantilevering prow to mark the front entrance to the building and shelter an external café terrace. The building’s triangular shape combined with soft, curved corners sets it apart from the adjacent developments, with its elevations articulated to protect against solar gain.

Ian McHale, project manager at Prater said: “We chose Reynaers because of the vast experience it has with bespoke high-end, complex commercial projects, as well as the team’s outstanding product knowledge and expertise.”