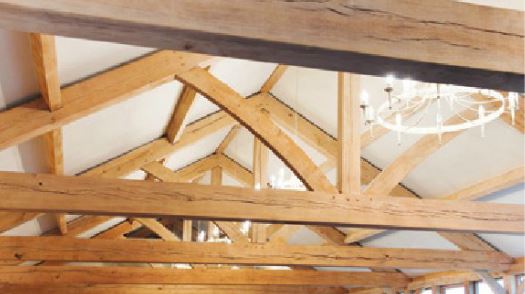 Tom Barnes of Vastern Timber discusses the many advantages of choosing British timber and takes a look at three areas where Britain leads the way. 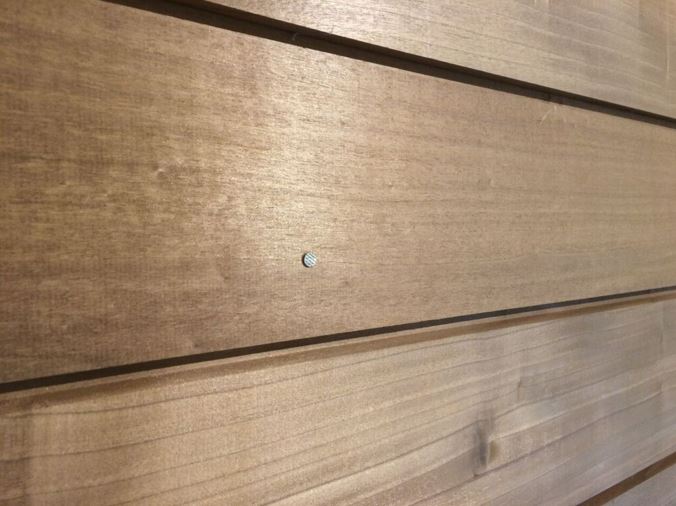 It is widely understood that wood is amongst the most sustainable of building materials. However, it is not always fully appreciated that there are different degrees of sustainability when talking about timber. Issues such as the management of woods and forests, as well as the carbon footprint incurred during transport over long distances all impact on the degree of sustainability contained in a piece of wood. And of course there are the social communities that are either impacted by bad forestry practice, or which are reliant on the timber industry.

Sustainability is not the only advantage to be gained from choosing British timber, especially hardwood.

Oak remains the most iconic of British hardwoods and has been used in construction for centuries. Original oak beams continue to support structures more than 500 years old. The traditional popularity of English oak can largely be explained by the availability of the trees and durability of the wood. As a natural building material, oak is extremely hard to destroy; large sections will resist fires intense enough to melt metal and will flex to accommodate the natural movements of a building.

English oak is considered to be the strongest of the oaks because it has a more interlocking grain than oak from continental Europe, which is characteristically more mild and straight grained.

While imported oak can often be cheaper, there is a sustainability price to pay if the wood is imported. There is also a great deal of difference in design flexibility. Local British sawmills are easy to access, and as well as the option to inspect timber and cuts before choosing, the designer will benefit from more flexibility in cuts from their local sawmill, especially curved and shaped wood.

Of the other native hardwoods, sweet chestnut is proving increasingly popular for external cladding. Vastern Timber’s award winning Jointed British Sweet Chestnut Cladding delivers the aesthetic of oak, as well as specification choice and environmental benefits. The wood comes from well-managed, sustainable sources and makes for a beautiful and superior cladding system. 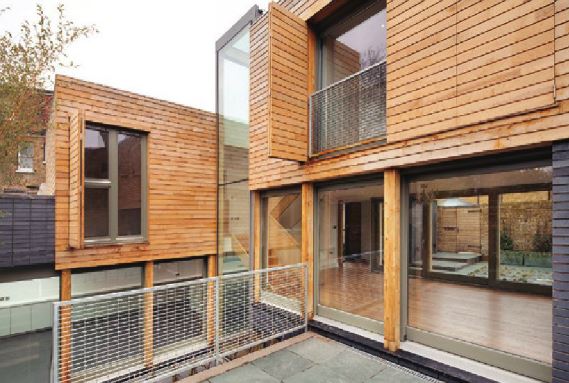 British sweet chestnut cladding is hard-wearing, strong and durable, and relatively light when compared to other hardwood cladding, making it ideal for exterior use. Additionally, sweet chestnut is known to be a very stable timber, resulting in less movement, distortion or splitting. It has a similar golden colour to oak, but with stronger grain and occasional dark brown mineral streaks and will weather to a natural silver colouring if left untreated.

Early in 2016 Vastern Timber launched Brimstone, the first commercially available thermally modified British timber. Thermal modification involves using intense heat to change the structural properties of wood. The combination of high heat and steam ‘cooks’ the sugars and resins out of the wood, leaving nothing for mould, fungus and bacteria to feed on, resulting in significantly higher levels of durability than non-modified timber. The thermal modification process involves no chemicals and does not rely on impregnating the timber. Unlike most other treatment processes, thermal modification reaches to the core of each piece, rather than simply treating the surface.

Thermal modification results in products that are significantly more stable than non-modified timbers, meaning they expand and contract less when faced with changes in ambient temperature and humidity, making them a superior solution for a range of uses. Additionally, the superior stability results in significantly less cupping and distortion when used outside. The full modification of thermally modified hardwood allows for cutting and re-working without a loss of performance and without the need for additional treatment.

Brimstone enjoyed an enthusiastic reception at Ecobuild 2016, with visitors and media clearly excited about a product that closes the sustainability loop and which addresses growing concerns about sustainable, local sourcing. Through quality and innovation such as Brimstone, British timber will continue to be the superior choice, especially for those looking to ensure full sustainability in their designs and projects.

Established in 1904, and with two sawmills in Wiltshire, Vastern Timber specialises in cutting and manufacturing native grown timbers including English oak, sweet chestnut, ash, sycamore and larch. Cutting and processing its own logs allows Vastern Timber to offer a range of species, grades and specifications that are not widely available from other merchants.

In February 2016 Vastern Timber secured the new Grown In Britain license, which indicates that all wood sold under the license originates from well managed woodlands in Great Britain. This accreditation is similar to the FSC license but is only applicable to native woodlands.