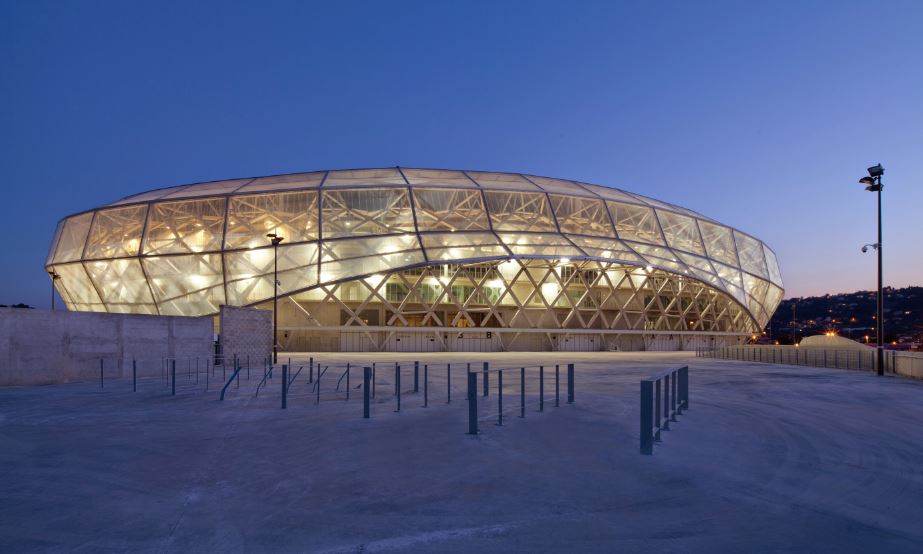 Host of several football games in the recent UEFA Euro 2016 Championships, the impressive Allianz Riviera Stadium in Nice, France features on the front cover of a new brochure from VinylPlus celebrating the prominent role played by PVC in the construction of modern sports venues.

Published by VinylPlus, the European PVC sustainability programme, ‘Vinyl in European Stadiums’ charts the path to sustainable development for PVC and how the use of vinyl combines environmental responsibility and architectural greatness in present-day sports complexes. 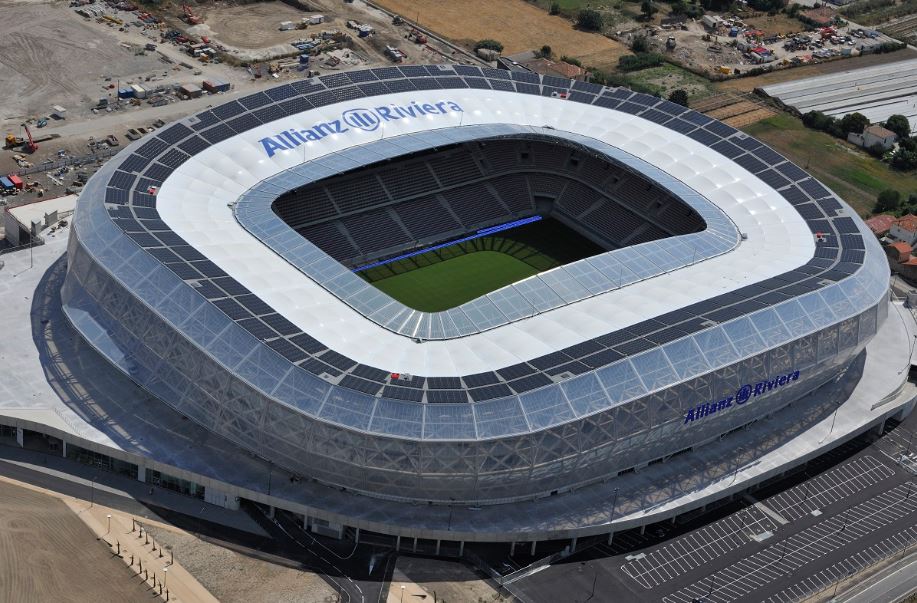 The brochure covers advances in building materials and techniques, spanning the centuries from

Marble used in classic amphitheatres of Ancient Greece to the comprehensive contribution made by PVC in today’s sports arenas.

The Nice stadium, seating 35,000 people and completed in 2013, is among several case studies highlighting PVC’s advantages as a modern, versatile and sustainable materialfor such large public venues. A transparent PVC tensile fabric membrane for façade allows daylight through, making the building appear open and inviting, while a PVC roof was chosen for its acoustic qualities.

According to the stadium’s architect Marco Punzi from Wilmotte & Associés, extensive use of PVC enabled ‘state-of-the-art design with environmental stewardship’. He comments: “For us, PVC was a natural choice. It allowed us to design a fifth-generation that functions well and is aesthetically-pleasing. PVC was used throughout the building, since it is long-lasting and can be recycled.”

One of the most versatile materials available, vinyl is used for everything from roofing and façade membranes over piping for freshwater to irrigation systems, profiles, cables, flooring and seating in modern stadiums development across Europe.

PVC products supplied for the London 2012 Olympic Games met strict sustainability requirements specified by the Olympic Delivery Authority, including recycling or reuse after the event. For example, the Shooting Venue’s PVC membrane was reused in Glasgow for the 2014 Commonwealth Games and vinyl flooring trod by athletes has been installed at a Kent school.

Brigitte Dero, VinylPlus General Manager commented: “This brochure showcases how PVC’s versatility can combine demanding architectural and technical design requirements with sustainable objectives. The preference for PVC in London, the ‘Greenest Olympics in history’, affirms the successful path to sustainable development the industry has taken over the past two decades.

“Through the VinylPlus Voluntary Commitment, we continue to make progress in each of the five key sustainability challenges identified for PVC and are demonstrating how the European PVC industry is contributing to the circular economy.”

VinylPlus is the renewed ten-year Voluntary Commitment of the European PVC industry. The programme establishes a long-term framework for the sustainable development of the PVC industry by tackling a number of critical challenges in the EU-28, Norway and Switzerland.

More information on the Vinyl in Stadiums brochure can be found at http://www.vinylplus.eu/uploads/Modules/Documents/vinyl-in-european-stadiums-180416.pdf