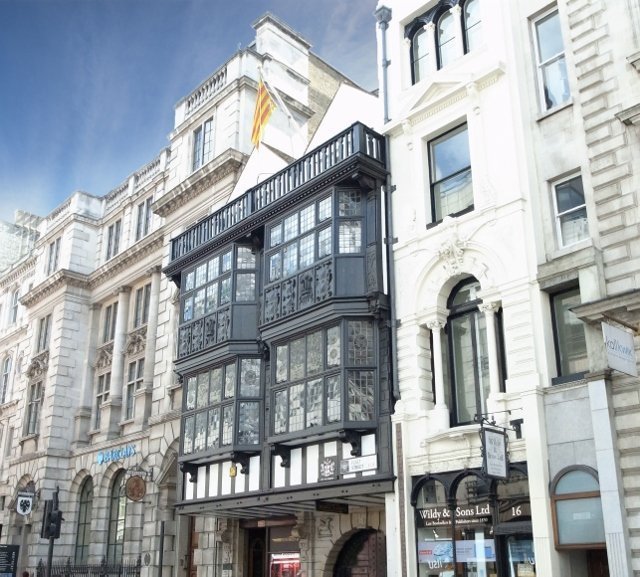 Kemper System’s Kemperol V210 waterproofing membrane has been used to ensure that one of the few buildings to survive the Great Fire of London in 1666 continues to be preserved for future generations as part of a conservation project at 17 Fleet Street.

Located on a site dating back to the 12th century when it formed part of the property granted to the Knights Templar, the building is managed by The City of London Corporation. Though not open to the public, the Grade II* listed former tavern at 17 Fleet Street is a key landmark of 17th century London and is famed for housing Prince Henry’s Room which boasts one of the best remaining Jacobian enriched plaster ceilings in the city.

Protecting that ceiling was one of the key aims of the conservation project delivered by main contractor, Standage & Co as part of a programme of external redecoration works to the front and side elevations.  The scheme included repairs and redecoration of the timbers, repainting of the window frames and stonework to the side elevation and replacement of the mansard roof.

The Kemperol V210 cold-applied liquid membrane was used to overlay the box gutters at the base of the mansard roof to address issues with water ingress. The installation team from Ash Contractor Services replaced the lead flashings and overlaid the liquid membrane directly onto the existing prepared asphalt surface.

The completed scheme will ensure that one of London’s hidden historic gems is preserved.  Comments Paul Godsall from Standage: “Kemperol V210 has been used on several City of London Corporation schemes, including The Guildhall and Mansion House, and it proved to be the ideal solution once again at 17 Fleet Street.

“The cold-applied liquid system meant that we did not require any hot works or heavy equipment when working on this heritage building and the result is a seamless membrane that blends in with the 17th century original structure while offering 21st century levels of waterproofing protection.”