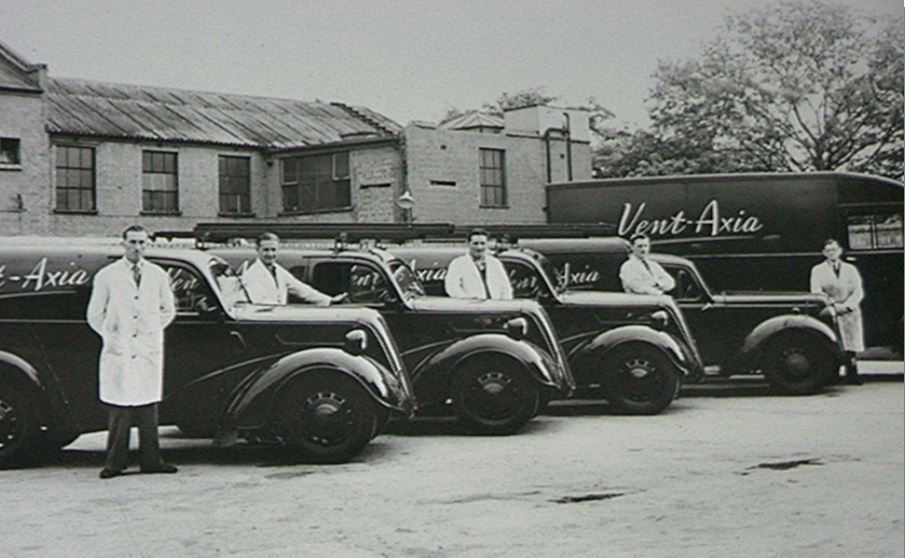 Vent-Axia is celebrating 80 years of innovation. Founded by Joe Akester in 1936 when he invented the world’s first electrically-operated window fan Vent-Axia has been a leading British manufacturer ever since. Now a multi-million pound company, the Vent-Axia brand has become a household name featuring annually in the UK Superbrands league table and holding the prestigious Royal Warrant.

On Friday, 9. September 2016, Vent-Axia celebrated its 80th anniversary at its headquarters in Fleming Way, Crawley, West Sussex. To honour the occasion Henry Smith MP for Crawley and The Worshipful, the Mayor of Crawley, Councillor Raj Sharma, took part in a celebration ceremony where Vent-Axia buried a time capsule in its grounds to mark the company’s 80th Anniversary.

Central to the company’s success is its innovation. Its new products, as a proportion of sales, are three-times the average of existing products in its catalogue. During the last year Vent-Axia has launched a raft of best in class products including: the Sentinel Kinetic Advance, the first UK-manufactured web-enabled Mechanical Ventilation with Heat Recovery (MVHR) system; the Lo-Carbon Revive, a fan designed specifically for the social housing sector; and the Lo-Carbon Svara the UK’s first App-controlled bathroom fan. To reflect this innovation Vent-Axia chose to include the Lo-Carbon Svara in its time capsule.

“We are delighted to be celebrating our 80th Anniversary at Vent-Axia. From the very beginning, with Joe Akester’s invention of the world’s first electrically-operated window fan, Vent-Axia has been a company built on innovation. We have continued this ethos over the years, developing, expanding and innovating to create the very best in ventilation. This is a tradition that we are very proud to continue today with launch of our latest best in class products, as we look forward to the next 80 years ahead,” said Mark Hoskins, Managing Director at Vent-Axia.

Speaking at the event Henry Smith MP said: “I am thrilled that Vent-Axia, an innovative, locally based, world-class company, is celebrating its 80th Anniversary. I am proud that this iconic and historic business continues to manufacturer in Crawley and wish the company continued success over the next 80 years and beyond.” 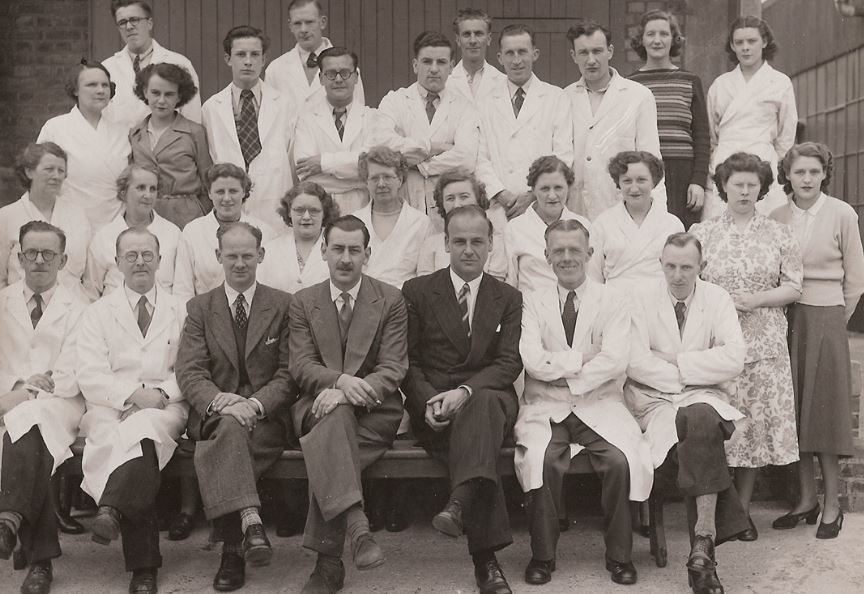 At the 80th Anniversary Celebration, guests toured the Crawley facilities seeing some of the latest fans manufactured on the production lines. This was followed by words from Vent-Axia’s Managing Director, Mark Hoskins, Henry Smith MP and 91-year-old ex-employee Edna Barnett. Edna worked with Vent-Axia from 1943 to her retirement in 1985 and delighted guests with anecdotes from her early days working with the company’s founder Joe Akester at Vent-Axia, as well as the exciting day she opened the envelope that contained a cheque to Vent-Axia from Winston Churchill. 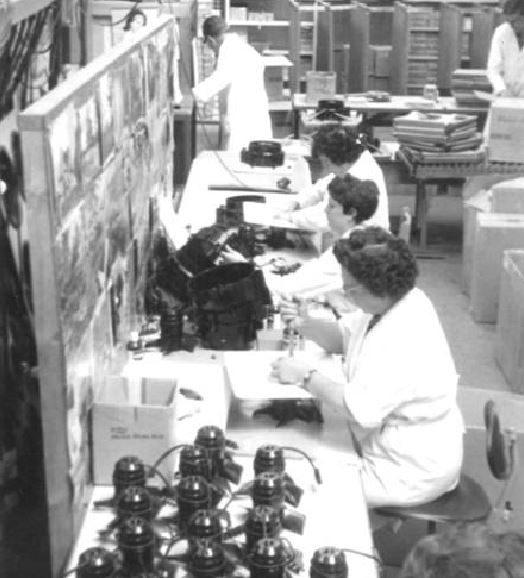 The focal point of the 80th Anniversary celebration was the burial of a metal time capsule, by the Mayor of Crawley, Councillor Raj Sharma and Henry Smith MP, outside the Vent-Axia reception. The time capsule is to be buried for 80 years and contains items that reflect Vent-Axia today, such as its innovative Lo-Carbon Svara, the UK’s first App-controlled bathroom fan and photos of the Vent-Axia team; plus objects that reflect the current time we live in, such as the current issues of local papers, a pound coin and press coverage on Brexit. The time capsule has been registered with The International Time Capsule Society http://crypt.oglethorpe.edu/ to record its location, contents and the date it is to be opened.

A company steeped in 80 years of British heritage and innovation, Sir Winston Churchill was one of the company’s first customers with Vent-Axia supplying ventilation for No 10 Downing Street during World War II. The company’s innovations are now present in a wide range of landmark projects from buildings in Her Majesty’s Royal Estates to the White House. Leading the way in design and reliability Vent-Axia’s products also stand the test of time with its T-Series fan inducted into the hall of fame as the UK’s favourite commercial fan.The T-Series has sold an incredible 1.4 million fans since 1986 with the fan illustrating that good design doesn’t age.

Headquartered in Crawley, West Sussex and with more than 80 years as an influential industry leader, Vent-Axia continues to set the standard in ventilation. Each year the company supplies air management solutions for over half a million installations across the residential, commercial and industrial sectors in the UK and around the World.