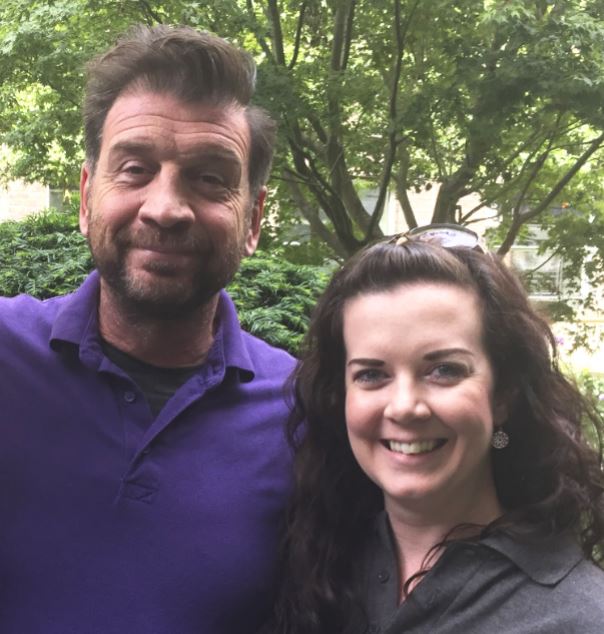 Big Foot Systems is thrilled to have helped Nick Knowles & the BBC DIY SOS team on a rooftop garden project at Great Ormond Street Hospital for children in London. The company supplied its very popular H Frame supports as part of the project which involved the creation of a rooftop garden area – a space which will provide a much needed sanctuary for children, carers and families at Great Ormond Street Hospital.

The garden, designed by Chris Beardshaw, had its public debut at RHS Chelsea Flower Show on 23 May 2016 where it received a gold medal. The award winning garden was then moved and adapted by the BBC DIY SOS team so it could be permanently sited at the hospital. The ambitious project features over 30 mature trees, around 1,000 plants, over 30 tonnes of soil, and took over 70 crane lifts to reach its destination in the centre of the hospital on the roof of the old boiler house.

The transformational space is now a charming garden featuring symbolic references to the relationships between children, parents and clinicians, something which designer Chris Beardshaw was keen to highlight in the design. At Great Ormond Street hospital there was a real need for somewhere close to the wards which could offer a calm and reflective space for those who need it, even if it is just for a few moments, the new rooftop garden provides this calm peaceful space.

Speaking of the company’s involvement in the project, Big Foot Systems Product Manager, Sam Birch said “When we were contacted and asked to provide some products for the DIY SOS Great Ormond Street Hospital project, we jumped at the chance to be involved. This is such a worthy cause and one which, as a company we were more than happy to be involved in. We were also honoured to be invited to the official unveiling of the finished garden which had gone into it was very impressive”.

The DIY SOS programme, which airs on BBC One on Thursday 10 November at 20:00, shows the huge efforts which went into the design and build of the garden space both on and off screen – a massive success for all involved.

At the Great Ormond Street roof garden Big Foot’s H Frames were used to support and distribute the load of a wall in the roof garden. Quick, versatile and economical, Big Foot’s H Frames are traditionally designed to support pipework, duct, cable ladders/trays or any combination of these in construction projects, helping to ensure a safe and secure flat roof. Offering a versatile application, installers provide their own strut keeping the duct and pipe installations low-cost by fabricating the strut frameworks on site. Featuring an innovative design, the H Frame Set 305mm is interchangeable with three strut sizes with one foot fitting all. The support is also compatible with industry standard componentry also adding to application flexibility.

For further information on all products and services offered by Big Foot Systems email: enquiry@bigfootsupport.com or telephone 01323 844355.