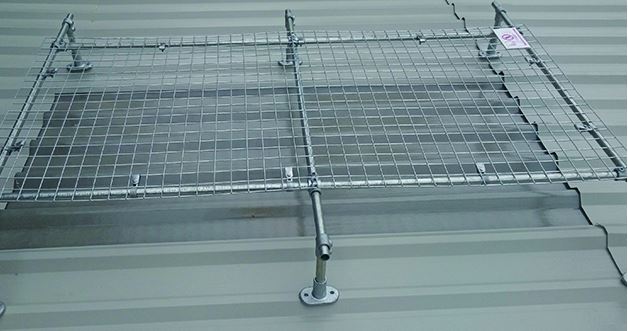 When speaking to a customer recently about our new rooflight and skylight protection, Kee Cover®, we were asked how we can be sure that the cover will stop someone from falling through the rooflight?

The simple answer is that the range has undergone extensive testing in accordance with industry standards and guidance such as the ACR Red Book Test for Non-Fragility of Large Element Assemblies.

What is the issue?

It’s estimated that on average 7 people a year are killed falling through a fragile roof or fragile rooflight and as a result there has been an increasing demand for roofing products to be non-fragile.  Concerns raised by the HSE and the roofing industry over the lack of a clear accurate standard or guidance for roofing manufacturers to work to, led to the publication of an ACR standard.  We are now on the 5th edition of this standard, the ACR [M]001:2014 – sometimes referred to as The Red Book.

The Red Book defines the test for non-fragility which should be applied to any roof assembly and any accessories such as rooflights which may be fitted.  The aim is to determine whether the structure can both support the sudden load imposed on it by someone stumbling or falling onto it and then retain that load for a specified time.

The test defines 3 Classes of non-fragility A, B & C.   Very few roof constructions achieve Class A.  When it comes to rooflight covers, you want to be sure that the cover can withstand the initial impact of someone falling on it, but also remain intact while the person is on the cover.

The ACR standard requires drop-tests where a 45kg sand bag is released from a test rig and allowed to free fall a minimum of 1.2m under gravity onto the surface of the test sample.

For a rooflight cover to be classified as non-fragile is must arrest the fall and retain the full load for at least 5 minutes after impact. 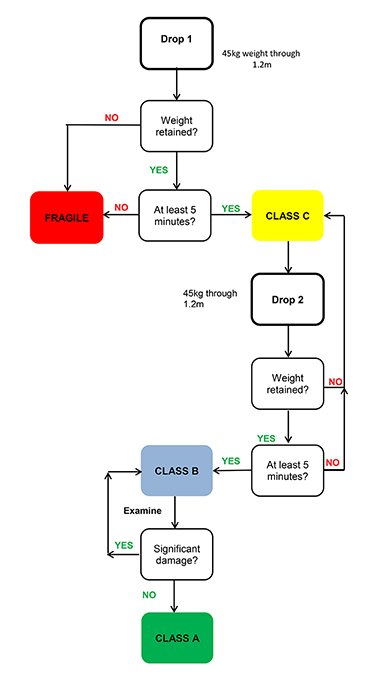 Both tests have proven that if someone does fall onto the Kee Cover®, it will prevent them falling through the fragile rooflight and retain their weight following the fall.