More carpet waste in the UK was diverted from landfill in 2016 with 142,000 tonnes that were reused, recycled or recovered for energy, according to latest Carpet Recycling UK figures. 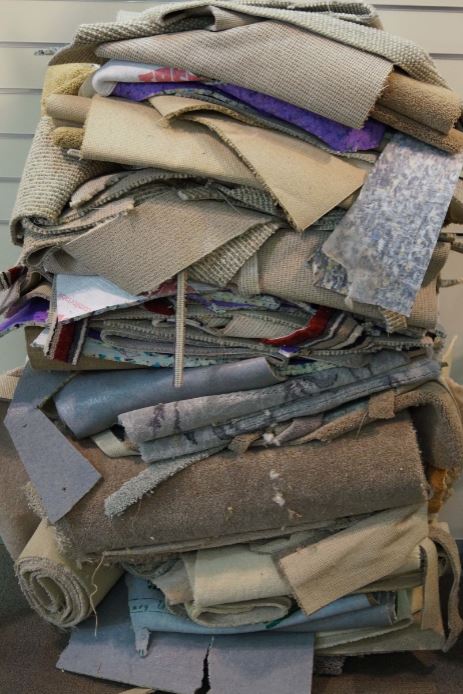 Energy recovery increased by 35% compared to 2015 as the use of carpets as a renewable fuel source in cement kilns continues to replace fossil fuels in this growing sector. A 50% increase in capacity for municipal energy-from-waste facilities over the past two years has also contributed to greater use of carpet waste in renewable electricity and energy generation.

Laurance commented: “These core funders lead the industry in demonstrating extended producer responsibility for carpet throughout its lifecycle. Thanks to their commitment and support, we are continuing to advance sustainability within this sector and drive growth in recycling capacity.”

Interest in recycling carpets is strong, he revealed, with more than 500 enquiries handled by the CRUK team in 2016; reflecting greater awareness generally that carpet can avoid being landfilled.

Carpets are made from natural and synthetic fibres, which still have a value once the carpet is no longer wanted; they can be used in a wide range of applications from sports surfaces to insulation.

“Particularly, growth in membership has been stimulated by increased interest from retailers and flooring contractors to recycle their carpet waste and reduce their disposal costs compared to landfill. They have also used their achievements and CRUK membership to promote business sustainability activities to their customers,” continued Laurance.

Entrepreneurial investment and innovation in recycling carpets continues with several firms developing processes to recover valuable fibres, such as polypropylene and wool. These fibres can be recycled into various new products, including equestrian surfaces, textile felts and plastics. In 2016, CRUK member Anglo Recycling launched their Growfelt range of horticultural growing media and Emerald Trading, also a CRUK member, introduced their Fibre It equestrian surface products.

Laurance added: “Increasingly, businesses, householders and local authorities are looking for better alternatives for the recycling of unwanted carpet materials. We are proud of our achievements and appreciate the wide-ranging support that is helping to ensure the growing demand for carpet recycling services is met.”

CRUK will be recognising its members’ innovations, successes and sharing information on latest developments and recycling technologies at its 2017 Annual Conference and Awards event to be held on Wednesday June 21st at Aston Villa Football Club in Birmingham.