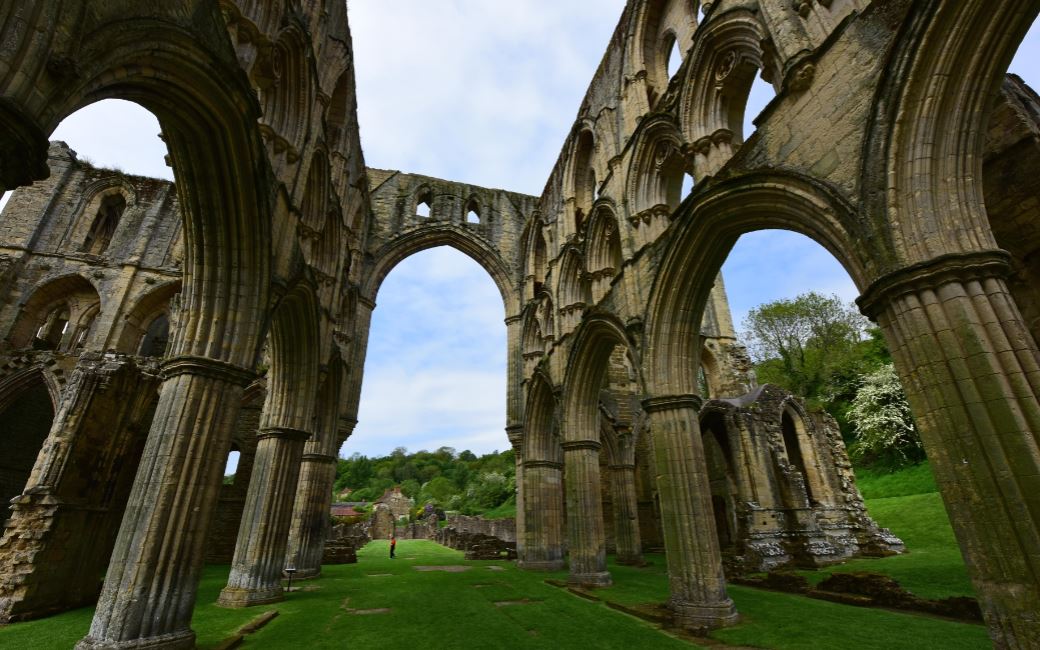 Rievaulx Abbey was built by a group of 12 Cistercian monks in 1131 near the River Rye in a remote valley, deep in what is now the picturesque North York Moors National Park. At its height Rievaulx Abbey was one of the wealthiest monasteries in Great Britain and supported around 140 monks and 500 lay brothers and servants. Such great wealth, and the monastic obedience to Rome, led Henry VIII to dissolve the monasteries and the building was suppressed in 1538 and left to decay. Over the years Rievaulx Abbey’s ruins have been an inspiration for poets, painters, and scholars, and was one of the first major ruins to be conserved by the Office of Works in 1917.

As one of the most complete and atmospheric of England’s abbey ruins, there has been a year-on-year increase in the number of people taking time to walk around and explore the Rievaulx Abbey site. In order to build on its popularity English Heritage has constructed a dedicated visitor centre that includes a museum displaying previously unseen artefacts including elaborate medieval stone carvings, chess pieces and gold coins. The facility also has a shop and a tearoom, and visitors can pick up an audio tour to learn more or hunt for clues of medieval life on the family trail. 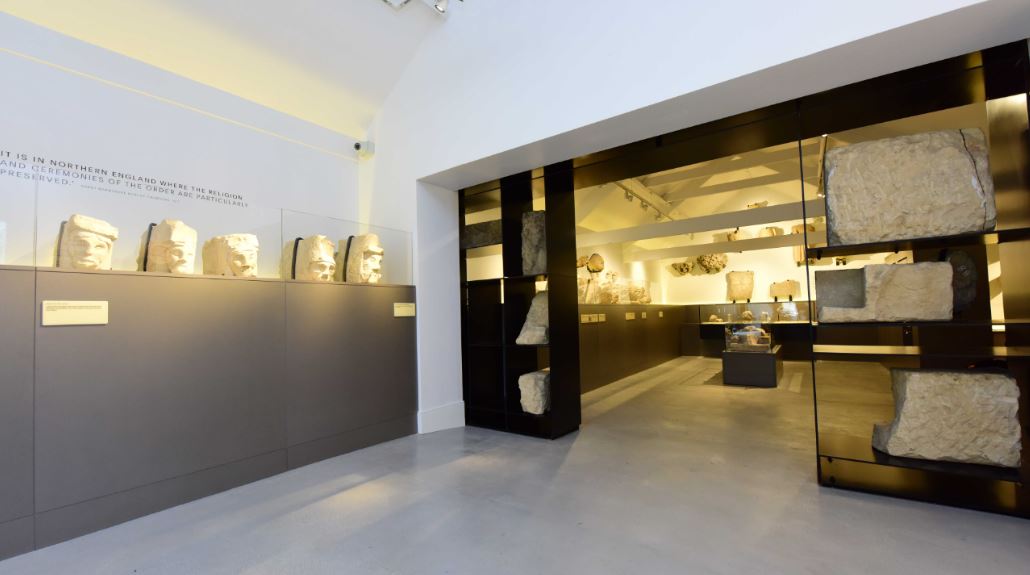 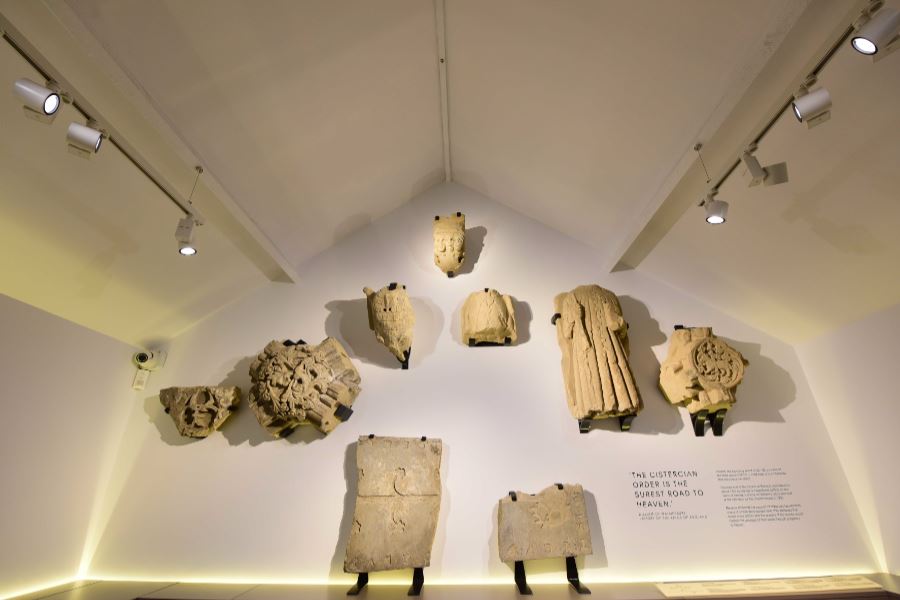 Protecting the nation’s historical buildings and monuments, and those visiting them, requires a meticulous approach to life safety. Therefore, when it came to this aspect of the development, English Heritage called upon the services of Shipley based Rosse Systems to specify, install and commission a suitable solution. Dave Thewlis, the company’s Sales Director, says, ‘As well as having over 34 years of experience and knowledge in the fire detection industry, we have worked closely with English Heritage for a number of years. Likewise, as a longstanding Morley-IAS partner, we know that its innovative technology is reliable, robust and has the ability to minimise unwanted alarms.’

Rosse Systems designed a BS 5389 compliant category L1 solution, which is designed for the protection of life and deploys automatic detectors throughout all areas of the three buildings – including roof spaces and voids – with the aim of providing the earliest possible warning. This was based around three networked Morley-IAS DX Connexion (DXc) panels from Honeywell.

The single loop DXc1 variant was used and Hugh McQuaid, Business Manager, Honeywell Security and Fire, explains, ‘This panel is ideally suited for use in the protection of small to medium sized buildings like those at Rievaulx Abbey. Completely open protocol, it has been developed to be the most time efficient panel on the market to install, and possesses the traditional Morley-IAS qualities of reliability, flexibility and value, with advanced features and intuitive functionality.’

Although beam detection was briefly considered for the installation, it was ultimately decided that single point smoke detection would be the most suitable option. So, complementing the Morley-IAS DXc1 panels System Sensor S200 Advanced optical smoke sensors were selected.  The S200A range has a completely unique detection chamber design, which is the result of many years of research and design by System Sensor, and delivers improved responsiveness and reduced sensitivity to changes in environmental conditions.

Thanks to the ease of use of the Morley-IAS and System Sensor devices, the installation went smoothly. However, Rosse Systems had to maintain the integrity of the buildings and meet the strict requirements of the architect. Dave Thewlis comments, ‘This aspect of the project meant that we had to try and keep the system discreetly sited to maintain the character of the interiors. At times this was much easier said than done, but thanks to our vast experience of carrying out work in all types of buildings, it was a challenge we relished.’

Rievaulx Abbey has just enjoyed a highly successful summer season and the new facilities have been unanimously well received. Christine Keld, English Heritage Area Manager for Yorkshire and the South Lakes, concludes, ‘Rievaulx Abbey has always been a place of incredible inspiration and interest to people from all walks of life. Our investment in these new facilities means that more people than ever can have an informative, educational and enjoyable day out here.’