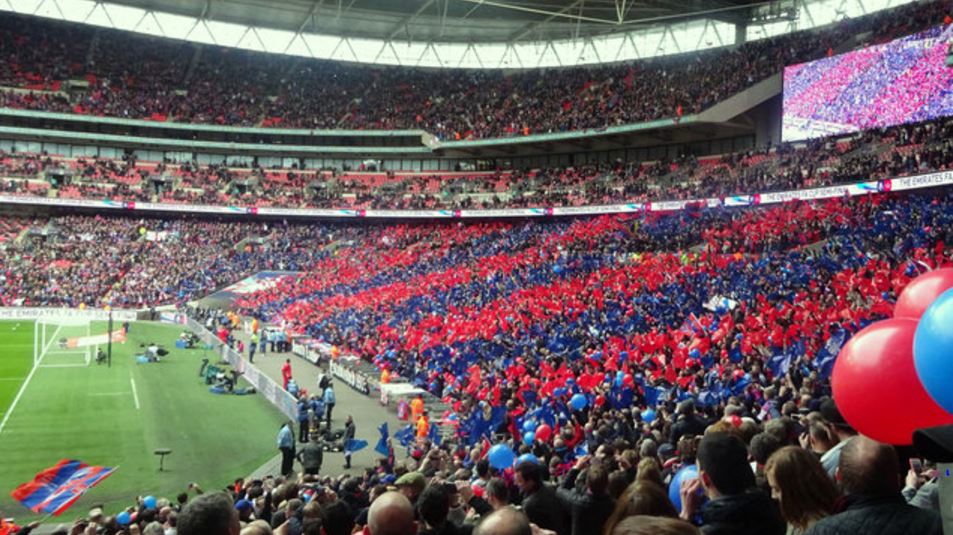 With the Premier League now back with a vengeance, Ellina Webb looks at whether clubs are embracing sustainability

With the start of the football season, I thought it appropriate to put the football industry under my sustainability microscope, especially since in 2016 FIFA become the first international sports organisation to join the United Nations (UN) climate change initiative…

In 2016 FIFA pledged to measure, reduce and compensate their greenhouse gas emissions related to the 2018 FIFA World Cup by joining ‘Climate Neutral Now’ as part of the Paris Agreement.

Beyond the World Cup they also pledged that through the power of football, they aim to inspire greater awareness and best practices in sustainability standards.

So what are our UK Premier League football clubs doing to support this pledge and be sustainable?

Edie reported in 2015 that sustainability became a growing trend in football due to clubs encouraging fans to cut their emissions by sharing lifts to away games and due to clubs embracing sustainability strategies in order to take a leap in their corporate social responsibilities.

Arsenal Football Club is one of those clubs, cementing itself as one of the greenest clubs in the UK. Blessed with a brand new stadium in 2006 it only made sense that sustainability was something the club should strive for. According to their website the Emirates Stadium has a recycling area, a glass recycling scheme, a cardboard baler (they currently recycle 10 tonnes of  cardboard and plastic a month), an oil recycling scheme, waterless urinals and most significantly a correctly set Building Management System (BMS) to ensure empty rooms are not being heated or cooled.

On top of this they ensure plastic bottles from match days are recycled, have installed LED lights, linked lighting to motion sensors and ensured hot water thermostats are set to minimum ‘safe’ levels.

Chelsea Football Club appears to be very committed to developing and improving their environmental impact and influence. They were the first football team to join the Mayor of London’s Green 500 campaign, pledging to continually reduce their carbon emissions, and in 2011 they also won the “Sustainability in Sport” award due to their low energy solutions.

They are also committed to adopting green technologies where possible, helping them to fully comply with ESOS. ESOS is a European Union Energy Savings Directive which was introduced in 2012 to help the EU meet its 20% energy saving target for 2020. You can read more about this legislation by clicking here.

To help save energy the club encourage staff to be mindful of electrical usage and printing, they have also adopted energy saving and motion sensor lighting where possible and encourage the use of public transport and recycling. Furthermore all paper is environmentally sustainable and all bags used at the Chelsea Megastores are made from biodegradable materials.

Like Arsenal, Chelsea FC have also installed an effective Building Management System (BMS) to better control the lighting and HVAC systems at both the Stamford Bridge Stadium and the Cobham training ground. They also use air-handling ventilation unit equipment with heat recovery which efficiently transfers the (otherwise wasted) heat from stale air into fresh incoming air. Both heat recovery and an effective BMS are fantastic ways to reduce energy use in buildings – helping to meet legislations like ESOS and MEES (Minimum Energy Efficiency Standards) which you can also read more about by clicking here.

Liverpool Football Club are also keen on energy savings and in 2013, a year after signing a policy to reduce their energy consumption by 10%, they saved enough gas and electricity to power over 350 homes for a year!

They even have a team of 10 employees across the club who are dedicated to raising awareness of energy-savings. The team is called “Reds Going Green”.

In 2014 Liverpool FC was also named Merseyside’s Carbon Champion of The Year at the Echo Environment Awards because of their “Reds Going Green” team. The team was celebrated for their on-going commitment.

In regards to Manchester City Football Club, they state that zero percent of all their waste goes to landfill and that they have reduced energy use at the Etihad Stadium by almost 1m kW hours. They have fitted 5,272 LED lamps to reduce energy and have also had a drop of 15% in what they term ‘fugitive’ energy – in other words, energy wasted in unoccupied rooms. Manchester City has also introduced a waste water system which recycles waster water from the grounds system for both the stadium and the Academy.

Man City also take pride in the redevelopment of both the Etihad Campus and the City Football Academy, which they state has seen the “return of butterflies, moths, birds and dormice to a previously polluted site in East Manchester.”

On its dedicated CSR website, Man United Football Club state that “Everyone at the club is committed to tackling environmental and social issues at regional, national and international level, using the Manchester United brand to leverage support and create awareness of the issues facing the planet.”

The same site has links to the club’s environmental statement which details the work the club does to maintain ISO14001 environmental management system and Carbon Trust Standard.

This includes continuing with the developed carbon and renewable energy strategy, waste management, minimising the use of non-renewable materials, and increasing recycling and rainwater harvesting.

As with the other football clubs mentioned, Tottenham Hotspur Football Club also expresses their environmental and sustainability policies on their website. Back in 2010 Tottenham Hotspur made conscious decisions regarding purchasing, waste disposal, travel and energy use in order to achieve a 10% cut in emissions as part of the 10:10 campaign which aimed to cut 10% of Britain’s carbon emissions by 2010.

Since 2010 however, with White Hart Lane being dismantled, all focus is on the new stadium. Controversially it has been reported that the new stadium will only get a small amount of energy from renewable sources, breaking the Haringey councils planning policy. However the club refuted these claims saying the new stadium will be one of the most energy efficient stadiums in the UK, with carbon emissions 50% lower than that of the nearby Emirates Stadium.

The lack of on-site renewable technology is because the stadium will connect to new District Heating Network across North Tottenham.

Beyond the premier league

Footballers themselves are also trying to support the sustainability in football message. In 2012 Gary Neville and Dale Vince (who is the owner of an electricity company) founded a foundation called “Sustainability in Sport” in which they “take the eco message to the whole world of sport”.

They do this by promoting best eco practice, engaging with governing bodies and working with technology providers to demonstrate technology that will improve the sustainability of sport. For example Forest Green Rovers (of which Dale Vince is the Chairman) worked with Sustainability in Sport to put into place some environmental initiatives such as an organic pitch, LED floodlights, the installation of PV panels on the stadium roof and a meat-free, sustainable menu for football fans.

The steps that the football industry are taking in being more energy efficient is quite impressive, and beyond that their quest to raise awareness in both the community and with fans is an important part of ensuring the population work together to help the UK meet its carbon reduction targets.

There are so many football clubs in the UK that are making changes to their operations, their stadiums and the culture within club, that I couldn’t mention them all. So if I haven’t mentioned your club above, why not give it a Google and see what they are doing to be sustainable too?