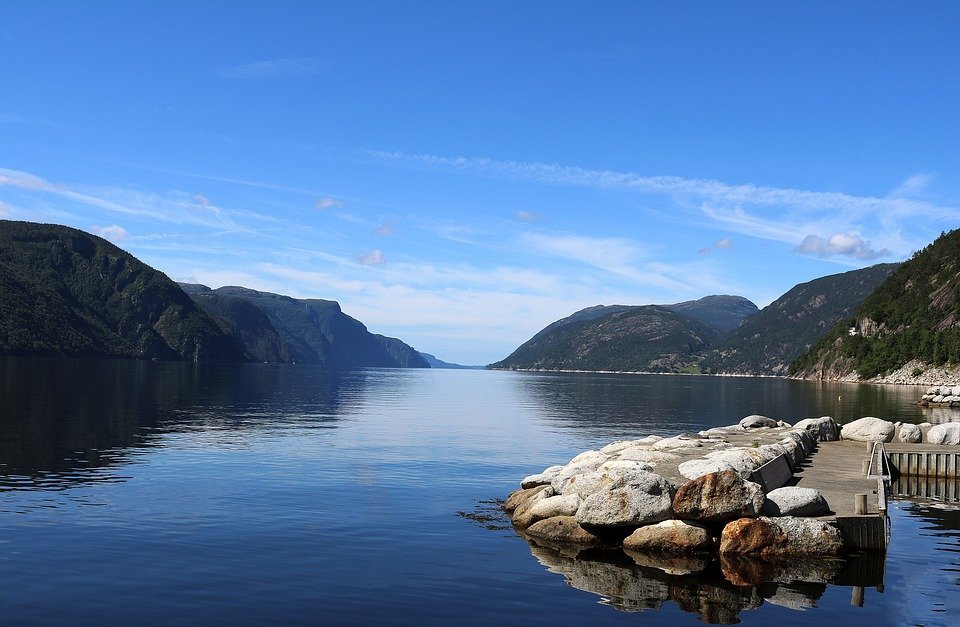 After visiting Norway, Gemma Lakin looks at how the country has embraced renewable technology.

Last month I had the pleasure of visiting in the beautiful country of Norway. We spent the weekend kayaking and walking through the idyllic Nærøyfjord and during my short time spent there I can understand why Norway is often ranked as one of the top countries in terms of quality of life. The air seems so clear and clean and their lifestyle seems a lot more relaxed than ours at home.

Another thing I noticed while I was away was how forward thinking they are when it comes to renewable energy.  97% of their electricity is powered from renewable sources, mostly hydropower which isn’t hard to believe when there is waterfall after waterfall everywhere you go!

In a hydroelectric power station water dropping rapidly from on high (usually stored behind a dam in a reservoir) has gravitational potential energy and as it falls down pipes this power is used to turn a turbine (producing kinetic energy). The turbine then connects to a generator to produce electrical energy.

The people of Norway are proud of what their country has achieved and saving carbon is something that is publicly promoted. Even the large oil conglomerates call themselves ‘energy’ companies and are actively researching and investing in ‘life after fossil fuels’.

The peaceful streets of Bergen

After the recent announcement that the UK will no longer sell diesel or petrol cars after 2040, it is remarkable that Norway has the same goal – but for 2025 … and they aren’t far from it even now in 2017, with over 50% of all cars sold being electric or hybrid. Lots of investment has gone into promoting these cars with privileged parking, recharging stations and toll-free for electric cars.

Personally, I would like to see these types of incentives in the UK, however with a population 13 times bigger than that of Norway I can also see it taking a bit more time.

The Future of sightseeing

And its not just cars that are turning hybrid. Our knowledgeable guide spent his time telling us about the renewable ventures that the country has undertaken, one of which is a new hybrid ferry that runs between the towns of Flam and Gudvangen.

The innovative design of the ferry allows panoramic views of the Fjord and when it switches to electric it glides silently through the water allowing the passengers to experience the peaceful surroundings. He also proudly pointed out some totally sustainable guest houses on the edge of the mountains that have a 3-year waiting list.

How has Norway got so far ahead of its European counterparts?

Back in the 1990’s a Sovereign wealth fund was set up to help prepare the country for a time when their oil and gas reserves run out. Any surplus wealth from the oil industry is pumped into the fund which is then invested into companies that are aiming to change the country’s future.

The fund has an ethical mandate too. It won’t invest in companies involved in things such as tobacco or nuclear weapons.

Can we learn lessons here in the UK?

Hydropower doesn’t always have to involve stunning mountain waterfalls and there are people in the UK trying to capitalise on the power of water.  In May, the BBC reported that planning permission had been given in Reading, Berkshire to install two water turbines to produce hydropower on the River Thames.

There is also the seriously impressive engineering feat that is the Dinorwig Power Station in Wales, which was built in 1984. The station’s six powerful generating units stand in Europe’s largest man-made cavern and have a 288 MW Generation potential at full load.

It was truly inspiring to see how engaged the Norwegian people are in renewables and I think this is the reason for their success, so my final thought is how do we get the British public to invest in their renewable future? Let me know your thoughts on our twitter page.