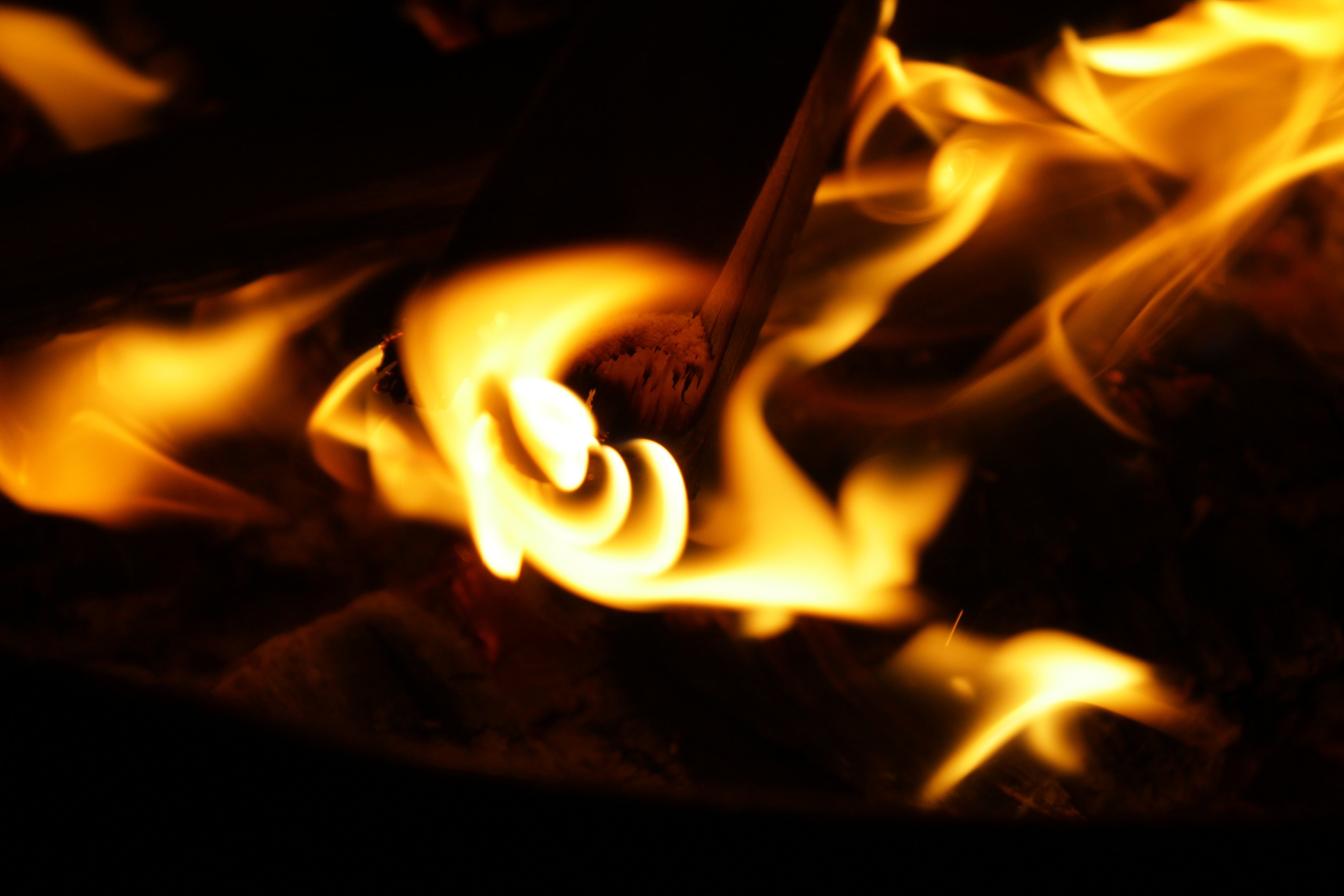 Donald Daw looks at whether the world is finally relinquishing its grip on carbon intensive fuel.

The news currently seems full of stories about how much renewable energy is on the rise yet there is still a lot of the World’s economy invested in gas and oil so what will the transition to a low-carbon economy over the next 10-20 years look like and what does this mean for the country’s consumers and businesses?

Whilst the 21st April 2017 will probably go down in history because it was the first day since 1882 that the UK generated a whole day of electricity without using coal, we are likely to see more of these days as the nation continues to ‘green’ the grid.

This is not only good for the environment, it makes a much stronger case for renewable technologies such as heat pumps, which then benefit households and businesses further by helping reduce running costs.

As solar and wind turbine technology develops, we are getting more power from these and the potential of battery storage offered by companies such as Tesla point to a future where the renewable power sourced during the day can be properly stored for later use.

The construction industry and housebuilders in particular are also looking to play their part, with news that 16 homes in Wales are being created to highlight the energy efficient neighbourhoods of the future, with the smart homes all networked to generate and store clean energy.

All of this renewable power will of course be needed though if the Government’s plans to move to non-diesel and petrol cars by 2040 are to come to fruition.  The British seem to love their cars, so if we simply replace the combustion engines in all of them with electric motors, then we will definitely need to find the power to charge them from somewhere.

That’s where developments in storage technology will help, whether in individual buildings or in major commercial plant. We’re also slowly seeing the introduction of smart metering in properties across the country which is helping us understand usage better, as well as allowing individual homeowners to monitor their own requirements.

Combined with these innovative new ways of storage and this will allow for a better overall balance of demand, so that other traditional ways of generating electricity can be called on at peak demand to avoid any overloading of the national grid.

When we as a manufacturer entered the UK heat pump market almost ten years ago, no one was predicting that things would have moved on so much and, although it hasn’t always been as easy as I would have hoped, the future is looking incredibly bright for the renewable sector.

It is true that we could have had more support from Governments of all persuasions and I still think the Code for Sustainable Homes was a worthy pursuit, but we do still have the Renewable Heat Incentive – which the government has just confirmed includes a 33% increase in rates for air source heat pumps.

Even the gradual reduction in rates from the Feed in Tariff has not stopped the solar industry from growing. A trip down any motorway will confirm this if you look at the growing numbers of fields full of power-generating PV panels.

Ten years ago, research shows that the worldwide solar industry installed the equivalent of 2.5 GW of power generating capacity. Now, ten years on, China alone is installing that sort of amount every fortnight and many emerging countries are investing in renewables to help their people and their economies.

And that is excellent news for the heat pump sector as we first predicted when we launched our Green Gateway Initiative ten years ago.

As the nation moves to greener power production, the arguments for electrically-powered air source heat pumps become even stronger and the arguments build against carbon-intensive oil and gas.

Heat pumps are the only solution that fully buys into the greening of the grid and so become more attractive from a strategic point of view as the grid becomes cleaner.

When we launched Green Gateway, we were looking ahead to a time when other renewable sources are being utilised to provide a clean grid, with heat pumps enhancing the benefits further by uplifting the energy generated from low or zero carbon sources into usable heat for our buildings.

Heat pumps therefore provide the nation with a degree of future proofing that no other solution can deliver – certainly compared to gas-fired boilers which are already at, or near, their maximum efficiency. 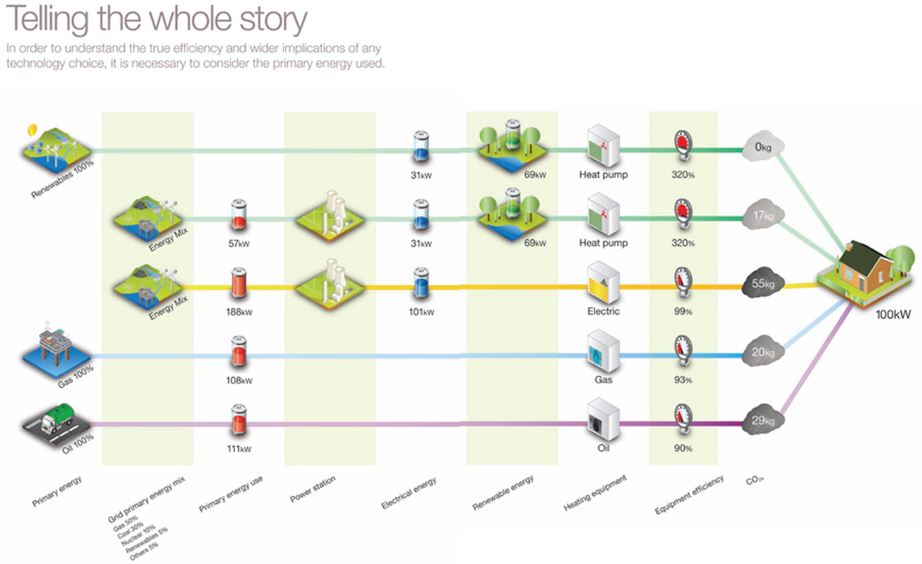 As legislation pushes a greener agenda, with energy ratings for both products and buildings highlighting the best and exposing the worst, I personally think we are getting close to the tipping point where the idea of igniting a combustible, high-carbon, low efficiency fuel to heat our buildings becomes a complete anathema.

Consumers are also starting to turn to brands that can clearly demonstrate their corporate social responsibilities and are trying to play their part in reducing mankind’s impact on the environment.

So, whether it is energy efficient heating systems rated according to the ErP A++ system, energy efficient buildings which meet the Minimum Energy Efficiency Standards (MEES) or cars and road transport that capitalises on the development of electric and battery technology, the world has definitely come a long way in the past decade.

Not quite there yet

That still leaves serious challenges ahead for the nation as millions of our existing buildings are still too leaky and not energy efficient enough.

It is simply not financially viable for us to knock down all of these buildings even if we wanted to and even if we could overcome the public outcry that would ensue – What? Replace Windsor Castle?

But there are things that can be done if the mood takes us as a country, whether that is more campaigns to insulate lofts or social housing landlords continuing to lead the way by upgrading older homes with better windows and insulation and adding in renewables.

One quick and simple solution in the shorter term though could be the addition of a heat pump to the existing heating system – a so called Hybrid heating system.  This would allow the home to produce renewable heating, benefiting from the greener grid and able to claim RHI payments, whilst retaining the existing boiler as a backup should it ever be required.

The controls exist, the technology exists and the industry has the skilled workforce ready and able to install the systems.

So what are we all waiting for?