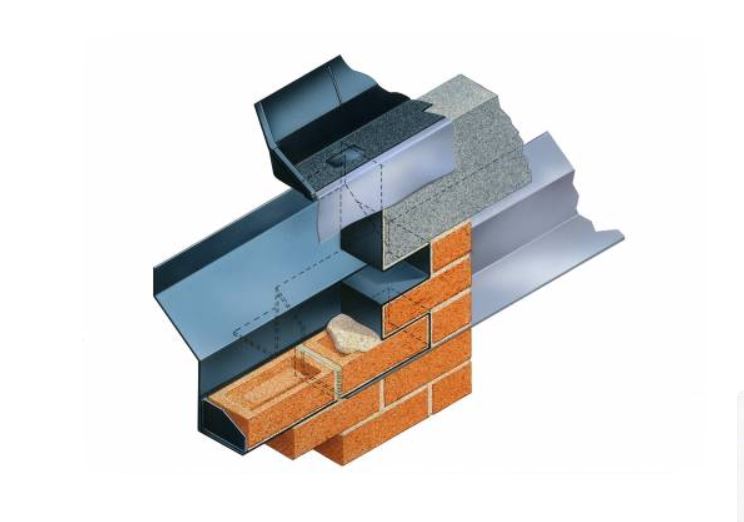 A builder who had constructed houses with bay windows in the same manner for years was puzzled why several of his latest homes had damp ceilings under the bay roofs.

Nothing had changed as far as the builder was concerned, and he had not experienced this problem on previous sites.

Each bay had a one-piece fibreglass roof with an integral upstand against the house wall. A preformed cavitray protected the horizontal intersection, and the attached flashing was tightly dressed down over the roof upstand. So how was the damp getting in and manifesting through the bay ceiling?

The answer was horizontal transference – or sideways soak to give it another name.

The cavitray and attached flashing protecting the horizontal intersection was built in at the correct height and was successfully arresting water at roof level.

The lintel crossing the bay and supporting the house external front wall was also in the right place eight courses lower.

But because the external wall ran uninterrupted across the lintel, the courses between were unprotected.
There was nothing to prevent the wind-driven rain that saturated the masonry outside the bay, from continuing its permeation along those courses into the bay at ceiling level.

But why on this site and not previously? The answer is no site is the same.

There will always be variables: brickwork type, porosity and absorbency, mortar type and consistency, workmanship, temperature when constructing, topography, altitude, and importantly the most variable of variables, the UK climate with its ability to saturate through prolonged periods of wind carried rain.

Not to be overlooked is bay window design. The greater the number of courses between roof flashing intersection level and lintel support level – dictated by bay style and appearance – the increased susceptibility to horizontal transference.

The solution as identified within an NHBC report is to build-in a DPC to prevent horizontal transference, and that is exactly what the Type BWVC does.

BWVC stands for Bay Window Vertical Cavitray and it is supplied preformed so it fits easily between the two levels without breaking bond.

It prevents dampness permeating inwardly but does so without affecting appearances – it is not noticeable once incorporated.