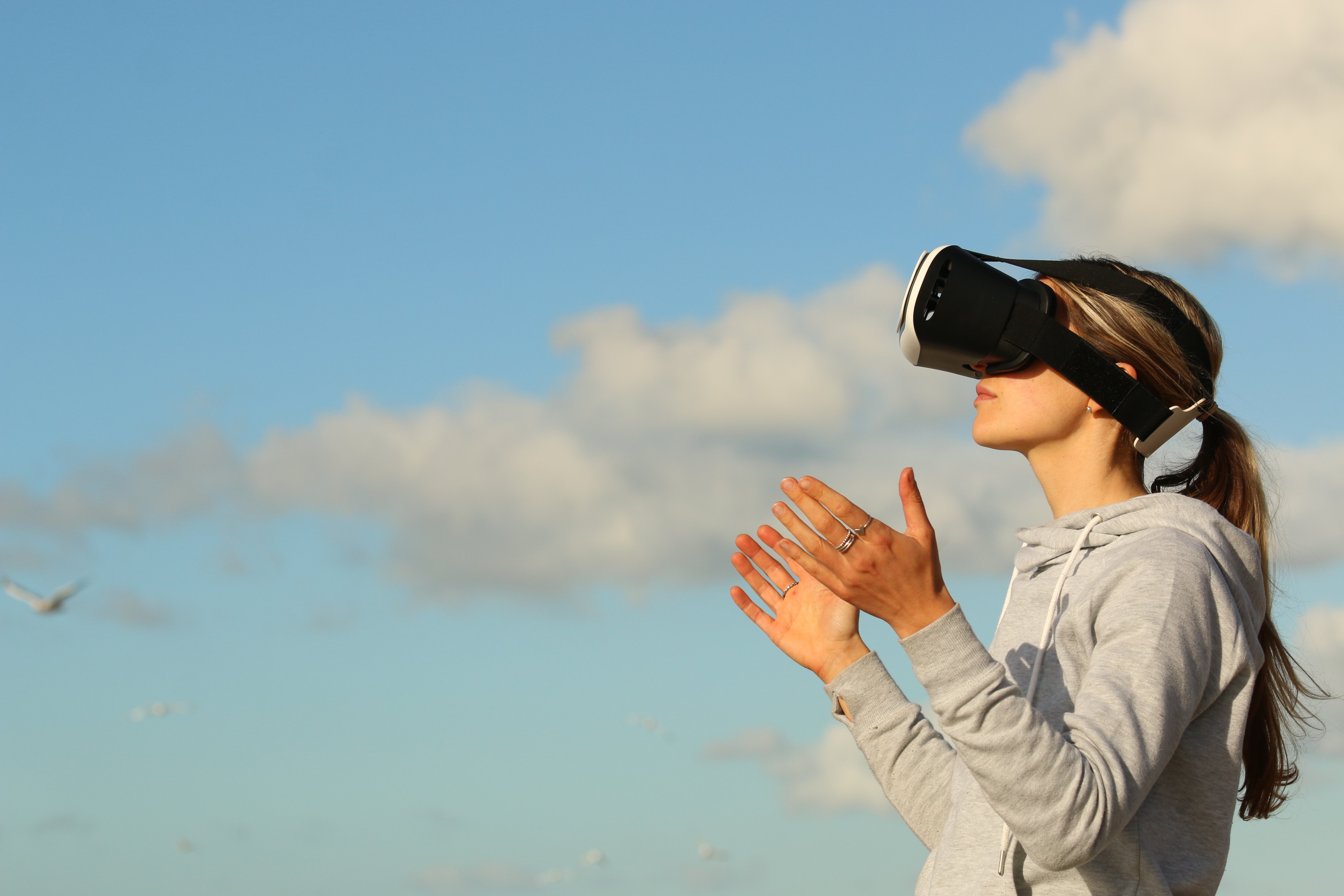 Ellina Webb looks at the likely impact of virtual reality on our world.

Last week my colleagues and I took a trip to the arctic to discover the melting polar caps and look in awe at the northern lights. The trip however didn’t require us to travel thousands of miles into the snowy abyss of icebergs and beyond. We just had to purchase a copy of The Guardian and make use of their free Google cardboard virtual reality headset, along with our smartphones and a Guardian virtual reality app!

The virtual experience however was not just a daft way of having a bit of fun, the options available on the app all had a deeper meaning, from experiencing life through the eyes of someone with autism, to a full 360 view of the arctic. The videos were actually hard hitting, made better by wearing a set of headphones and fully immersing yourself into the experience.

So much like the stereoscopic Victorian’s of yester year, for a few moments we were transported to a place we never thought we would see…

But how is virtual reality actually making an impact on our lives?

The National Autism Society used virtual reality back in 2016 as part of a public awareness campaign called “Too Much Information” where they approached members of the public and asked them to wear a virtual reality headset. The headset played a simulation which allowed users to experience the sights and sounds of a shopping centre through the eyes of a person with autism.

The success of this has led to the wider spread of the use of virtual reality in autism awareness. At Oakland’s collage in Hertfordshire for example the Supported Learning department have successfully used the headsets as part of National Autism Week to raise awareness amongst students in the wider college.

When it comes to the environment, virtual reality has also proven a great way to raise awareness on these issues – as the Guardian 360 Arctic experience also showed.

In 2016 Environmental Technology reported on the joint project between Google and Stanford University which saw the launch of an awareness game that informed players about the growing issue of ocean acidification. These types of experiences allow the everyday person to experience these issues almost first hand –after all, as the article points out “seeing is believing.”

In fact, the article also points out how previous studies have shown that those who experience environmental issues first hand through the medium of virtual reality are more likely to adopt a greener attitude to their everyday routines.

Other forms of popular environment awareness include the virtual reality experience from David Attenborough where you’re taken on a trip through the Great Barrier Reef. The experience aims to raise awareness of coral bleaching through pollution, a major threat to one of the most outstanding areas of natural beauty and marine life in the world.

Other uses of virtual reality

Aside from raising awareness, virtual reality experiences are also being used as therapy to treat conditions such as anxiety, depression, phobias and PTSD. I first remember virtual reality being used as this form of treatment while watching a BBC programme around 10 years ago where doctors tried to treat patients with extreme phobias like arachnid and heights. Back then the virtual experience seemed far from what it is today, using pixelated computer generated graphics to imitate a spider or the ledge of the building.

Personally, my first experience of virtual reality was gaming. When the Oculus Rift launched I gave it a go at a gaming exhibition in 2014, and while the experience of being able to look around at a virtual world was an amazing step forward in game technology, the game was a rollercoaster simulation which left me feeling sick and confused for around half an hour after! Needless to say, since then big gaming brands like PlayStation, HTC and Samsung have jumped on the virtual reality gaming bandwagon and numerous zombie and first-person shooter type games have been released – none of which I think I could stomach.

Virtual Reality has also become popular as a form of marketing as it allows prospects to interact with products and services in a more personal way. In fact it has already been used by brands such as car manufacturers, fashion retailers and beverage companies in order to provide an immersive experience with car test drives, fashion shows and more.

For example with Mitsubishi Electric, augmented reality would allow us to superimpose our wall mounted air conditioning units onto the wall of an office so that the owners could see in real-world (through their smart device or through goggles) how the exact product would look in their environment.

Most people are familiar with augmented reality through games such as Pokemon Go, but recently Ikea launched a new app allowing prospects to place furniture in their home using the exciting new technology from Apple called ARKit.

Virtual reality is also being used and I believe will be used even more by those in the construction industry to visually experience their buildings before they are built, and to understand how to make their buildings energy efficient.

For example as this article on the Huffington Post explains, through virtual reality architects can assess how to best utilise natural light – and even better, with augmented reality architects, specifiers, contractors and interior decorators can visualise how spaces like hotels, offices, shops, homes and more will look with HVAC products, furniture and electrical equipment installed.

In the past five years I think virtual reality has come a long way and both the computer graphics and real life video experiences that can be viewed fully immersive on headsets, have advanced massively. In fact, I think the experiences can genuinely confuse the brain into thinking the situation is real, adding to both the entertainment factor (in gaming, cinema and TV) and therapeutic factor where the use of virtual reality is popular. I also think it will become a bigger part of education as I have seen a few mentions of how it could be used to teach aspiring surgeons and pilots.

As a form of awareness and marketing I thinking it also has major benefits as it allows members of the public to gain an almost first-hand experience of a serious issue, and it also allows prospects to “try before they buy”.

Therefore, I think virtual experiences and the impact they will have on our lives will only grow over the next few years, especially with the advancement in smartphone technology and the low cost of Google cardboard type goggles. In fact virtual reality may even become something we interact with on a daily basis, even in our own homes!

Ellina Webb is a Senior Marketing Executive at Mitsubishi Electric