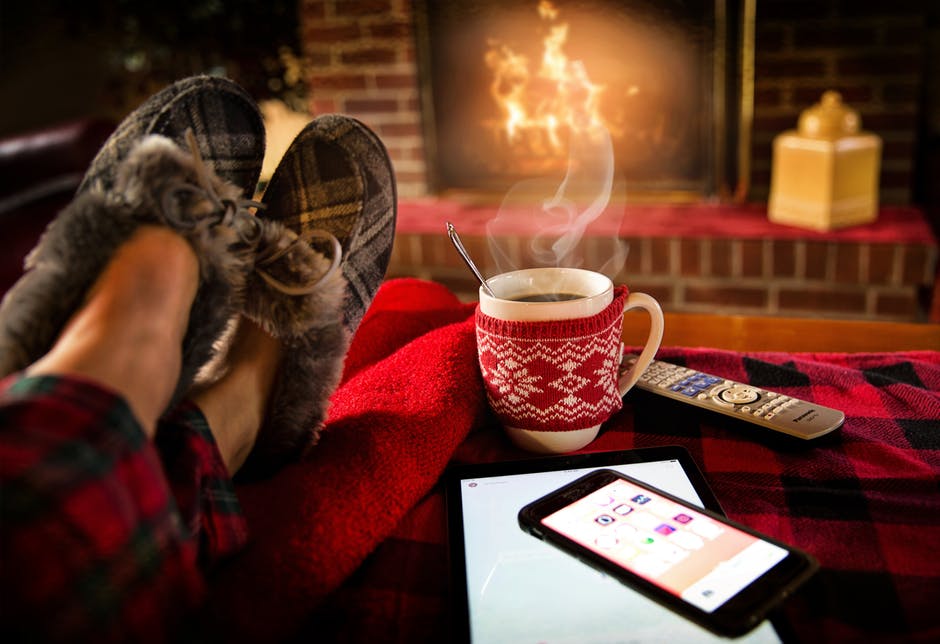 After a month without any gas heating, Russell Jones now looks towards a wireless future and online control

If you read my last post ‘But baby it’s cold outside’ you will already know that I’ve been having problems with my heating at home.

For pretty much most of the last month, we haven’t really had much in the way of central heating – and this included one of the coldest nights of the year so far, when it really was so freezing that it was a genuine struggle to get out of bed in the morning.

Whilst this took me back to my childhood growing up in the late 60s, early 70s, before central heating was so common, it was a tad uncomfortable to say the least and certainly dampened the pre-Christmas mood in the house.

The solution to our problem with electrical wires in the end was … let’s go wireless!

Thankfully, we had a couple of electric heaters and a coal fire, so we didn’t freeze, and the immersion heater meant we could also shower and keep clean, although it did highlight the fact that in today’s modern world, we do all take heating for granted.

Whilst we humans were able to cope and understand what was going on, we did have had a seriously unhappy cat though. Whilst she was more than content when the coal fire was going she was very, very miserable first thing in the morning.

She even took to sleeping as close to the embers as she could get and got so dirty we thought of changing her name from Ruby, to Cinderuby!

Locked in a perpetual loop

I don’t know the last time you tried to find a plumber or an electrician but in my area, they are pretty well booked up solidly.  We tried the local plumbing shop, the internet, a friend of a friend, HomeSmart and finally, British Gas.

We’ve had several appointments and numerous people out and even a new pump fitted – which might or might not have been necessary!

Whilst British Gas did finally solve the problem, this was down to the persistence and tenacity of the engineer who came out last week, rather than the corporation, who at one point, seemed to hold us in a perpetual loop.

The problem was that the gas boiler wasn’t working because of an electrical fault and all of the plumbers who came out were quick to identify this, but unable or unwilling to cross over into a ‘sparkies’ territory.

The electricians who subsequently appeared, were not able to, or not qualified, or something, to deviate from proscribed procedure.

Putting the lack of heating aside for a moment, this also meant numerous frustrating phonecalls and time off work to wait in for the various ‘professionals’ to turn up.  Not only was it frustrating to repeat the story every single time you called someone, it also meant the same repeat show when a new face appeared at the front door.

Thankfully, we finally got an engineer who realised the true value of customer service and who spent the whole day solving the problem for us. He genuinely is an unsung hero because not only did he stay until he had found a solution, he also found what was the most cost effective (i.e. cheapest) for us.

The solution to our problem with electrical wires in the end was … let’s go wireless!

We therefore now have a Hive system which is doing a good job in controlling the system and keeping us warm and toasty.

We’ve all now got the app on our phones and I can see how useful it is to be able to alter the temperature or turn the water on before I get home, but I do find it a little limited at the moment.

There is the promise of adding other technologies in the future, but I can’t see how much energy I’m using and therefore know how much my bills are likely to be.

I also can’t see how much my carbon footprint is at any given time which is going to become increasingly important as the pressure to reduce energy consumption is forced on us all to tackle climate change.

Comparing the app to our own MELCloud app for our renewable heating systems, I can see that they’ve still got a long way to go to catch up.

Not only can you alter the temperature of your Ecodan heating system from anywhere, you can also change all the settings and schedules and monitor energy consumption.

Our technical helpdesk in Manchester can also interrogate remotely so that they can diagnose any issues if they ever arise, helping homeowners and reducing the need for people to wait in for an engineer to call.

So, you may ask, why didn’t I just get an Ecodan fitted?

Well that’s more to do with the age of my property and the thermal improvements I need to make to the fabric of the building but I promise I will tackle that at a later date.

In the meantime, I’m just happy to have a warm home … and so is the cat.

Russell Jones is Content and Communications Manager for Mitsubishi Electric, Living Environment Systems in the UK.