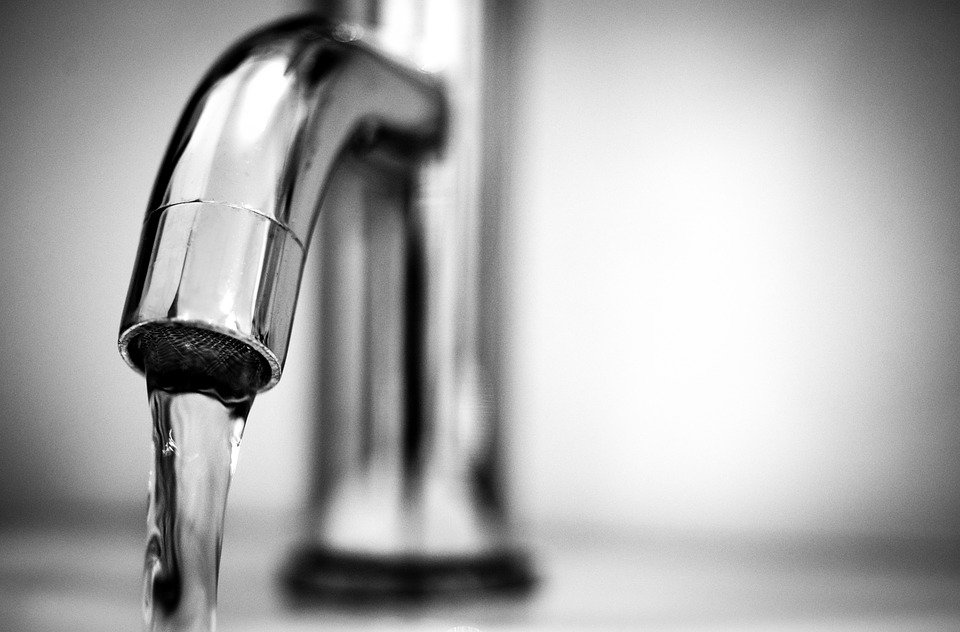 Limescale is incredibly common, and it’s likely that you will have it on your taps at some point in your life. Your taps will look significantly nicer without limescale on them as you will be able to see the beauty of the design and colour of your taps.

Limescale occurs from diluted minerals in water and will crystalise forming a crusty layer. You can expect to see limescale appear on any home function that produces water such as a tap or shower.

Limescale can be a challenge to remove; however, there is a trick to it! Soaking the affected area in vinegar or using limescale removers allows the limescale to soften and be removed easily. When you remove limescale try to avoid scrubbing it. Scrubbing at the limescale may work, but it can ruin the finish of the tap or sink.

Each time taps are used the limescale will build up. If you want to get rid it, the best thing to do is to stay on top of keeping it clean. Once you have removed it, keep the area clean by wiping down the shower or taps after use. The sooner you remove it, the easier it will be to get rid of it in the future!

How to Prevent Limescale Building Up

To prevent limescale the main thing to do is to ensure that you stay on top of getting rid of it regularly. To do this, you can regularly clean your taps, showers, sinks and drains with the limescale removers to stop limescale building up. Alongside doing this, you could also make changes to your water such as implementing water softening or water conditioning. Both remove the impurities that cause the limescale to build up.

Implementing a water softener into your home will help to reduce the likelihood of limescale building up. The process of the water softener is to replace calcium with sodium. It works by filtering water through an ion exchange column, within which there are small beads of resin. The beads are coated with charged sodium. Therefore when the water goes through, it picks up the sodium and further removes most of the calcium and magnesium that was in the water.

This is an excellent way of taking out the hardness of the water and of course reducing limescale.

The water softener needs to be cleaned and maintained to work efficiently and to its full potential. Due to the fact that when the water passes through the ion exchange unit and it picks up the sodium, the small beads of resin absorb this calcium and magnesium that was in the water. The beads of resin will need to be washed with salt water to remove the calcium and magnesium and restore the sodium in the beads.

Another way to prevent the buildup of limescale is with water conditioning.

Yes, limescale is entirely harmless to humans. If you accidentally ingested some limescale, it wouldn’t cause you any harm and would simply pass through your digestive system.

Even though limescale isn’t harmful to humans, it can be bad for your appliances. Typically limescale will build up on appliances such as kettles, dishwashers and washing machines. These sort of appliances will be strongly affected by limescale due to the hardness of the water. When water gets heated up the impurities/minerals in it get attracted to the heating element and settle there; thus building up limescale. This is very common on hot taps, in particular in the shower.

Eventually, the limescale on the appliances will build up so much that it causes the limescale to produce a thick layer covering the heating element. As a result of this, the appliance then needs to work harder to heat up and emit the heat through the layer of limescale. Ultimately, resulting in the failure of the appliance.

As it turns out, having a build up of limescale can increase your gas oil and electricity bills. Not only does limescale build up on the outside of appliances such as taps and showers, but it also can build up on the inside of pipes. Should this happen, it minimises the space in the pipe for water to get through. As a result, it reduces the thermal efficiency of the pipes.

In the water tank in your home, limescale can build up around the heating element resulting in a thick layer of limescale all over it.

As the heating element needs to heat the water, it is much easier for it to do this when it is in direct contact with it. Due to the layer of limescale, it means the boiler has to work harder to emit its heat through the limescale to the water. This will take it longer to heat the water and cost you more money.

Limescale removers and dishwasher/washing machine tablets are useful for treating the problem. However, they will not stop it from happening. If you want to put an end to your limescale problems, then try changing your water. Hard water is the cause of limescale building up due to the minerals in it. If you invest in a water softener, you are likely to see some positive changes. Soft water breaks down the limescale in your water system and your appliances, saving you both money and time.

If you are having issues with limescale in your bathroom, then consider starting afresh by getting new taps and a water softener. Bathroom renovations in Cambridgeshire will professionally renovate your bathroom, leaving you limescale free.