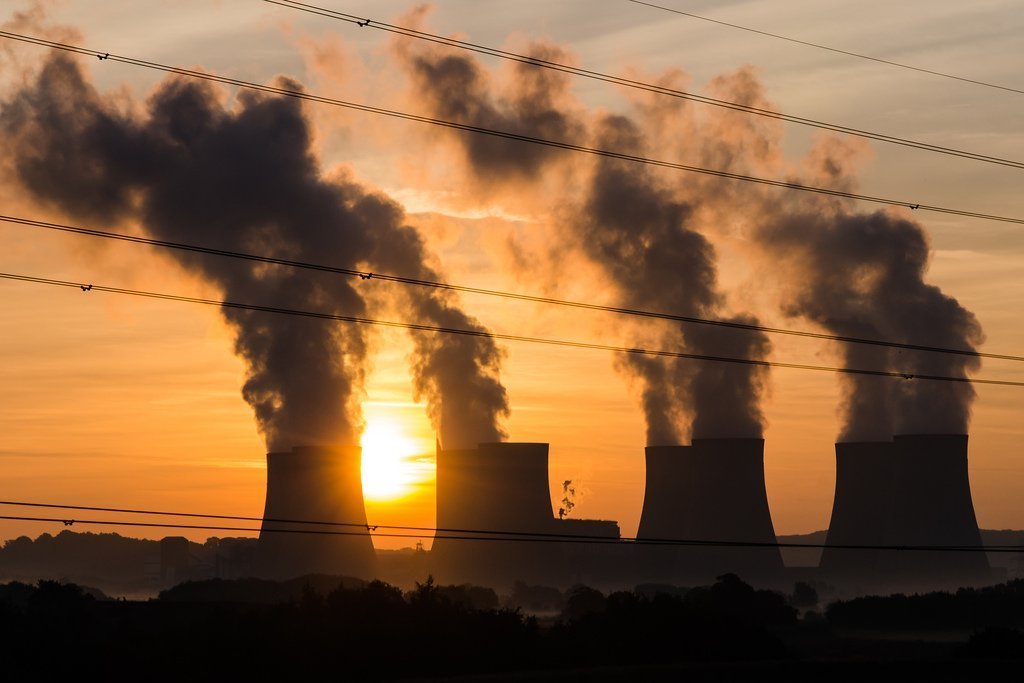 Ellina Webb examines how burning fossil fuels causes damage to the world we live in.

We all know the wider implications of burning fossil fuels, not only do they use up our limited supply of natural resources, they also contribute to global warming. But beyond these issues are more immediate side effects that unbeknown to many of us, are slowly affecting the health and wellbeing of the people around us.

Over 40,000 deaths a year in the UK are attributable to exposure to outdoor air pollution – caused by microscopic pollutants produced in the burning of fossil fuels. This equates to poor health in over 200 million people worldwide and around 3 million deaths a year, making air pollution the single biggest killer in the world.

My fellow Hub writers and I have spoken a lot about poor outdoor and indoor air quality over the past 6 months as the issue is important but also fixable. In fact, this article on the Independent highlights this perfectly. The article explains how new research in the US shows that major air pollutants have declined over the past 10 years, down to tougher regulations and the increased use of renewable energy over fossil fuels like coal.

Subsequently this reduction in pollutants has reduced the number premature deaths attributed to air pollution – meaning that around 12,700 premature deaths in the US were avoided between 2007 and 2015.

Scarily however is that in the rest of the world outdoor air pollution has risen by 8% in five years, with cities in the developing world worst affected…

But which are the most polluted countries and cities in the world, what effect is this having on inhabitants and what (if anything) are Government’s doing to fix it?

China has made a lot of effort to improve its air quality, despite depending on coal for 60% of its power, and now only five cities in China are in the top 30 most polluted. Unfortunately however, in over 150 cities in China air quality still fails to meet World Health Organisation standards and causes roughly 300,000 premature deaths a year (or according to the Telegraph 1 million deaths across China).

A Chinese city which has noticeably made a big effort is Beijing, although in 2015 it had its first ever “red-alert” which is the highest possible warning level on its four-tiered pollution system adopted in 2013. This meant that half of all cars had to stay off the roads and schools without good air filtration systems had to close.

Previously however, Beijing made a huge effort in preparation for the 2008 Olympic Games to reduce air pollution. In fact China invested £8.9bn to improve air quality in the capital for the event. Additional measures included banning around 300,000 high polluting vehicles during the games, day to day driving rules, halting major construction works, and temporarily shutting down more than 100 factories and 56 power plants (mainly coal) for the duration of the games.

Sadly, given the effort, researchers stated that the Beijing Olympic Games in 2008 were the most polluted games ever – double the amount of soot as Athens, triple the level as Atlanta and 3.5 times higher than Sydney.

In 2015 the World Health Organization reported that Onitsha in Nigeria was the most polluted city in the world at around 30+ times over the recommended level of micrograms per cubic metre. In fact according to the United Nations Environment Programme, around 600,000 premature deaths a year across Africa are associated with air pollution.

Pollution levels in Europe and America are still bad though, despite the obvious attempts to reduce them, like the recent announcement to ban petrol and diesel cars in the UK by 2040. Port Talbot in Wales is the most polluted city in the UK, while in America, Bakersfield in California has the highest concentration of air pollution due to emissions from oil refineries and agriculture. In fact like Beijing in China, the geography of the city has aided in making the situation worse. Both cities are bordered by industrial areas and mountains that trap pollutants.

What can cities do to reduce air pollution?

Clean Air Zones reduce the load of high polluting vehicles. In the UK these will be introduced into major cities by 2020

This is currently popular in cities like Cambridge and Oxford

– Encourage those who can make a difference

For example, encourage companies to promote and use cleaner vehicles in their fleet

Ban fuel vehicles altogether, or retrofit them to run on cleaner fuels. The UK is banning petrol and diesel cars by 2040, in Norway however the phase out is being targeted for 2025

The list of the benefits of walking and cycling continues to grow!

Plants can absorb emissions and filter the air

– Unite with the world

And while this sounds daunting and beyond our own individual control, there are things we can all do to help as the following articles by my colleagues highlight…

Building services can help everyone be lean, mean and green

What lessons can the UK learn from Norway?

Be a cool cat with effective indoor ventilation

Greening the city, the community and your home

Ellina Webb is a Marketing Specialist at Mitsubishi Electric

We upload new articles every week so remember to check back regularly.