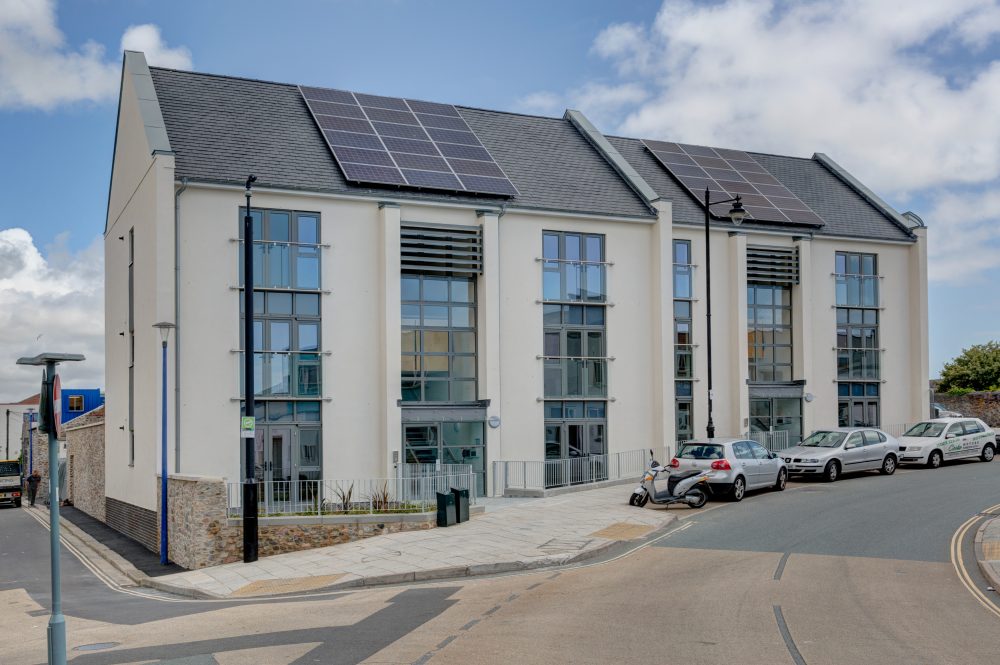 H+H Celcon blocks were used in an award-winning landmark self-build housing development in Plymouth. 24 one-bedroom homes were constructed in George Place: 12 were built for and by ex-servicemen; six homes were built for people with learning disabilities and six for general needs affordable rent. A quarter of the homes within the development are wheelchair accessible and all are designed to be capable of meeting criteria for Lifetime Homes. 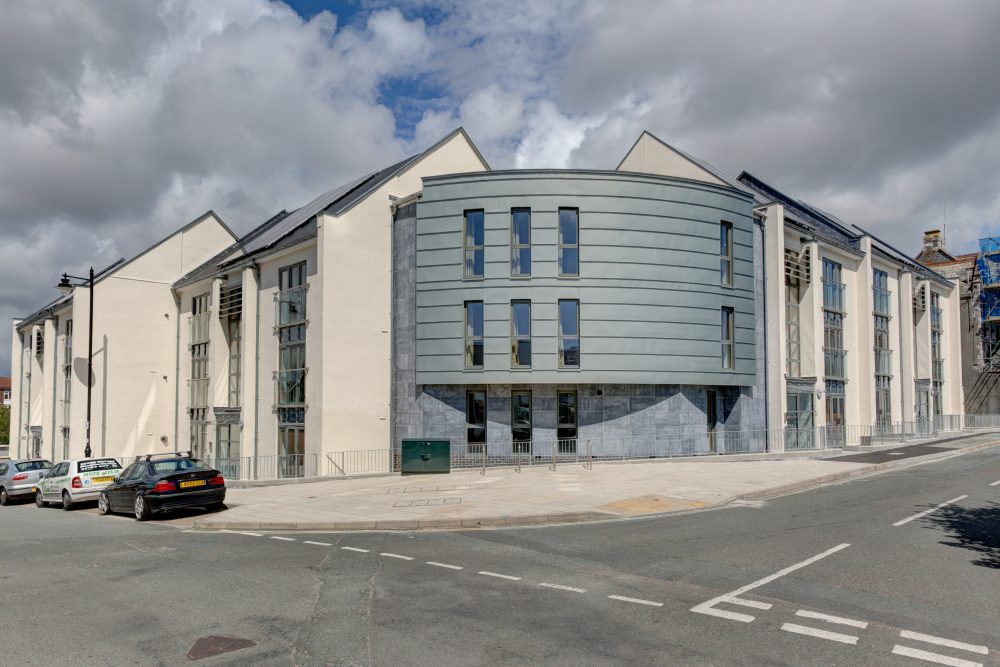 Local architect Form Design specified the use of lightweight blocks in order to achieve ‘Robust Details’ for acoustic and thermal performance. Phil Roberts, Senior Design Manager at Interserve said: “Although other lightweight blocks were initially considered, in the end we chose to use H+H Celcon Blocks. This decision was made primarily on the company reputation of H+H”.

H+H 100mm High Strength Blocks 7.3N and 140mm Standard Grade Blocks 7.3N were used for the outer leaf on the external cavity wall to meet Robust Details E-WM-23 and 24. Two leaves of the High Strength aircrete blocks were used with traditional mortar and a 100mm cavity in between. The fully filled cavity solutions, designed to address the thermal insulation requirements of Part L, have the added benefit of providing a high acoustic performance which exceeds the requirements of Part E of the Building Regulations.

Phil said it was very straightforward to use the blocks and Interserve experienced no problems with using the product.

“We were initially nervous about using the aircrete blocks on the outside leaf and needed to check compatibility with the specialist render system first”. Once Interserve were satisfied with the performance of the H+H Celcon Blocks, render was applied directly to the product, with support from the H+H Technical Department. 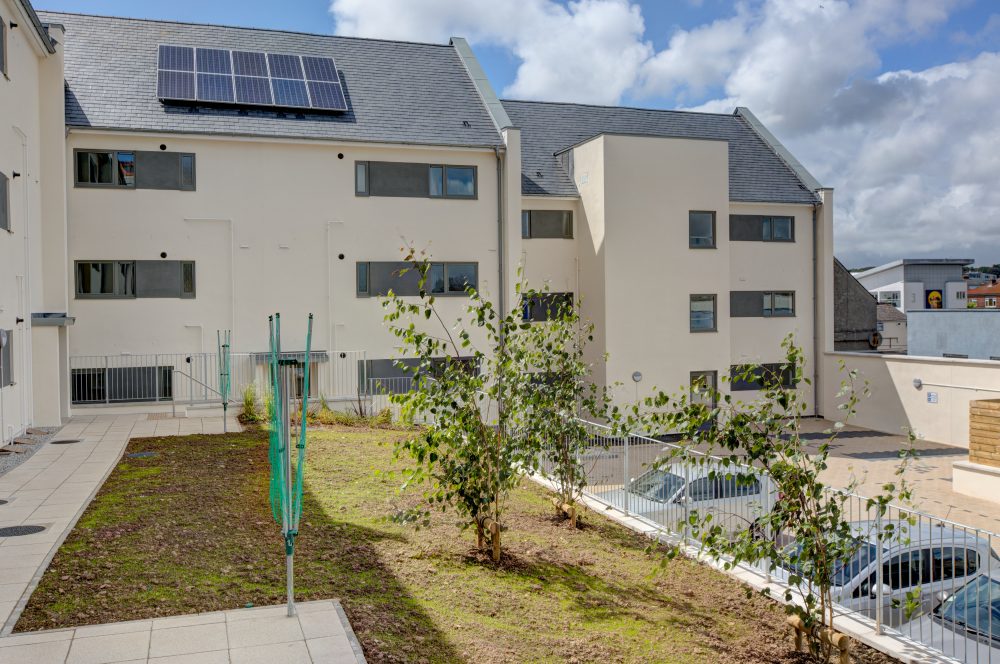 The lightweight nature of aircrete leads to a number of functional and financial advantages when compared to more traditional building material as aircrete is less than half the weight of the equivalent dense aggregate block, which had been originally specified. The lightweight properties of the H+H Celcon Blocks was a key benefit for the veterans; most of whom had never worked on a construction site before.

The veterans were able to gain recognised qualifications in ‘Working at Height’ and ‘Safety in the Use of Abrasive Wheels’. They also completed training in carpentry, plastering, bricklaying and general labouring duties and two veterans were entered in the Site Manager Safety Training Scheme.

H+H prides itself on the value of its customer service that it provides to contractors, from the beginning to the end of the project. The location presented a number of challenges for delivering materials to the site which was restrictive for standard articulated vehicles. By visiting the site beforehand and working closely with Interserve’s site manager, H+H was able to review access and offer delivery of the product via a Draw Bar vehicle with a crane.

Stella Clarke, Chair of the Community Self Build Agency, said: “The aim of the project is to provide homes for veterans and also help overcome some of the barriers they may face when trying to access housing and employment, and make it easier for them to integrate back into the local community.

“We’ve done two similar schemes in Bristol and it can be really hard for people leaving the armed forces to get back into normal, everyday life, especially as many are young when they join the army. Some people really struggle, and obviously, some have very bad injuries, while many will suffer from post-traumatic stress disorder.”

A study conducted by the University of the West of England on CSBA’s previous self-build schemes found that for every £1 spent on a self-builder, between £4 and £7.20 was generated for the local community. The Nelson Project gave the self-building veterans somewhere to live as well as valuable skills and training which has helped them on the path to sustainable employment. One third of the veterans who volunteered to take part in the project have subsequently found employment within the construction industry.

The Nelson Project was completed in July 2017 with the first residents moving in shortly afterwards. The scheme scooped ‘Best Smaller Development’ and the ‘Abercrombie Award’ (awarded to the best overall planning project) at the Plymouth City Council Abercrombie Awards in November 2017.