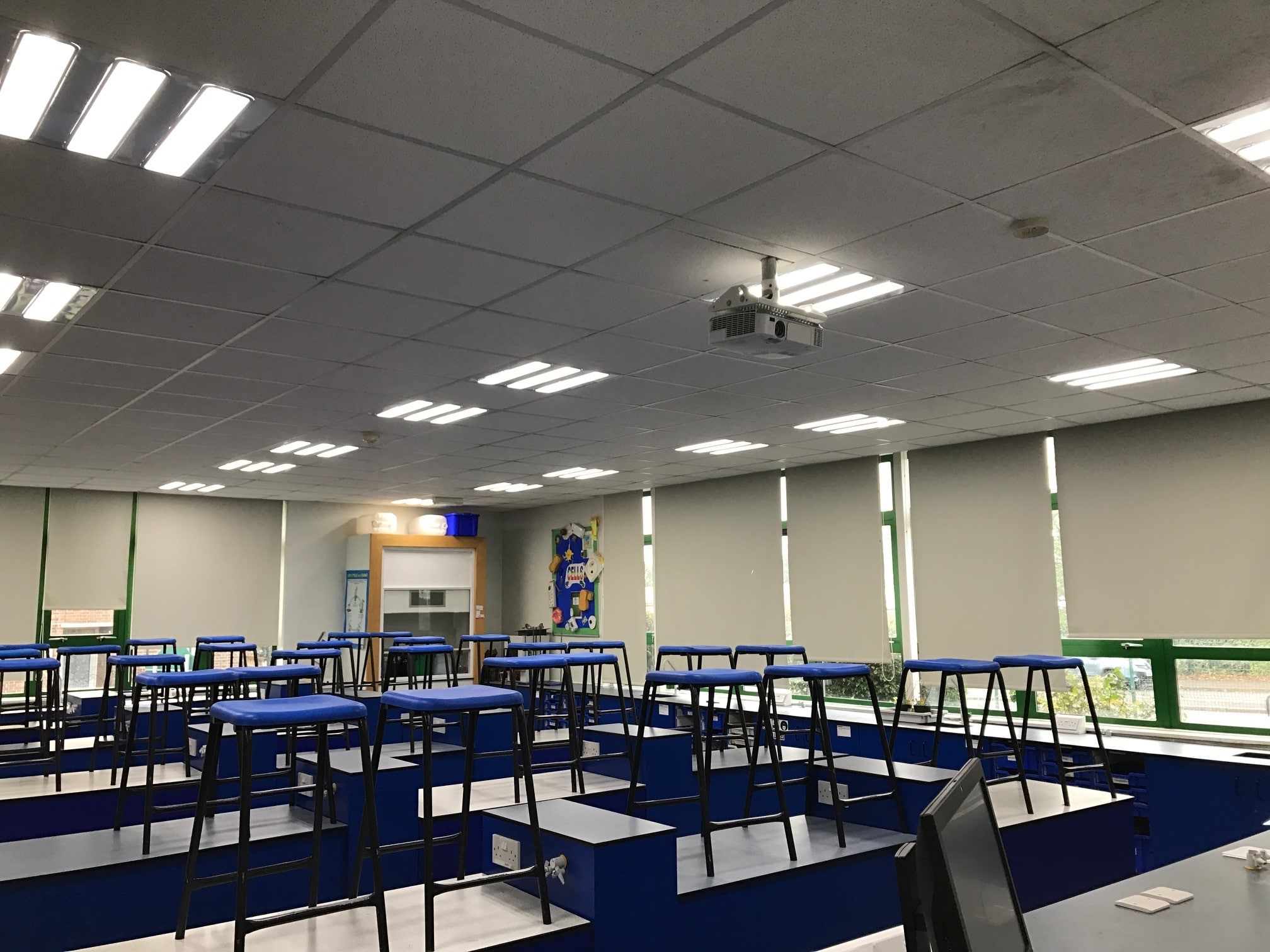 A high school is due to save more than £320,000 over the next 15 years just by changing its lightbulbs, thanks to renewable energy company Greenio.

Trinity Catholic School has had a full LED lighting system installed both internally and externally at its site in Nottingham. The 1,350 LED project, which has just completed its second phase, will begin to offer savings of more than 150,000kg of carbon dioxide per year – the equivalent of over 200 trees.

Changing the external lights at the school also improves health and safety and will save the education facility an estimated extra £3,000 per year. The school plans to invest the money it will be saving into books, laptops and staff development.

Assistant headteacher Steve Manderson said: “As a project it sounded daunting to change 1,350 lights in the school but it was a surprisingly smooth process.

“Since the first installation of the LED lights six months ago, we’ve already seen the energy bills come down. The lighting has much improved work spaces and we expect to save hours of time changing light bulbs. It’s given the schools a more clean and modern look, with departments already acknowledging a vast improvement in the quality of the light. It’s a win-win situation.”

The installation was cost neutral, with the school paying the difference in savings for the duration of a four-year payback period in order to cover the capital cost of the equipment. A Carbon Trust grant has reclaimed £5,000 of the investment back for the school – which can be used on anything the education facilities likes.

Anna Wooster, managing director of Greenio, said: “Having worked with many schools across the country it was a blessing to work closely with Steve Manderson and his team, who were accommodating, understanding and so driven to turn this school into a sustainable future proofing hub. The fact the school has now gone for phase 2 is really special.

“There are no upfront costs for the school and it will always be in a positive position. The school now has more money to spend on learning and providing a better education for pupils. Some schools have bought new equipment such as laptops and books, whereas others have invested in their staff development and even hired extra members of staff.”

Greenio, which was set up in 2013 and is based in Sleaford, Lincolnshire, has been involved in dozens of educational projects. The company is now starting to work with local councils across the UK to reach out to schools and offer them cost-saving heating and electrical solutions.

Anna added: “You’d think having to change thousands of lightbulbs would cause some disruption but no learning is interrupted. Some schools prefer it to take place during the holidays, however we’re happy to work around the school – working late out-of-hours shifts to ensure the smoothest transition.”

To learn more about this project, or to find out how you can improve your carbon footprint and save money, contact Greenio on 0800 810 0565.