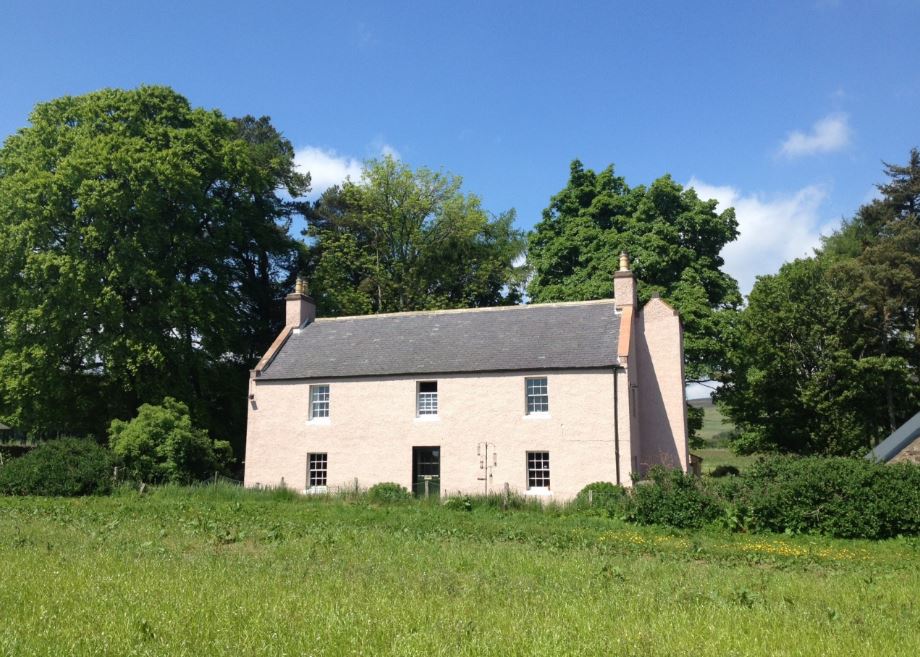 A project, led by Robert Gordon University (RGU), to successfully insulate a 250 year-old farmhouse in rural Aberdeenshire has received a Commendation in the Scottish Energy Efficiency Awards.

Bogendollo House, an early 19th century category C Listed Building at Fettercairn near Aberdeen, was the subject of an extended trial to assess the viability of high performance spray foam insulation as a means of preventing heat loss in architecturally significant buildings.

The project was undertaken as a collaboration between academics at RGU’s Scott Sutherland School of Architecture and Built Environment in Aberdeen, Heriot-Watt University in Edinburgh and industry partners Icynene, suppliers of the insulation system, in association with locally based Conservation Contractors, Kishorn Ltd.

The initial trial was completed seven years ago followed by two years monitoring of the hydrothermal performance of the insulated room. The building received further improvement last year where the entire building was insulated and airtightness addressed at walls and openings level.

The work was funded by the European Regional Development Fund and the Scottish Government’s SEEKIT Programme under the Construction Improvement Club (CIC) scheme.

The Bogendollo project was led by Dr Amar Bennadji, Principal Investigator and Lecturer in Architecture at RGU.

“Scotland has a rich heritage of architecturally significant properties, many of them built when little thought was given to heat retention,” he said.

“We wanted to show that heat-loss mitigation measures can be introduced to these buildings without compromising delicate internal finishes which often influence their elevation to listed status as much as their external structure.

“At Bogendollo, many period internal features were still intact and our over-riding objective was to bring the building up to modern standards of thermal performance without damaging these delicate and irreplaceable features.”

Bogendollo House falls squarely into the category of ‘Hard to Treat’ in terms of its ability to receive insulation. Built of solid masonry, with a soft, lath-and-plaster internal skin bearing period dado rails and architraves, the building raised significant challenges to the team.

The process, devised by Dr Bennadji, involved the injection of the foam insulation into the narrow void between the external walls and the lath-and-plaster lining.

The successful use of high-tech insulation materials on important heritage buildings is of great significance both in Scotland and the rest of the UK. Under European Regulations, around 400,000 historic buildings are required to be insulated to a standard that will achieve appropriate energy and carbon savings.

Dr Bennadji added: “There is obviously a delicate balance between reducing energy consumption and preserving our built heritage. This project has clearly established that energy consumption can be reduced with no impact on the aesthetics of the building. We believe this opens the door for both historic buildings and older domestic properties to finally retain warmth, reduce their energy bills and contribute towards efforts to curb global warming.”

The Scottish Regional Energy Efficiency Awards were launched in September 2016 following the changes in Government Energy Efficiency Policy. The awards were set up to help recognise the work being carried out by the energy efficiency sector in Scotland in their delivery of the Green Deal Finance Initiative and Energy Company Obligation Scheme.

The Bogendollo project was Highly Commended in the Small-Scale Project of the Year Category.