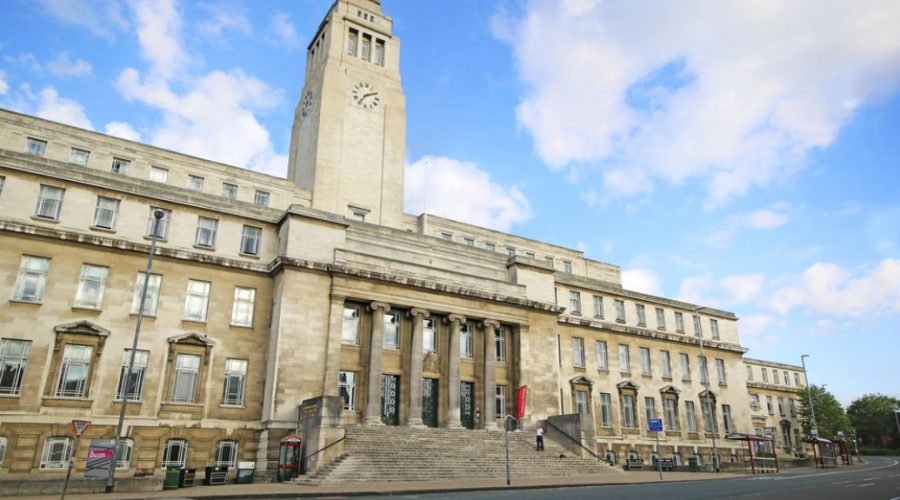 The University of Leeds is one of the UK’s most prestigious higher education institutions and is renowned for the quality of its teaching and research. When its School of Chemistry needed to reconfigure and optimise its ventilation and controls strategy, a Building Energy Management System (BEMS) from Trend Control Systems provided the perfect formula.

Although the University of Leeds was founded in 1904, its origins go back to the founding of the Leeds School of Medicine in 1831 and then the Yorkshire College of Science in 1874. Today it is part of The Russell Group, an association of 24 leading UK universities dedicated to conducting the very best research, providing an outstanding teaching and learning experience, and forging unrivalled links with business and the public sector. Named University of the Year 2017 in The Times and The Sunday Times Good University Guide, it is also in the top 100 universities for academic reputation in the QS World University Rankings 2018.

The University of Leeds has a longstanding commitment to reducing its carbon footprint by the efficient use of energy. Its energy team monitors and manages utilities across the estate, taking positive action to reduce energy and water consumption in conjunction with the University Sustainability Service.

Robert Douglass, the Mechanical Services Manager at the University of Leeds explains, ‘We produced our first Carbon Management Plan in 2006 and in 2011 adopted a challenging target to reduce carbon emissions by 35 per cent by 2020-21, against our baseline year of 2005-6. As the estate expands, it places an ever increasing demand on our consumption and, with emissions in 2015-2016 of 45,523 tCO2, representing an overall reduction of 29%, it is more important than ever that we deliver meaningful interventions in order to continue reducing our emissions in line with our target.’

Part of the Faculty of Mathematics and Physical Sciences at the University of Leeds, the School of Chemistry houses a wide range of equipment, laboratories, teaching and storage areas. Given the amount of chemicals located on the premises, ensuring health and safety compliance through appropriate ventilation is vital.

Although considered cutting edge 25 years ago when it was first installed, the previous ventilation system was showing signs of wear and was becoming increasingly costly to operate and maintain. Robert Douglass comments, ‘We felt that it was time to redesign the whole system in order to keep occupants safe and reduce expenditure on this part of the building’s infrastructure. I was aware of the great strides that have been made in ventilation based technology in recent years, and after seeking advice from a US based consultancy firm specialising in modelling wind dynamics and developing wind responsive control systems, I contacted our longstanding BEMS partner, Westminster Controls, to request their assistance with development of the scheme as part of the project team.’

For the last 25 years a Trend BEMS has been installed across the entire campus and is supported by Westminster Controls. Westminster is a Leeds based controls system specialist and Trend Technology Centre (TTC) that works closely with the estates team to manage and operate the system. The company’s operations director, Adrian Hall, says, ‘Our aim is to provide complete integrated control systems and we are proud to be one of a select group of Trend TTCs. I’ve worked closely with the University of Leeds since I joined Westminster Controls over 15 years ago. Therefore, I’ve built up a great relationship with the University and have an excellent understanding of the building services infrastructure across the campus.’

Modern laboratories are often equipped with variable air volume (VAV) heating, ventilation and air conditioning (HVAC) systems. These systems control the level of fresh air that is brought into a laboratory and conditioned. However, on the extract side, buildings are often designed with constant volume dilution systems that are normally running at 100 per cent flow.

‘The difference between the building interior airflow and the flow out of the extract stack is controlled with bleed dampers that feed additional air into the extract fans,’ states Adrian Hall ‘ For large laboratory extract systems with multiple fume cupboards and LEV’s, it is often possible to operate the fans at reduced volume rates using VAV. With a VAV fume dilution system, the volume flow rate out of the dilution stack can closely match the dispersal needs of the building with respect to wind direction and velocity and still maintain adequate air quality at all nearby air intakes and other sensitive locations. When accurately controlled it is possible to eliminate or reduce the need for bleed air, resulting in significant energy savings.’

Through the implementation of this project, the dilution extract system has been converted to operate as VAV, which now minimises the amount of air flowing through the bleed dampers. By doing this, significant energy savings are being realised by reducing the operating volumetric flow rates of the extract fans. All dilution extract fan systems are now safely operating at less than 100 per cent of design flow at all times.

‘The new system dictates the minimum fan speeds at which duct static pressure can be maintained, verifies the functionality and response rates for the bleed dampers, and allows the sequence of operations to be implemented,’ adds Adrian Hall. ‘Once we had got to a point where fan energy use was minimised as much as possible, we needed to ensure that we could optimise the control of the new system – that’s where the BEMS came in.’

A Trend BEMS has been installed at the University of Leeds, School of Chemistry for many years and, while it was working well, the University decided to upgrade some of the controllers to enhance operational effectiveness and lower energy consumption.

‘Much of the previous BEMS comprised IQ®1 devices and although these were working well we felt that replacing them with a range of state-of-the-art IQ®4 products would complement the work on the ventilation system,’ says Adrian Hall. ‘They incorporate features that simplify installation, engineering and commissioning, making them particularly suitable for energy efficient, highly distributed local control of services. As with all Trend devices, backwards compatibility is designed in from the outset, so the entire IQ®4 range can communicate with any IQ®1, IQ®2 or IQ®3 controllers already in-situ.’

All of the information collected by the controllers is presented via a centrally managed Trend 963 Supervisor – a graphical, real-time user interface that makes it possible to monitor specific activities and make any necessary changes. It even learns the structure of a system so that it can make adjustments to how the building services are configured. Furthermore, individuals are only presented with information and functions that are relevant to their authority or task, ensuring that consistent standards of operation are maintained.

As well as monitoring the status of the ventilation system the BEMS also carries out a weekly damper test to ensure that everything operates correctly. This allows the effectiveness of the system to be maintained and verifies the dampers are able to moderate the fan speed as per the controls strategy. Alarms are also configured to alert designated personnel if defined setpoint and sensor parameters are exceeded.

The pre-project feasibility assessment initially indicated potential annual energy savings of £48,500 (655MW/h) and a projected renovation cost of £180,000, resulting in a predicted payback period of 3.7 years. After completion of the VAV extract system, the analysis of power meter readings from 1st December 2016 to 1st June 2017 indicated extrapolated annual energy savings of £43,672 (587MWh).

Asked about the slightly reduced energy savings compared to what was initially predicted, Adrian Hall replies, ‘The anticipated turn down rates were found to be difficult to implement in full due to the age of the existing fans and operational anomalies with some of the laboratory specific sub systems. Either way, given a final project cost of £180,000 the scheme still represents an excellent return on investment.’

What has been achieved is testament to the determination of all parties to get the very best out of the BEMS. The final word goes to the University of Leeds’ Robert Douglass, who concludes, ‘After working with Adrian and his team for many years and enjoying the benefits of having a Trend BEMS, I had high hopes for significant energy savings as a result of this project. The recorded savings speak for themselves and are evidence to the hard work and professionalism of the Westminster project team.’