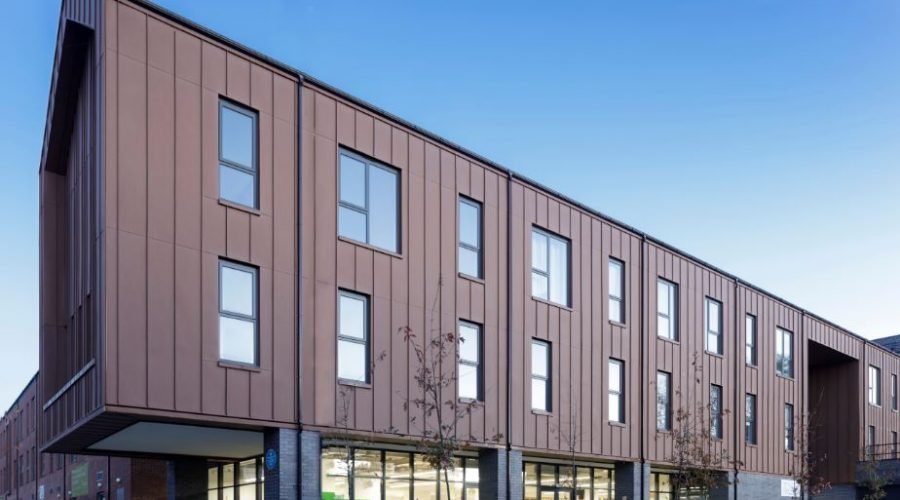 Designed by leading UK architecture firm PRP on behalf of Trafford Housing Trust (THT), Limelight is a pioneering community health and wellbeing hub in the heart of Old Trafford. Creating one of the first of its kind, PRP designed a scheme which successfully integrates housing for older people with primary care and council services, whilst also providing a range of intergenerational facilities for the wider community.

Limelight forms part of THT’s vision to regenerate Old Trafford. The development integrates 81 extracare apartments into a single building containing a GP surgery and associated health facilities; space for the delivery of council services, as well as a library, social enterprise space, a community café, flexible event spaces, a 40 place children’s nursery, and sports and recreational facilities alongside the relocation of St Brides Church. 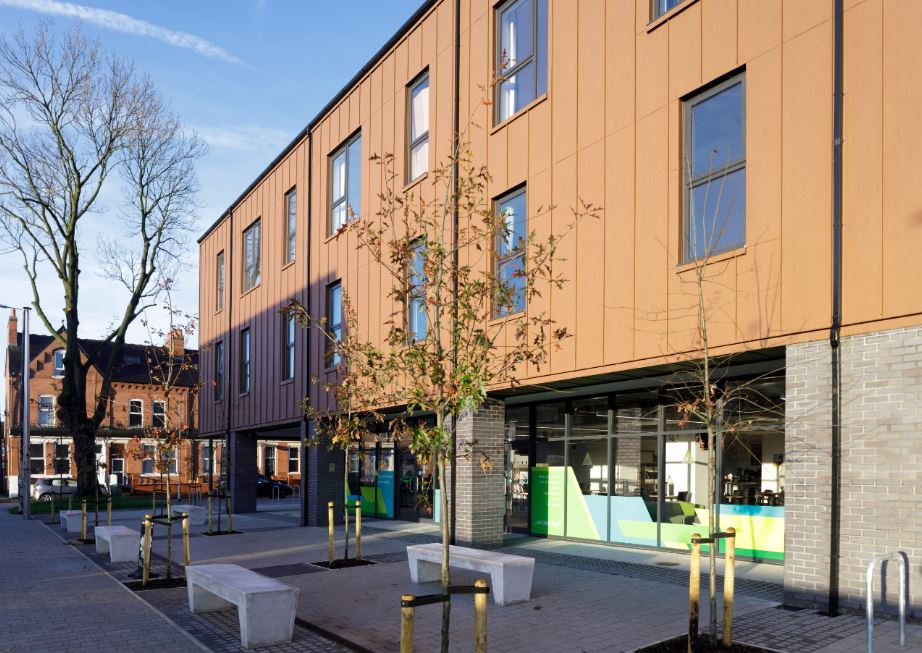 Limelight is one of the first integrated hubs to be delivered in the UK and is a model for future age friendly developments, placing older people at the very heart of their community. The concept of a multi-use building started in 2007 when THT commissioned a masterplan for Old Trafford to evaluate existing housing stock and integrate new built forms into established neighbourhoods. The report highlighted the need for community facilities as the central focus of nine projects and the site on Shrewsbury Street was selected for its accessibility and the diversity of the neighbourhoods which surround it.

Graham Locke, Director at PRP, said: “THT and PRP were keen to engage with the community from the outset, seeking their views on what they thought was needed and using these to inform the emerging designs which we showcased in a series of consultation events. This enabled the community to be involved throughout each stage of the design development and helped to deliver a building which reflected their aspirations. We consulted local schools, colleges and local residents to discuss the proposals. Where possible, we took their feedback on board and incorporated it into the evolving design right up to the planning submission. The local community’s sense of ownership of the facilities is evident through the number of centre volunteers who help meet the user’s wishes and suggestions and maintain the now thriving hub.”

When designing the scheme, PRP and THT were acutely aware, that for Limelight to become an enduring asset for the area, the building needed to be strongly influenced by the local community, existing service providers and key local stakeholders, both in its initial design and also the way in which it could be used and adapted to ensure that it met the community’s ever-changing aspirations.. 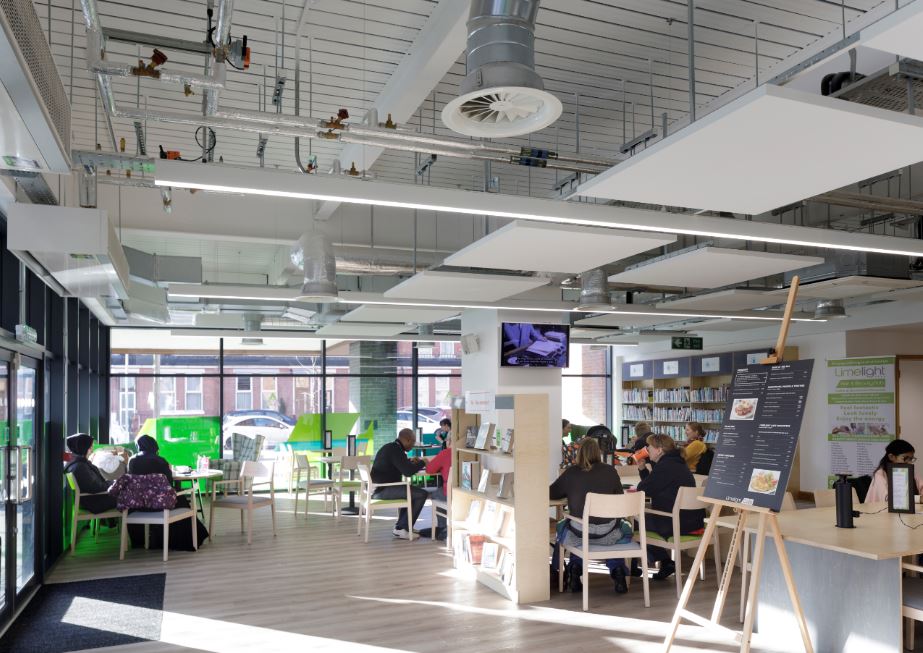 This commitment to ensuring the development met its various stakeholder and user requirements, resulted in THT employing a number of community champions who lived locally, and who they continued to engage with beyond planning approval. The champions had direct influence on areas such as the detailed landscaping proposals, interior design, public art, as well as the building’s daily management, with many now sitting on a board of trustees for the development to provide a direct link between the community and THT.

PRP designed the scheme to integrate with the surrounding neighbourhood with the built form retaining the existing historic Victorian street pattern where it remained and re-establishing it in places where post-war development had caused it, in part, to be lost.

The built form and landscaping approach helped redefine the strong urban grain based on the creation of three new streets; a residential street which responds to the local vernacular; a community street (including a new public square) and a third ‘wellbeing’ street which links to the wider recreational playing fields.

The architectural character of each built form changes to reflect its specific context and use; Shrewsbury Street has adopted an architectural rhythm which responds to the traditional terraced housing opposite, while St Brides Way presents a civic quality that reflects the new public building opposite and creates a distinctive new gateway into the area.

This approach has successfully enhanced the wider neighbourhood and while it is a much larger building than its neighbours, attention to scale, form, proportion, detailing and use of materials allows it to sit comfortably within its primarily residential context.

There are a number of amenity areas around the development; a hard-landscaped civic space between Limelight and the new Church which serves as a piazza during the summer allowing the café and church to open out onto the street. There is also a landscaped buffer around the building which includes a children’s play area and community gardens creating a different setting to each of the building frontages and a landscaped courtyard located at the heart of the development at first floor podium level which provides the principal amenity space for extra-care residents.

Formally opened in December 2017, Limelight has already made a positive impact within the local community, hosting a range of events and activities, ranging from children’s readings to drawing classes and open mike nights. The community have vested ownership of Limelight and Trafford Housing Trust are rising to the challenges and opportunities that this creates.