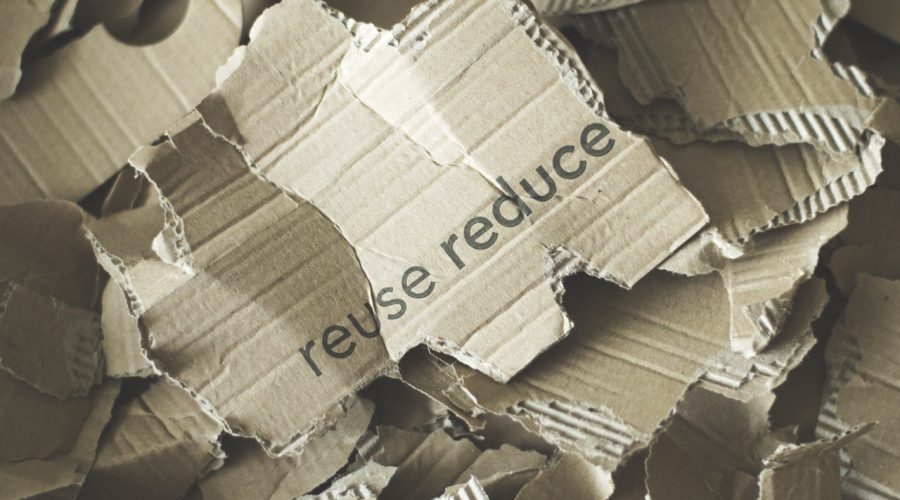 After a trip to the tip, Ellina Webb ponders over the trivial topic of recycling to uncover if 70% of waste really can be recycled or reused in some way.

This weekend I finally decided to clear out some of the clutter which has been gathering in the spare room.

Flat packed boxes from old online orders, plastic packaging from even older online orders and a back catalogue of Vogue from who knows when.

Aside from what seemed to me like ‘recyclable rubbish’, there were other random bits of junk that I no longer needed, from broken glassware to half burnt candles, so I packed up the car and headed to the local recycling centre.

Conveniently last month the Government released its UK Statistics on Waste announcing that the UK recycling rate for waste from households was 45.2% in 2016, up from 44.6% in 2015 and on target to meeting EU targets for the UK to recycle at least 50% of household waste by 2020. Great news!

It seems to me like the easiest item to recycle is a cardboard box, its simple to flat pack and match up to the right skip, but for everything else, the crowds gathering on the day I went to the tip were heaviest around the ‘non-recyclable plastic’ bin.

I even had to venture over there myself as I was told by one of the staff that the plastic bags my online orders had arrived in where best suited to that category! A stark reminder of how indestructible plastic is and why we mustn’t assume that all packaging nowadays is recyclable – as I will talk about in more detail later…

What was really disappointing for me however was the amount of useful household items dumped in this location – even an old ‘Barney the Dinosaur’ lay at the bottom, probably discarded by some young adult whose parents have forced them to remove their junk from the loft. Poor Barney. Would he not have been better suited to the charity shop?

The easiest thing for us all to do when it comes to improving recycling rates and reducing landfill waste is to take a step back and look at the ‘rubbish’ we are chucking. Old toys, old clothes and old household items can be given a new release of life, even if they are damaged.

In fact if you have the time to put in the research you can even find out if local charities near you upcycle and put new life into old objects – like ‘Recover Team’, a Hertfordshire ‘furniture up-cycling social enterprise’.

Another way to sustainably discard of any old items to ask friends, family and colleagues who might want an object that you no longer use – that’s what I ended up doing with my half burnt candles! Or if you want to make a bit of money, a local car boot sales or even apps like Gumtree are worth an investigation.

So as I’ve discovered, recycling plastic is the most confusing when it comes to what is acceptable and what isn’t.

According to Recycle Now if you want to recycle plastic film and bags at recycling points, not everything will be accepted, that includes non-polyethylene film like PVC, cling film, yoghurt pot lids, prepared salad bags and any film claiming to be biodegradable!

What’s more, for the plastic which is recyclable at these points (see the list here), all items need to be clean or free of food and free of sticky labels.

Of course these recycling point rules do exclude some plastics which are recyclable so just because they won’t accept them, doesn’t mean somewhere else won’t. In order to fully understand the complexities of recycling plastic, consumers need to get their heads around The Seven Plastic Codes, which I have tried to simplify….

To continue reading the next segment, ‘The Seven Plastic Codes‘ visit: https://les.mitsubishielectric.co.uk/the-hub/recycling-confusion