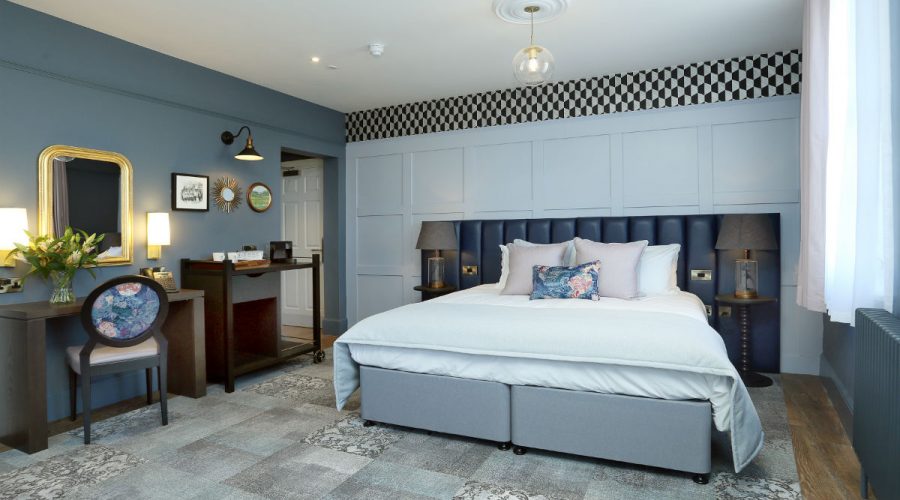 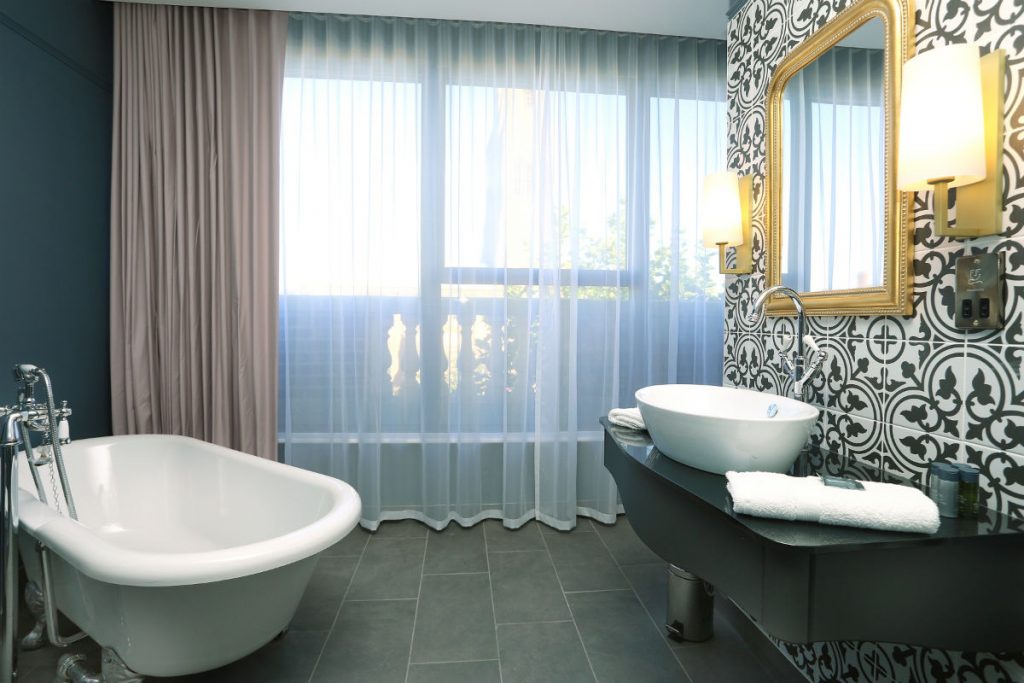 A SUITE overlooking cathedral gardens, original fireplaces and character windows are just some of the features included in a new £1.8m boutique hotel in a historic location in Leicester. 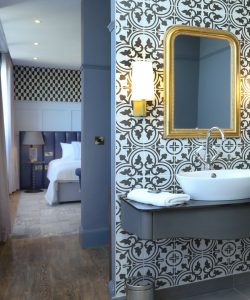 Two empty office buildings in Peacock Lane and New Street – adjacent to the site of the car park where King Richard III’s remains were discovered – have been converted into the 28-bedroomed St Martins Lodge, which opened in October.

Building Services Design (BSD) provided mechanical and electrical engineering services for the Grade II* listed Georgian buildings, with many of the original features being retained – including the hallway, with its chandelier and staircase.

Joel Sawyer, director at BSD, the lead designer on the project, said: “We’re delighted to be involved in a project that has created modern, elegant accommodation while at the same time, honouring the heritage of the important site and its surroundings.”

As 40% of the hotel – located directly opposite Leicester Cathedral – is of listed status, all original internal cornices, ceilings and floors are having to be retained, meaning BSD had to design the building services around the structure of the existing building.

Joel said: “We provided a design that is a mix of traditional and modern installation, meaning some of the building services run through the floors and into the ceiling. To meet listed status building regulations, air conditioning equipment has also been moved to the roof where it is out of sight.

“In order to make the spatial challenges work, we held regular on-site visits in order to overcome and catch any potential problems before they happened.”

The plantroom has been designed to fit within the existing basement, which has height restrictions due to a vaulted ceiling.

Joel added: “To ensure the heating system would fit within the confinements of the basement, it has been designed as a modular system for better efficiency and ease of installation.

“The domestic water and hot water systems have also been centralised in the basement and we have made provisions within the design to allow for a possible connection to the Leicester District Energy Scheme, which supplies low-cost, low-carbon energy to major buildings across the city. The future advantages of this will mean energy efficiency and lower running costs.”

Richard III was buried more than 500 years ago following his death at the Battle of Bosworth in 1485. His remains were discovered by archaeologists in 2012 underneath a Leicester City Council car park. The king was reinterred in Leicester Cathedral in 2015.

Nick Quinn, director of St Martins House, said: “With our neighbouring conference and events centre, St Martins House, located only a few steps away, we are now able to offer a 24-hour conference rate – including overnight accommodation with breakfast – alongside our function run hire and catering facilities.

“This is frequently requested by conference and wedding hosts so St Martins Lodge is now meeting a known demand and adding to the room capacity available for business and for tourism in the city.”

BSD is also working with the Diocese of Leicester to bring a new monastic community – called the Community of the Tree of Life – in the heart of Leicester, next door to the hotel.